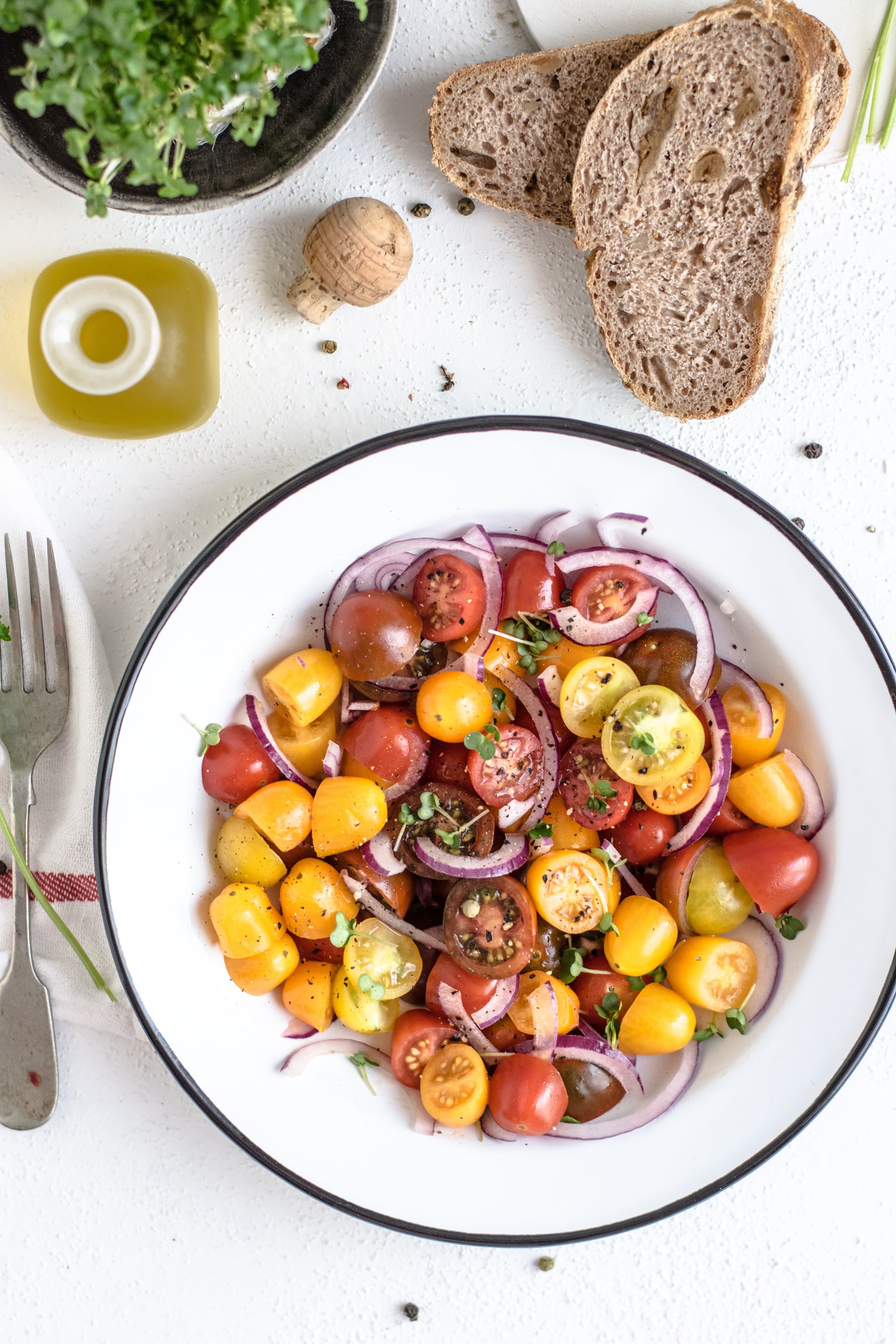 There are a number of reasons why some women may struggle to conceive naturally, leading a percentage of said women to choose to go through the route of in vitro fertilization (IVF) to get pregnant. Although much of IVF is up to chance and the science of the process, there is something women trying to get pregnant could be doing to help improve their chances of not only conceiving but of having a successful birth: eating a Mediterranean diet, or "MedDiet," before starting the IVF process.

The study, which was published in Human Reproduction's March 2018 issue and conducted by researchers at the department of nutrition and dietetics at Harokopio University of Athens, looked at the influence of the MedDiet — a diet high in fresh vegetables, fruit, whole grains, legumes, fish, and olive oil, and low in red meat — on IVF performance in 244 nonobese women ages 22 to 41. The women, who each underwent their first IVF treatment in Athens between November 2013 and September 2016, were split into three different groups depending on their "MedDiet score," or the amount on a scale from zero to 55 that they adhered to the diet according to a food survey.

The first group of 79 women had scores between 18 and 30, the second group of 79 women scored between 31 and 35, and the third group of 86 women scored between 36 and 47. Compared to the 86 women in the group with the highest MedDiet scores, the women among the lowest scores "had significantly lower rates of pregnancies (29 percent versus 50 percent) and live births (26.6 percent versus 48.8 percent)." Additionally, researchers found that for the women who participated under 35 years old, each five-point increase in their MedDiet score was associated with around a 2.7 times higher likelihood of achieving pregnancy and a successful birth.

"Diet impacts fertility and certain nutrients and food groups appear to have a greater effect on reproductive health, but there are relatively few published data on the role of dietary patterns, and the MedDiet in particular, on assisted reproductive performance," the study reads.

Leader of the study, Associate Professor Nikos Yiannakouris, added: "The important message from our study is that women attempting fertility should be encouraged to eat a healthy diet, such as the Mediterranean diet, because greater adherence to this healthy dietary pattern may help increase the chances of successful pregnancy and delivering a live baby."

Despite these result though, the researchers involved in the study understand that their findings are limited and can't be blanket applied to larger groups. "Our finding cannot be generalized to the whole reproductive population, nor to obese women, nor to women attending infertility clinics around the world," the study reads. "In addition, due to the observational study design, causal inference is limited."

If you're going through the process of IVF, talk to your doctor before radically changing your diet.