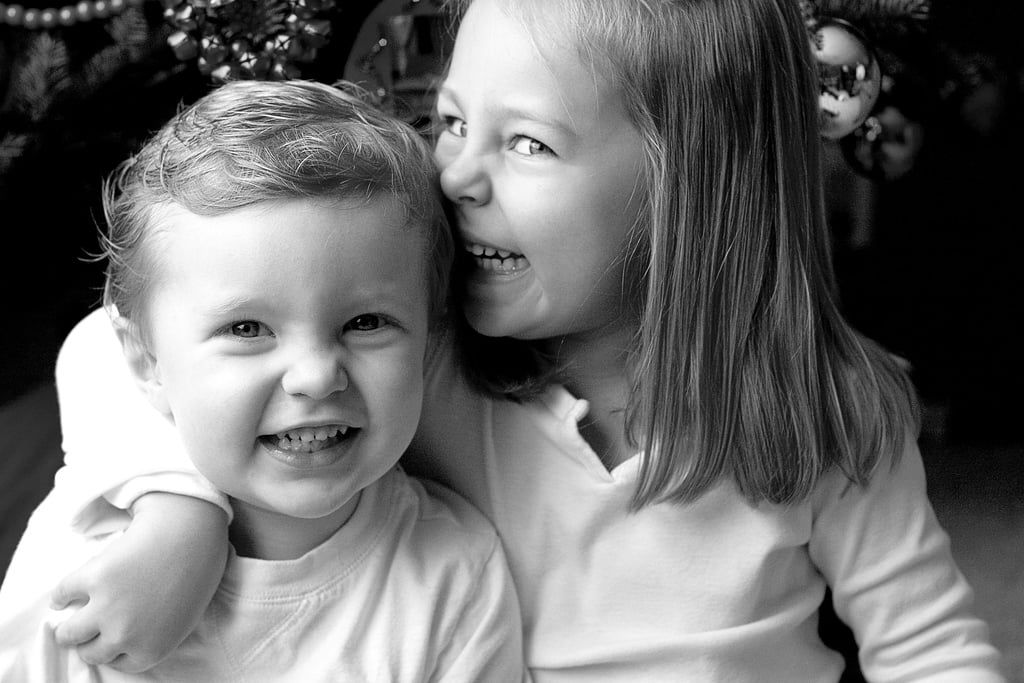 I always knew I wanted to be a mother . . . eventually. Whenever I pictured my life 10 years down the line, I saw kids — I just didn't see them right around the corner, which is when they came. It happened twice, unexpectedly, in just as many years, and I was stunned, overwhelmed, and utterly terrified. The thing is, I'm a planner. The unexpected is not something I embrace, and as much as I like to think I can roll with the punches, I've failed at it miserably as an adult. If my world were a closet, everything would be colour-coded, labeled, and categorized to within an inch of its life. Get the picture?

Pregnancy and parenthood didn't fit into my life when I actually did get pregnant. My boyfriend and I? Not married (and though not a prerequisite, that was how I once pictured the order of things occurring). My career? I was not yet the boss lady I wanted to be. Our apartment? Though generously proportioned, it was (and is) essentially a studio.

If I had waited to have kids until I thought I was ready, it never would have happened.

But I couldn't avoid it or pretend it wasn't true. Reminders came in the form of stretch marks, engorged breasts, and swollen feet. My scrawny frame was unaccustomed to the accelerated pace at which I gained weight. My breathing became labored, making it difficult to navigate city stairs and subways or walk my normally breezy morning and evening commutes. I also found myself lightheaded at the start of each pregnancy, which made crowded areas the perfect constructs for blacking out. Ever ask a New Yorker for their seat on the subway? Yeah, don't even try.

I also faced something unexpected, which was a condition called cholestasis, which is a condition of the liver that occurs in the later stages of pregnancy. Though not life-threatening to the mother, it can be to the child. The onset of this issue began when I started to notice severe bouts of itchiness on my belly. Naive to what it could be, I assumed this was the normal sensation attributed to the stretching of the skin, but when I finally mentioned it to my doctor, she ordered tests to be done. The results proved that my liver levels were high and that carrying the child past 37 weeks could mean the risk of stillbirth. I was now to be induced three weeks earlier than planned.

It was well and truly happening. And I wasn't ready.

After the babies came, there was everything else. We faced mounting hospital bills, daycare expenses, diapers, clothing, and the list goes on. For any unplanned life event, the thing that will always kick you sideways is the financial side effects. I made the difficult decision to leave a job I loved for one that paid more and allowed the flexibility of part-time, offsite hours. We bent the rules, and our lifestyles, to best accommodate these two new additions.

No, I wasn't ready at all. I wanted to live my life selfishly, focus on work, spend my money on myself, and live freely, but the entire experience taught me that if I had waited to have kids until I thought I was ready, it never would have happened. I've borrowed this mindset from a quote that I was happy to stumble across recently. From the wisdom of actor Hugh Laurie, I began to wholly embrace the idea that "there is almost no such thing as ready; there is only now."

I wasn't ready until there was no other choice but to be ready. And you know what? I wouldn't change it for the world.

So what if I have to work five times as hard to get ahead now? Boss lady is still a goal. Our apartment is cosy, but that only makes us closer. We're unconventional, and I kind of love that. We strive so hard to be our best selves, to have everything in order and in its proper box, to wait until the moment that's just right to start something new. And it's true that I, too, would have followed that same prescription for myself had things gone as planned. But I'm the happiest and most content I've ever been, because I'm surrounded by love. And better yet, it's multiplying.