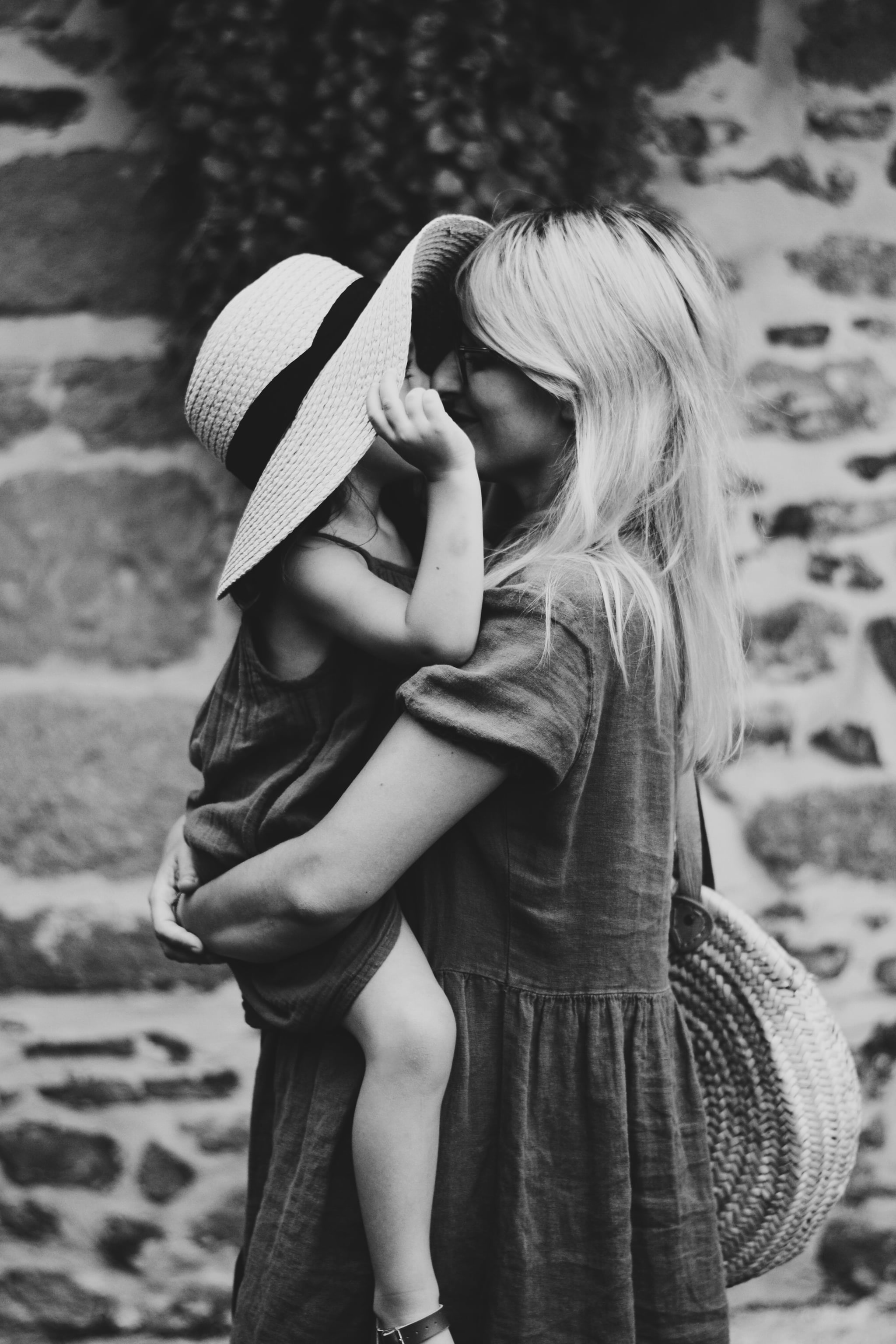 I didn't expect to be having conversations with my daughter about sex and bodies when she was still in preschool, but that is what happened. When she was 3, we had our very first parent-teacher conferences. I went in, expecting pretty much nothing other than her teachers marveling that she's so smart, she paints, plays with clay, sings, and pees in the toilet. And I did get that, but I also got a very hesitant report from the teachers about Thora's use of language.

"She said, 'My mama has giant nipples,' one teacher told me while blushing furiously. My initial reaction was to assure them that I do not, in fact, have giant nipples, although compared to her own, I can see why Thora would think that. Instead, I furrowed my brow. "Is this a problem?" I wondered. Thora nursed well into my second pregnancy and then watched me nurse her sister for more than two years. My younger daughter still nurses from time to time. Of course Thora has seen my nipples and my naked body. But so what? She also likes her own naked body so much that she'll often declare, "I want to be naked!" and strip right down to her birthday suit.

Related:
11 Ways to Start Talking to Your Daughter About Sexual Assault Early

I work to normalize their curiosity and address things directly. I encourage my kids to listen to their bodies and love them no matter what. And I worry all the time that I'm not doing the right thing.

One of the other teachers turned bright pink and took a deep breath. Apparently, Thora also remarked offhandedly one day that she could see this teacher's vagina, which startled the teacher into thinking she had a hole in her pants or was otherwise exposing herself. But no. Thora's in preschool. When she's standing and a grown-up woman is sitting, she's at vagina height. Thinking about it from that perspective, is it really so weird?

"I'm trying to teach her to love her body and bodies in general," I said to them. "Shouldn't she grow up to be a confident woman who loves her own body?" I also explained that, as far as I could tell, Thora says "vagina" the same way she says "elbow." She knows her vagina is for her alone and that nobody should ever touch it other than her. But she doesn't know it's a secret word that she shouldn't say. After all, she knows about half the population has one. I also said it was very important to me that my daughters grow up not having the body dysmorphia and self-loathing that I have. So I work to normalize their curiosity and address things directly. I encourage my kids to listen to their bodies and love them no matter what. And I worry all the time that I'm not doing the right thing.

In the end, I chose not to say anything to Thora about what her teachers told me. I debated it but then decided I didn't want her to feel ashamed for using the correct words and for being curious and expressive. So I let it go and worried for days whether I made the right choice.

A year later, she became very interested in how bodies make babies, and I felt it would be better for me to answer her questions than to ignore them and have her ask her friends. I thought about all the wild misinformation about sex and sexuality that can be spread among kids who aren't given the facts. I wanted her to hear it from me, and even though she's young for these kinds of discussions, I thought it would be better now, before she's old enough to squeal "ewww" and not want to talk about it with me at all. I knew she wasn't ready to talk about sexuality. I knew she wasn't asking me about intimacy, love, or affection. She really just wanted to know how babies are made.

At a friend's recommendation, we came upon the perfect book, called What Makes A Baby, that's given her all the facts and none of the "When two people love each other very much . . ." stuff. This book is free of gender, stereotypes, and assumptions. It's important to us that we raise children who are broadly aware that everybody is different, every family is different, and every kid has a different story. This is one way Thora is starting to understand that. Now she has language for how babies are made factually; she knows the words "egg," "sperm," and "uterus." She knows she came out of a hole cut in my belly in a hospital, while her sister came out of my vagina in the bathtub at home, and both are completely acceptable ways for babies to be born.

We also introduced the concept of "my body, my rules." My hope is that as she gets older, we can connect the two conversations. But for now, "my body, my rules" is an easy-to-remember, catchy phrase that helps us help her establish boundaries around her body. It works for playing, when it gets too rough or she's had enough. It works for tickling, which, to her, is sometimes fun and sometimes not. It works for things she normally loves (handholding, cuddling, kissing) and some things she's lukewarm on (being asked to hug people other than me, her father, and her sister). And as she gets older and asks more detailed questions about sex and intimacy, we can build on it. I'm just hopeful this is the right way to start.