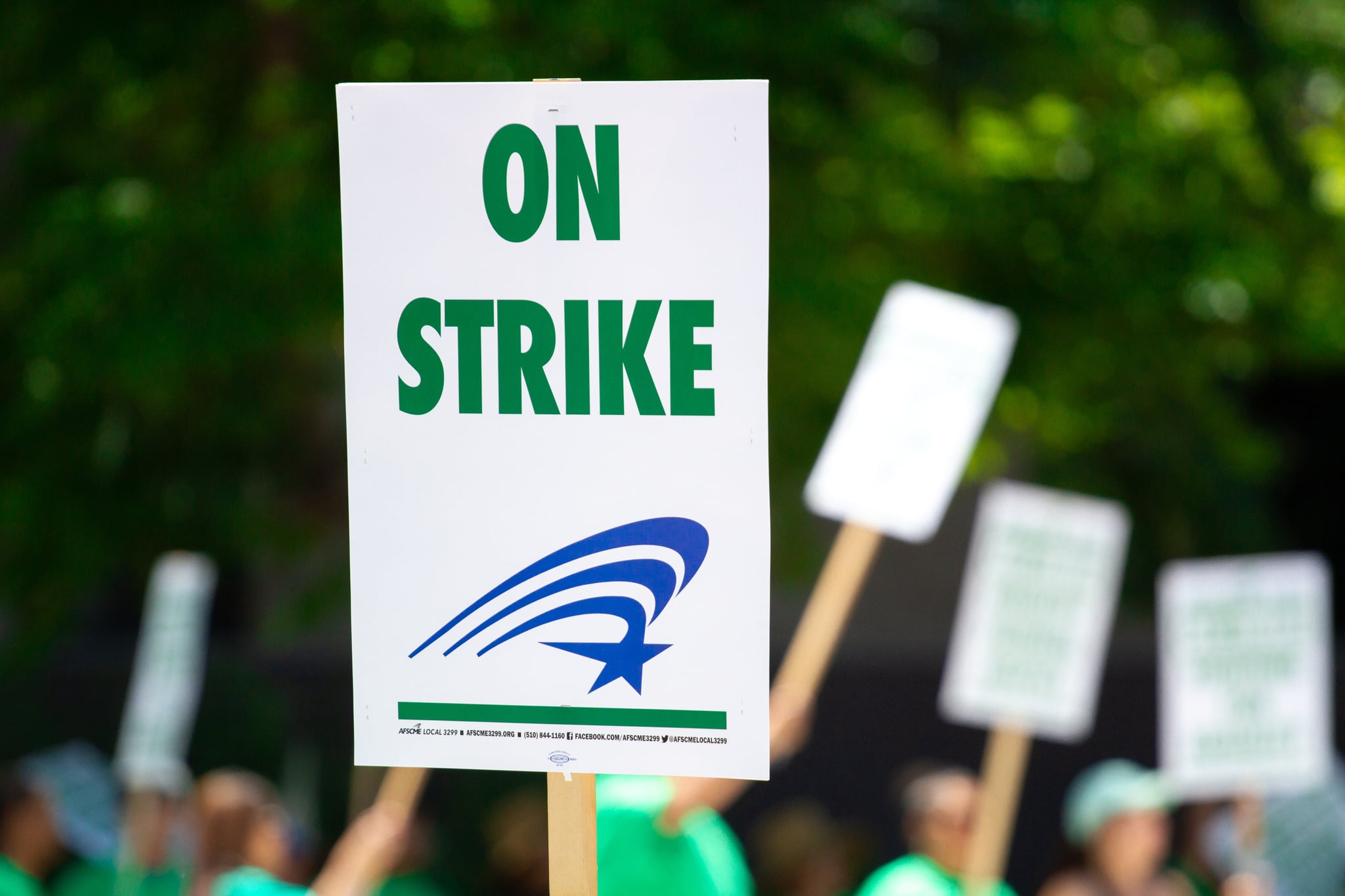 Today, my 7-year-old daughter, a second grader, did not go to school. Not because we had an extended holiday break, a snow day, or because she had a stomach bug — all reasons that have kept her out of the classroom in the past — but because her teacher, along with the rest of the teachers in our school district, has gone on strike. And I, like every other local parent I know, am beyond frustrated.

There are the obvious reasons, first and foremost being that the timing sucks. We're so close to Christmas break and my to-do list is a mile long and growing by the day, so having a needy, bored kid who's used to being in school for seven hours a day on my hands isn't exactly ideal. Let's just say I hope she doesn't ask her teacher for as much help as she requested from me when I forced her to do maths homework online for an hour this morning. Though, now I think about it, I guess that could explain the strike.

Related:
Dear Parents, It's Not Always the Teacher's Fault — It's Your Child

I'm pissed because, deep in my heart, I trust our teachers and their collective judgment implicitly, and I know that if it's come to this, they're probably getting royally screwed.

Then there's the uncertainty I feel and having to figure out how to more confidently translate that to my kid. Will the strike last a day, a week, a month? I don't know now, and I won't know tomorrow or any other day until it ends, which makes planning for anything other than one day at a time impossible and confuses the hell out of my daughter. "Why are they striking? Does my teacher not like being a teacher? Is our town fighting with teachers?" she asked me this morning. These are complicated issues to understand as an adult, let alone explain to a child.

And truthfully, although I've tried to educate myself about the negotiations going on between our teacher's union and school board, I don't fully get all the details and points of contention, making it even harder to wrap my head around why the two sides can't come to a resolution so that our kids can get back in the classroom.

Mostly, however, I'm pissed because, deep in my heart, I trust our teachers and their collective judgment implicitly and I know that if it's come to this, they're probably getting royally screwed. I trust our teachers so thoroughly because they've given me every reason to. My family and I actually moved two years ago specifically so that our oldest child could start kindergarten in what we had heard was (and what has since proven to be) an amazing school district. My daughter's grade school is everything I hoped it would be, and I'm certain it's the teachers who have made it that way.

At every turn, to me and to all of my friends who have children in the district, our teachers have shown themselves to be devoted to their students and passionate about their very important jobs. They're impossibly hard workers. So the fact that these same educators are leaving their students and classrooms — the place I know they all want to be more than anything — tells me that they're desperate for change. And to me, that means we need to give them, the people who have given so much to the small people we care about more than anything, our unwavering support. It's time to return the favours they've given us so freely by paying them what they deserve.

So, ya, I could use the extra time to wrap gifts and run errands, but I won't ever blame the teachers for striking. I only blame a flawed system that's forced them to do so.