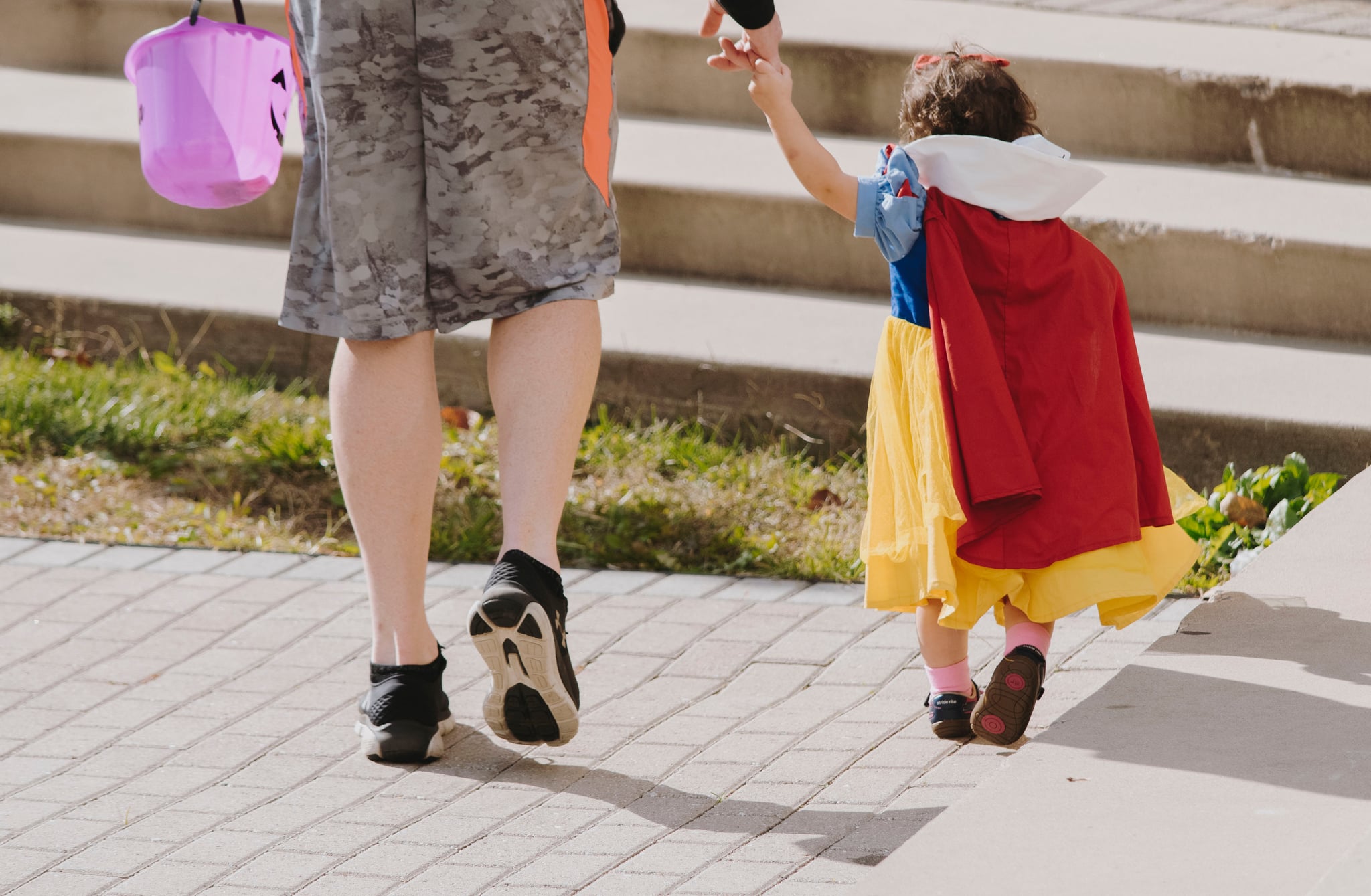 One of the most exciting parts of being a mom is getting to experience the holidays through your children's eyes. There are a few early years where you don't have to worry about a power struggle over Halloween costumes, but once your child is able to voice their opinion, it's tough to tell them "no" when they have their heart set on something. And while I'm not entirely shutting down my eldest daughter's costume request this year, I do have some parameters.

[I told her that] dressing up as something nobody else will be dressed in would make her feel more like an actual princess. I want to encourage her to be as creative as she can.

I've always loved the fact that Halloween allows you to be something or someone else for a night. When I was growing up, I made sure my costumes were not only unique from my everyday self, but also different from every other costume I would see while out trick-or-treating. I never wanted to wear store-bought outfits, and it's something I hoped my daughter wouldn't want, either, especially since I love a good DIY challenge. She wears her Elsa costume from Frozen all year long, so for Halloween, I want her to dream bigger. But this year, we're already having an issue.

First, she said she wanted to be a princess. When I asked her what kind of princess she wanted to be, in hopes this would get both our creative juices flowing to make her ordinary choice extraordinary, her answer was "Elsa!" Instead of saying "OK" right away, I decided to have a conversation with her. I told her that Elsa is a really cool princess, is strong and smart, and has super cool ice powers, but what's also pretty cool is dressing up as something nobody else will be dressed in, which would make her feel more like an actual princess.

She didn't immediately shut me down, so I know there's some wiggle room. I told her that maybe we can come up with our own type of princess — one that carries a sword, has a magical dolphin friend, and wears light-up sneakers. I do still think it should be her choice now that she has her own interests and opinions, but I want to encourage her to be as creative as she can on the one night anything goes. I did make her wear a sparkling sushi roll on her first Halloween, complete with matching family costumes of dad as a sushi chef and mom as a bottle of soy sauce, so I know I owe her one in the costume choice department (it was really cute, though). And if she is truly longing to be Elsa, Elsa she will be. But I'll be dammed if I just let any ordinary Elsa go door-to-door asking for candy on October 31st. If she still chooses the Disney princess, she'll be the most amped Elsa they've ever seen. And it will be because we worked on her costume together, making it totally unique to her.