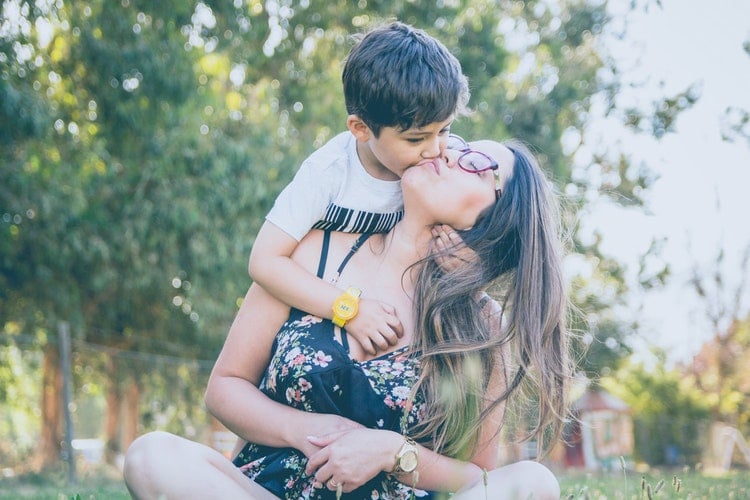 In many ways, I'm an old-fashioned parent. When I became a mother, I knew I wanted to parent the way my parents did. Things were simple back then, and I want my kids to experience life as close to that as they possibly can. Yes, times have changed, but that doesn't mean I have to change all aspects of my parenting just to keep up.

I know that technology isn't going anywhere, but I do know about all of its negative side effects. So, I'm keeping my kids at a distance from it for as long as I can. We don't have any tablets in our home and I don't allow my kids to play with my phone. We go days without turning on our television that has no cable. And while I know some may argue that I'm doing a disservice to my children by not allowing them to experience technology, I'd rather they learn to communicate and play with toys instead of relying on a tablet to keep them busy.

Related:
Reese Witherspoon Doesn't Regret Being Brutally Honest With Her Kids, and Neither Should You

I'd rather they learn to communicate and play with toys instead of relying on a tablet to keep them busy.

I also try not to overschedule my kids. I allow them to be in one activity at a time, and that's good enough. This past Summer, they weren't involved in anything. They roamed between our backyard and the neighbours'. They were free to play just like we did when we were kids — running through the sprinklers, having water fights with friends, and making up games using just their imaginations.

My reason for this is that my children will only be little once. I don't want the pressure of being the best at every sport to take over their childhood, or the fact that they don't have the hottest tech gadget to get them down. I'm not going to give in to the constant pressure of enrolling my kids in lacrosse by age six and cooking classes by age eight. Yes, there are many more activities offered to kids today, and that's great, but that doesn't mean that I have to expose them to all of it. I want them to pick and choose what they love, but not to the point where they don't have a second to catch their breath.

I want my kids to learn to be independent. I'm not here to entertain them 24/7. Instead, I try and encourage them to do things like build forts, grab a book, or dig in the garden. If I'm really busy, I won't put everything aside to get on the floor and play with them. That's life, after all — they won't get everything they want. My hope is that this independence will carry into adulthood and help them be confident in making their own decisions.

Related:
Here's What Happened When I Actually Followed Through With Disciplining My Kids For a Week

I'm also adamant that my kids have manners. I'm not worried about being a "cool" mom. I want their friends to address me as "Mrs." and I want my kids to do the same to the parents of their friends. Saying "please" and "thank you" are a must, and they will respect authority and their elders.

Since parenting looks different for everyone, I know my way of doing things might not work for someone else, and that's OK. It's just what I like to do with my own family. And while I have moved along with the times for some aspects of my parenting, for the most part, I'm old-fashioned. I know I can't keep things as simple for my children as they were for me, but I'm going to try my best.