Mindy Kaling's daughter, Katherine, may only be 6 months old, but she's already unlocked a life achievement that most people will never get the chance to — she's been inside Oprah's house, which Mindy says is "the nicest home in America." Oprah had invited the cast of A Wrinkle in Time to watch a screening of the film in her home, and Mindy was nervous at having to bring Katherine with her because the little one had been fussy all day. But it seems she didn't really have to worry, as Katherine immediately knew she was on holy ground upon crossing the threshold into Oprah's home and behaved like a little angel from then on.

"I'm like oh my god, am I going to be the person who brings a screaming baby into Oprah's cathedral of beauty and art?" Mindy told Ellen DeGeneres. "And the minute we went in I was like, 'Katherine, please, please, you have no idea how high the stakes are right now.' And we walked into the door, and her eyes went wide, and she stopped crying — like she knew she was in Oprah's house. And then she was just coyly smiling and being adorable for the next four hours."

Related:
Mindy Kaling Is Joining Us at POPSUGAR Play/Ground, and You Can Too!

Luckily for Mindy, who admits she was never really a "kid person" before becoming a mom, Katherine is already a pro at taking social cues. "It's been pretty easy, mostly because she needs me for sustenance, so she behaves well," Mindy joked. However, the harder part about having a baby, for Mindy at least, is that she can't eat the way she did when she was pregnant.

"When I was really pregnant . . . I was just eating whatever I wanted because when you're pregnant you can just say it's cravings, and you're like, 'I needed to have 11 cupcakes because of my pregnancy cravings,' and everyone's like, 'No, she's about to have a kid, let her eat whatever she wants,'" she said. "But I haven't altered that that much since having the kid. So yeah, it's not normal to be not pregnant and have a birthday cake on a Tuesday afternoon when it's not your birthday." 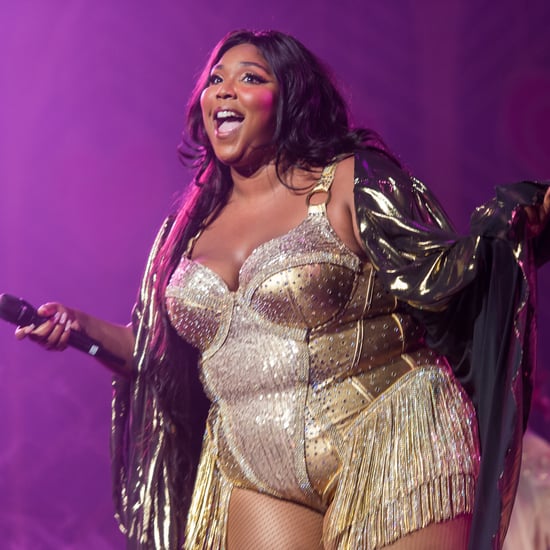