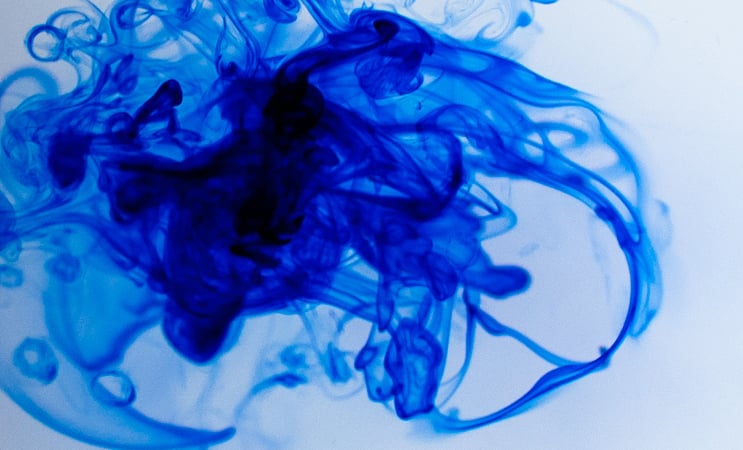 As parents, we've probably cleaned up hundreds of messes, but some are more memorable than others. Perhaps a favourite vase broke following an errant game of catch, or a permanent marker was scrawled on a kitchen cabinet in the few moments you were in the bathroom.

"That blue stain was just a big fat negative in my life. I hated it."

For Heather Duckworth, the stain that hasn't escaped her mind for a single day was the one left by her then-two-year-old son, who – during a hectic end of the day in which she was trying to put her four boys to bed – just happened to be holding a pen that exploded in his little hands.

"I gasped as I saw blue splatters across the floor and a thick pool of ink sinking into our brand-new carpet," she wrote in a moving post on her Love, Faith, and Chaos Facebook page. "I instantly felt so upset as I grabbed my son and took him to the bathroom to clean him up and my husband started scrubbing those bright blue stains."

Frustrating, to be sure, but for reasons she couldn't possibly know at the time, that blue stain would serve as a daily, heartbreaking reminder.

Tears stung my eyes. I was just so tired. And mad. Like really, really angry. I wasn't mad at my son - who was as blue as a Smurf - but upset with myself for leaving that pen out where my toddler could reach it. We had only lived in this house for six months and now the carpet was completely ruined.
We scrubbed that stain for an hour that night, but yet it remained.

The next day, we had the carpet cleaners come out . . . and they treated it several times, but that stain didn't even fade . . . it just glared back at me, bright and blue.

I was so disappointed every time I looked at that stain – it was just so ugly, a striking contrast against our tan carpet. And no matter what we did, that stubborn stain remained. That stain made me feel embarrassed and disappointed. It made me feel angry and it made me feel like such a failure for leaving out the pen where my young son could reach it. That blue stain was just a big fat negative in my life. I hated it.

The next month, her son was diagnosed with cancer. Two years later, he passed away.

THE BLUE STAIN The other night I was scrubbing up some slime that my daughter had let ooze through her fingers and slip...

It's been 15 years since that blue pen exploded, and the stain never did fade in the slightest. They'd try to hide it underneath furniture, but every time Heather caught a glimpse of it, it would take her breath away.

"And that stain that used to be such an eyesore and make me cry in frustration now just makes me thank God for these memories," she said. "I would have a million blue ink stains on my carpet if it meant I could have one more day with my son."