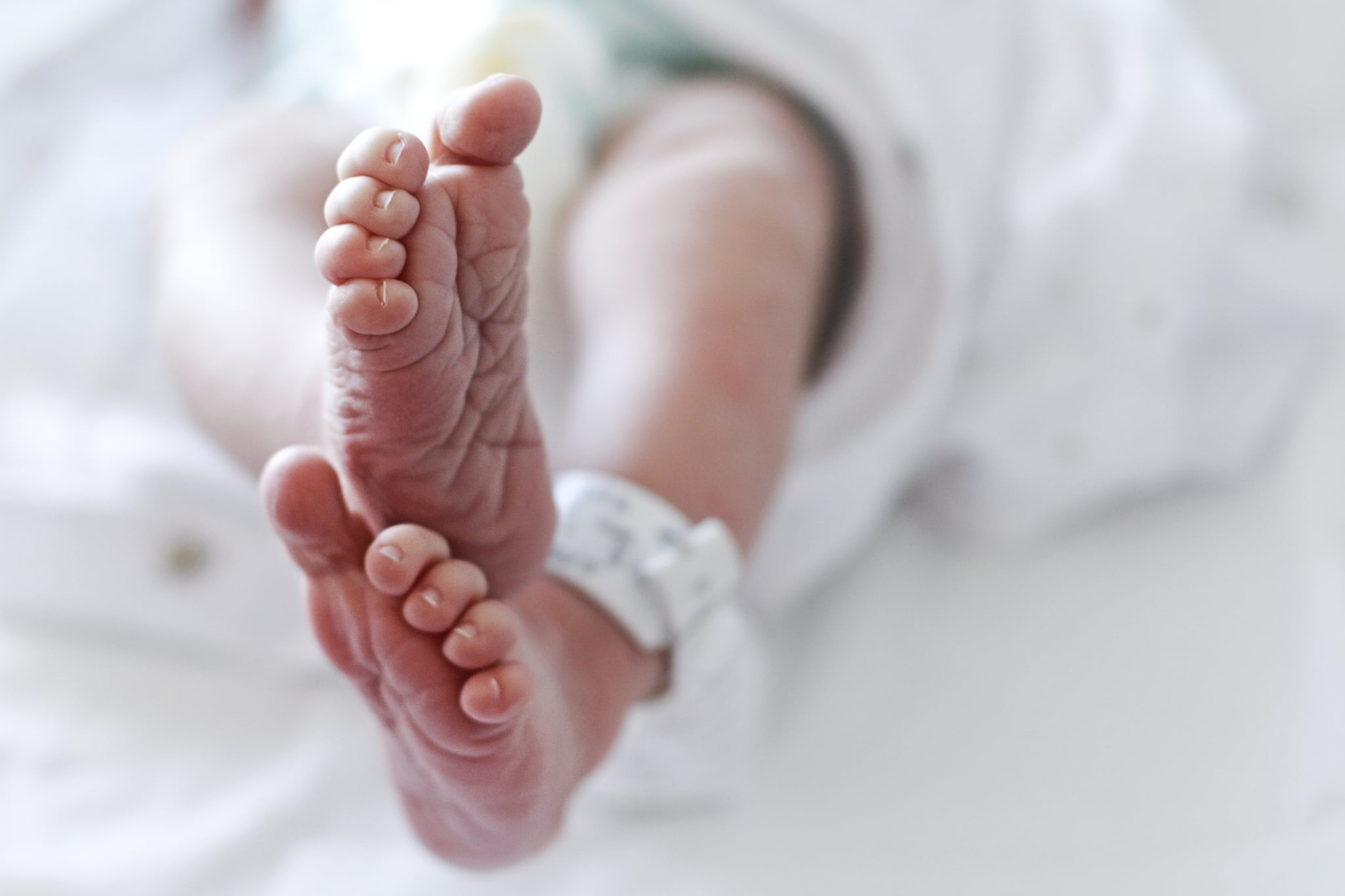 Delivering a baby is a true triumph, no matter how big or small the baby turns out to be — and for Upstate New Yorker Joy Buckley, giving birth to her record-setting baby girl turned out to be a major accomplishment in more ways than one. Just a few years ago, Joy and her husband Norman were told that their chances of getting pregnant were less than 15 percent. "I've been wanting to be [a mom] for years, and I haven't been able to," Joy told WETM.

"I felt like I was hit by two tractor-trailers. It was pretty violent. She got stuck under my ribcage."

Eventually, the couple decided to adopt a daughter. But not long after that, despite all odds, Joy became pregnant and gave birth to an 11-pound baby boy! Little did the mom of two know that she'd have a much bigger surprise in store just a couple years later. On March 12, Joy gave birth to her third child, a 15-pound, 5-ounce baby girl named Harper who measured in at 23.2 inches long. For reference, that's approximately the size of the average 6-month-old baby girl. As anyone might imagine, the birthing process was difficult; it required three doctors, a C-section, and a medical vacuum to pull the baby out. "I felt like I was hit by two tractor-trailers," Joy said. "It was pretty violent. She got stuck under my ribcage." It was exhausting, to say the least.

While giving birth was difficult, Joy and Harper did set a record in the process. Per the hospital's records, Harper is the largest baby ever to be born at Arnot Odgen Medical Centre in New York. Officials from the New York Heath Department are currently checking their records to confirm whether Harper is also the heaviest baby ever to be born in the state of New York. Even if she isn't, we have to say that Harper and Joy have both already accomplished plenty.

Shortly after her birth, baby Harper was taken to the NICU to have her sugar and oxygen levels monitored, and she's expected to be released soon. "It's definitely hard, but I know that she won't be here forever — she'll be coming home soon," Joy said while she was still at the hospital.

As for the proud mom of three? She's glad her new baby girl is doing well and she's relieved that the process of giving birth to a 15-pound baby is finally over. "I'm up moving around, and I can walk now. I'm so relieved to be done feeling that [physical] pressure," Joy said.

We can only imagine the strength Joy must have had to give birth to baby Harper, but the mom says it was worth it. As far as what she would tell other parents struggling with infertility issues? Joy said she would say, "Don't give up because it's right there. It's definitely right there, because my kids are total proof of that." At the end of the day, Joy hopes her story will serve as an inspiration to anyone struggling to become a parent, and we think it accomplishes just that.