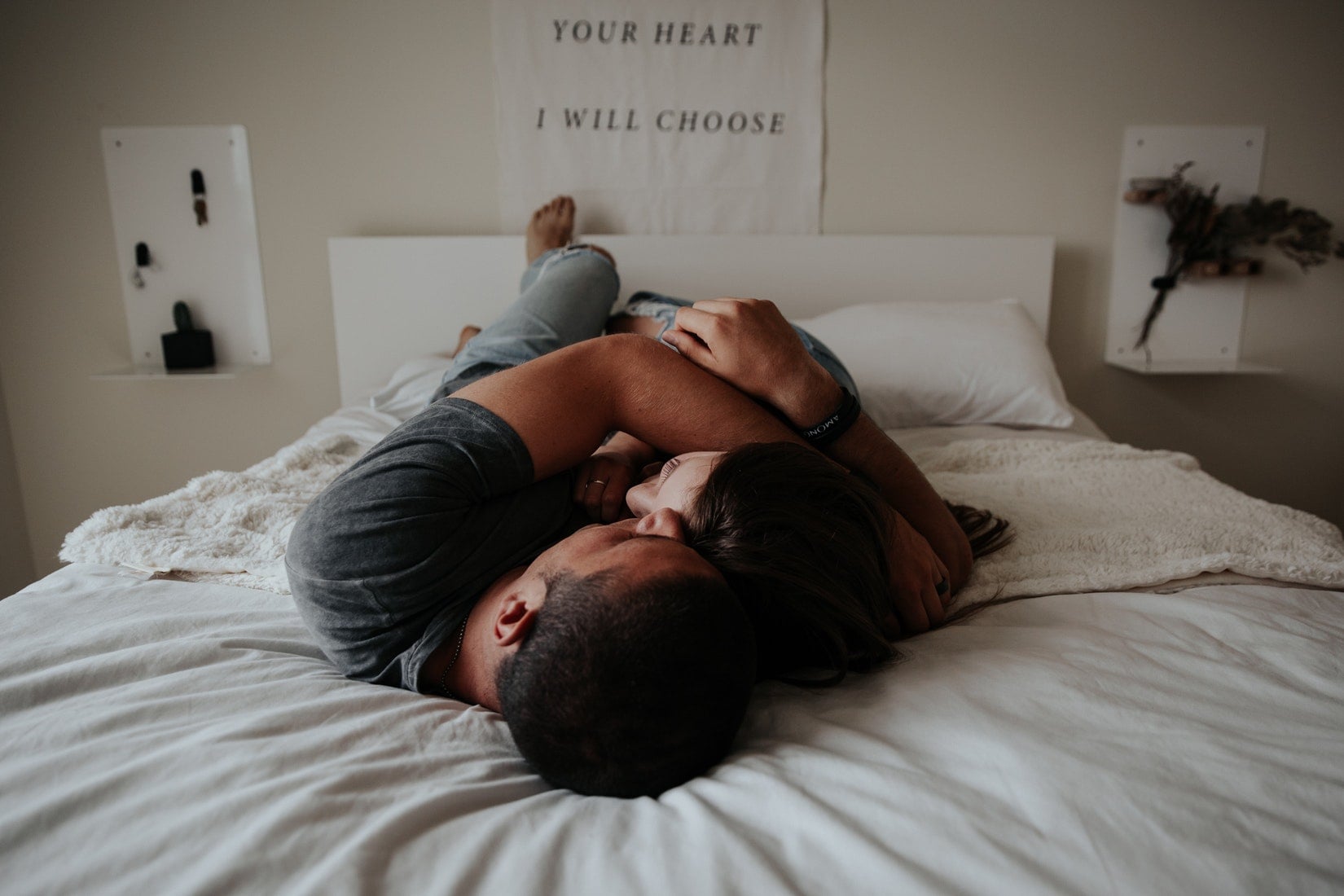 When my boyfriend and I first started dating, we couldn't stop having sex — anytime, anywhere — and I loved getting to know my body through his touch and exploring what new things turned me on. That's why after I gave birth to our daughter, I couldn't understand why I suddenly stopped having the urge to be intimate. I remember we didn't have sex again until our daughter was 4-months-old, and let's just say I wasn't looking forward to there being a next time, which terrified me. What if our flame turned out to just be a spark?

We lasted a whole 15 minutes before I slipped him a note saying, "Meet me in the bathroom." That night at the bar, and again at home, we had the best sex we've ever had.

After a few months of dealing with awkward biweekly sex, we sat down to talk about what wasn't working for the both us, which was the best decision we ever made and one I wish we made sooner. I explained how I felt like a stranger in my body. Between the pounds that seemed to keep piling up and my lack of a sex drive, there was nothing he could do to get me back to my prebaby vibe. And he realised that what he missed the most about our sex life was the spontaneity — as we'd fallen into a routine as parents, our sex life did, too — which is when we decided to give something new a try and spice things up with role playing.

Related:
My Husband and I Always Get Caught Having Sex in Public Places, and We Love It

I realised that if I didn't recognise who I was when I looked in the mirror, then I could pretend to be someone else in the meantime. "Let's go out to a bar tomorrow tonight," my boyfriend suggested one night. "We can arrive at different times and act like we're meeting for the first time. Fake names and everything." So for the first time in what felt like years, I dressed up and headed to the bar we agreed on, and when I saw him sitting with a whiskey neat, I got butterflies in a place that wasn't my stomach. We lasted a whole 15 minutes before I slipped him a note saying, "Meet me in the bathroom" — something I had originally done back on our third date. That night at the bar, and again at home, we had the best sex we've ever had.

Although we've gotten our groove back and are in a much better place in our relationship now, there are still some days where we grab our "fun box," pull out a piece of paper with ideas we fantasized about months ago, put on a costume, and surprise one another.