Tully, the much-anticipated film about motherhood starring Charlize Theron as Marlo, a mother of three including a newborn, hits theatres May 4, and there are so many reasons why everyone — mom or not — needs to run to see it. With so many celebrities, TV shows, and movies glorifying motherhood and making it look easy (though shout out to shows like Parenthood and The Let Down, which definitely keep it real), Tully, in which a tired, struggling mom accepts help from a night nurse, seeks to show the grittier side of things — and does so pretty darn successfully.

If you weren't already convinced by the trailer and sneak peeks to go see the film, here are four more reasons why you should (and one thing you should know beforehand).

1. It is so refreshingly real.

As made clear in the trailers, Tully doesn't seek to sugarcoat motherhood in any way. Of course, there are moments of intense love between Marlo and her three kids, but the movie also digs into the tough stuff — literal spilled milk (both breast and cows'), difficult meetings at school, breastfeeding struggles, offhand, judgmental comments (like one about consuming caffeine while pregnant), and so much more. You'll identify with Marlo in more ways than one, whether your personal situation looks like hers or not.

2. It highlights all of the shame and stress moms feel in a way that allows you to laugh.

During the movie's screening, people burst out laughing in the theatre over so many things that would be sobering in real life. For example, Marlo's sister-in-law makes comments about her new baby being "such a blessing" and how, without her nanny, she'd be so exhausted (spoiler alert: that's Marlo's — and many people's — situation). Tully gives parents who have been there a chance to laugh at how ridiculous people — especially mom-shamers — can be.

3. It touches on special needs in an honest way.

One of the things that isn't made obvious in the previews of the film is that Marlo's son, Jonah, appears to be — as is implied in many ways — somewhere on the autism spectrum and suffers from sensory sensitivities. Although it's never fully explained whether or not he has received a diagnosis, it's pretty clear either way that Marlo and her husband haven't received adequate support in order to help them understand Jonah's needs, especially based on the several uncomfortable conversations Marlo sits through with the principal of the private school her kids attend. The principal refers to Jonah as being "different" and stresses how the amount of attention he needs puts his classmates at a disadvantage, but doesn't offer support.

Whether your child has special needs or not, you'll feel for both Marlo and Jonah as they figure out how to cope.

4. It gives viewers a glimpse into what every mom needs and deserves through Tully's character.

Tully is Marlo's ultimate spirit animal. She says she's there to take care of her, spews lines like "you can't treat the parts if you don't treat the whole," makes sure Marlo's newborn, Mia, is well taken care of, bakes monster cupcakes for Jonah's class when Marlo says she wishes she had time — she's essentially a nocturnal superwoman. Every mom deserves a Tully, even if it's multiple people and resources. Through Tully's character, the film serves as a reminder that moms need to practice self-care and lean on others in order to fully be there for their families.

But at the same time, the movie fails to explain one very important detail of Marlo's experience of motherhood . . . (warning: there are some spoilers ahead.)

The Ending Is a Little Disappointing

The film doesn't exactly end with a neatly tied bow, and everything that Marlo has suffered throughout the film despite Tully's help — sleep-deprivation, spilled breast milk, mom-shaming, and more — is kind of swept under the rug and barely acknowledged by Marlo's doctor and family. Tully is the only one who even cares to realise that Marlo is struggling and needs a hand.

If you're a little confused by what I mean and want to know more — aka you want alllll the spoilers — read on.

But seriously, after this photo there will be MAJOR spoilers, so read ahead at your own risk. 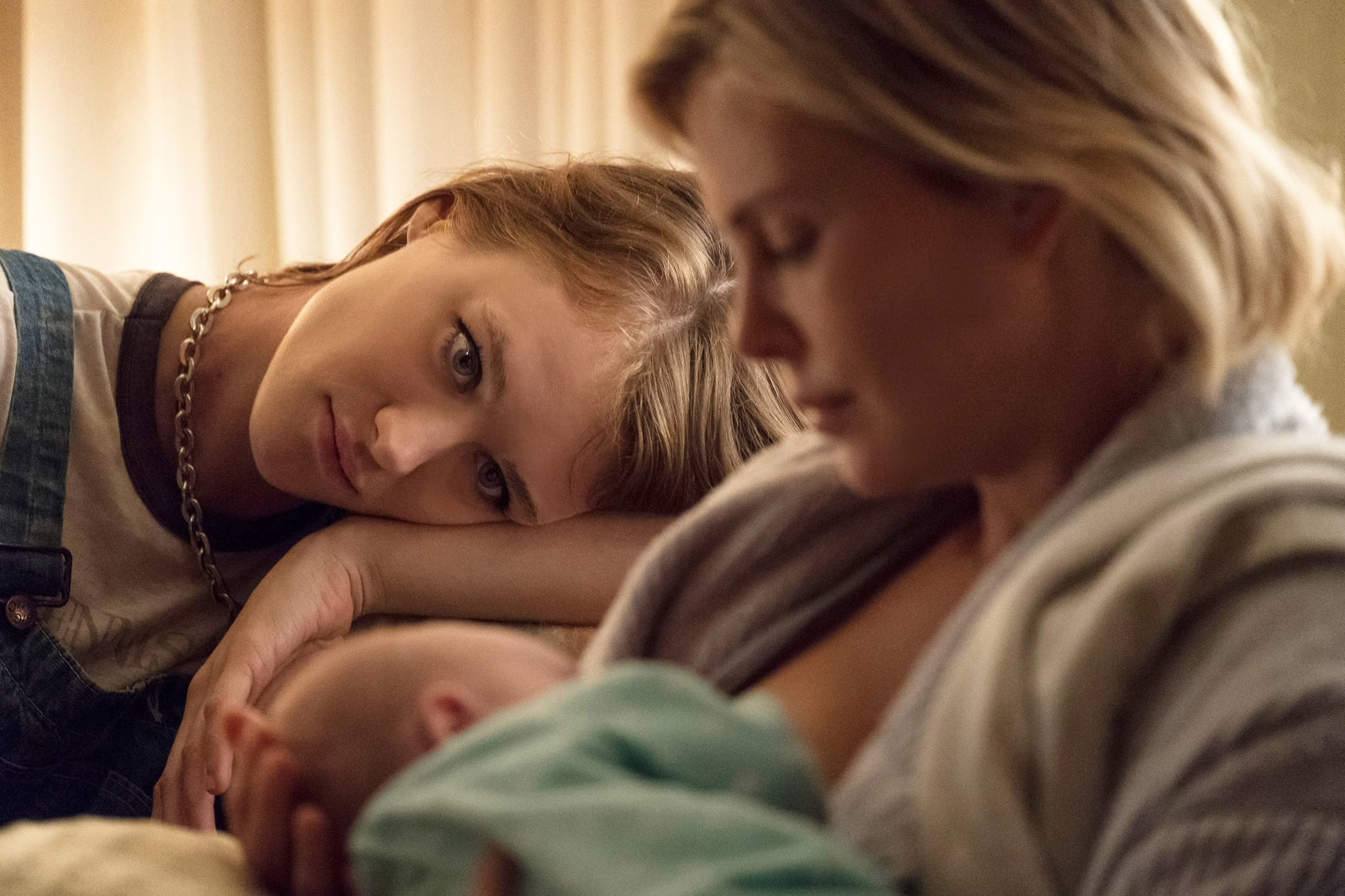 Before the end of the movie, it's revealed that Tully is actually Marlo's maiden name, which finally informs the audience that Tully was just a figment of Marlo's imagination; a past, 26-year-old version of herself. However, what actually did happen to Marlo beyond that is never explained. A doctor asks her husband if she's ever had mental health issues — to which he unhelpfully responds that "after last time" (aka her pregnancy with Jonah), she had a couple of problems — and the word "depression" is uttered once.

However, what Marlo was likely suffering from, which would explain the visions of her younger self and the fact that she was doing so many things she had no recollection of, was postpartum psychosis (PP).

PP is a severe form of mental illness that can occur in postpartum women, whether they have a history of mental illness or not. It's much less common than postpartum depression and occurs in approximately 1 in 1,000 births as opposed to 1 in 7 women who experience postpartum depression. It can be treated (as a medical emergency), but only if it's diagnosed — which is why Marlo's husband is on my sh*t list. Not once does he take any of the weird things Marlo's doing — cooking a roast dinner even though she's exhausted and seducing him while he's sleeping in the middle of the night — seriously enough to realise something might be up with her. Marlo invites a total stranger he doesn't care to meet into their home to be alone with their baby, and he doesn't even question it.

As the Action on Postpartum Psychosis reports, "It is important that [other mental health conditions that occur following childbirth] are not grouped under the term 'Postnatal Depression,'" which is why this is the one bone I have to pick with Tully. The audience deserved an explanation of what happened to Marlo to really prove to viewers just how important postpartum care is. So rather than using the word "depression" once and rolling the credits after Tully leaves Marlo for the last time, I wish the filmmakers and writers made her diagnosis clear — for Marlo's sake, and the sake of all other women.

As Charlize Theron said in an interview with POPSUGAR, "For some reason, we still don't talk about [postpartum depression] honestly" — and that needs to change.

Streaming
Riverdance: The Animated Adventure Is Coming to Sky Cinema This Month
by Sophia Panych 15 hours ago