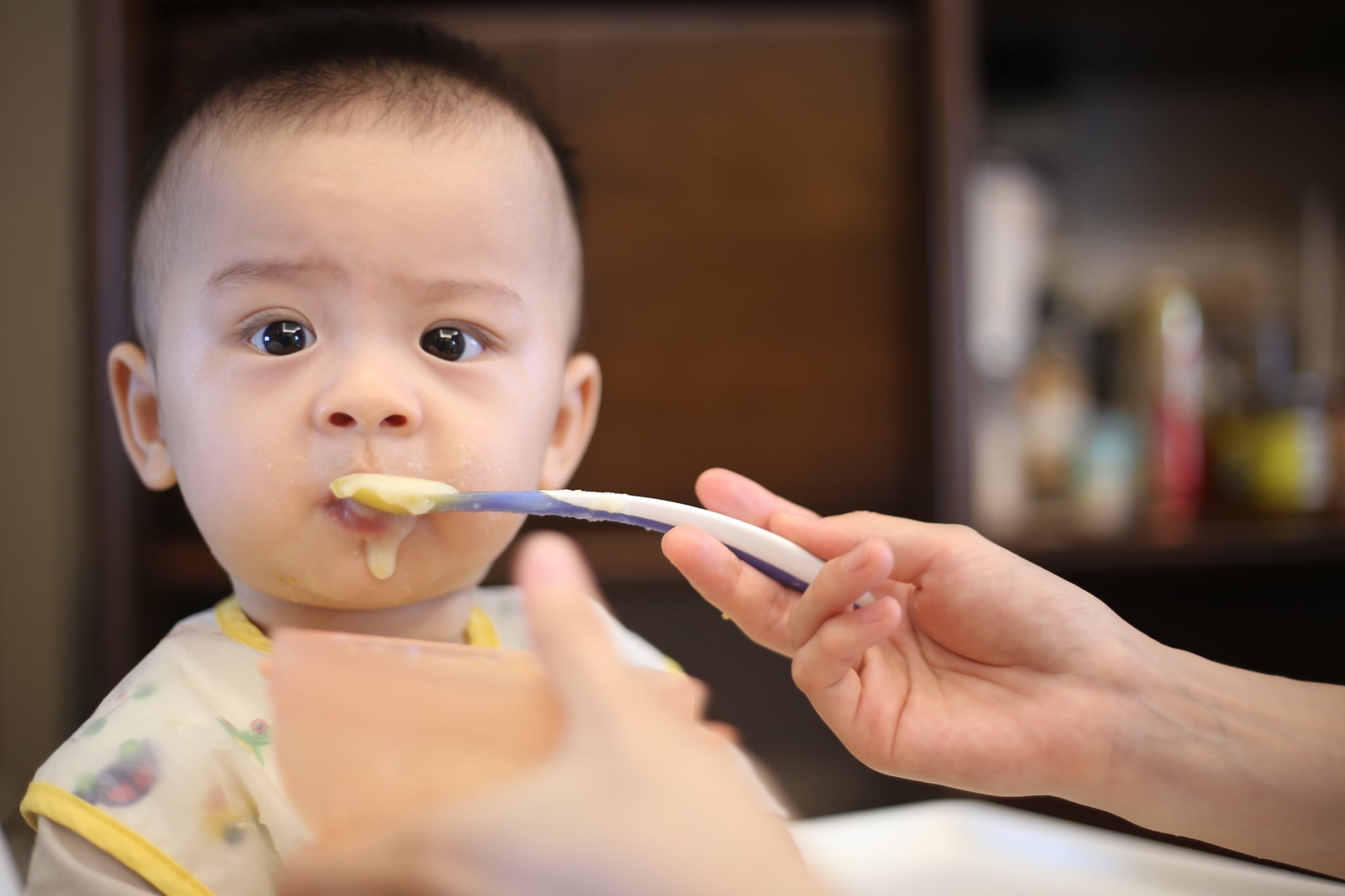 I am not a new mom, but I recently felt like one. After spoon-feeding three babies baby food, I heard about a new trend called baby-led weaning from both my pediatrician and a younger mom friend whose second son is the same age as my fourth child. Maybe you can't teach an old mom new tricks (I'm almost 40, grr), but this approach to feeding a baby was completely foreign to me, and when I tried it, I had a pretty scary experience. Now I'm on the fence about whether I'm going to stick with what I know or venture outside of my comfort zone and give baby-led weaning another chance.

In case you aren't familiar, this method of feeding a baby is all about letting them feed themselves instead of spoon-feeding pureed foods. Advantages of the method supposedly include letting your baby decide what they do and don't want to eat, helping them develop the dexterity to feed themselves, and teaches them to chew and then swallow, so they can easily eat more foods on their own. The food also retains its nutrients when you aren't overly processing it via steaming then pureeing.

Related:
7 Delicious and Easy Ways to Introduce Your Baby to Spices

I felt mildly panicked as my very young son shoved chunks of food in his mouth just like he does with everything else at this stage. It was as if I was just waiting for him to choke.

As my baby's doctor and my mom friend explained to me, you can start baby-led weaning at six months just like with spoon feeding. This shocked me! I'm giving my little guy finger foods when he hasn't even tried mushed-up sweet potato yet? You're supposed to cut the food up into manageable pieces little fingers can grip and babies won't choke on. This notion seemed like a hard balance to strike, but it's suggested you start with soft, steamed veggies like carrots or broccoli, ripe avocado, or banana. But once the baby gets the hang of it, the idea is that you can feed them what the rest of the family is having, within reason. This all sounded so good that I had to try it. (I watched YouTube videos of other babies doing it, and I'll admit it was fascinating!)

On our first attempt, I served my 6-month-old avocado slices and chunks of banana. I'll admit watching him attempt to navigate these foods was highly entertaining; he basically made a fruit finger painting on my table, but the fun stopped there. I felt mildly panicked as my very young son shoved chunks of food in his mouth just like he does with everything else at this stage. It was as if I was just waiting for him to choke. I felt hugely relieved when, mere moments later, he'd shoved all the remaining food on the floor, and the feeding was over.

For me, this approach to feeding feels like too much, too soon. It's far less scary to feed my baby the old-fashioned way: with a spoon full of pureed peaches or peas. That being said, I'm not abandoning the baby-led weaning feeding method. I just need to take it slow. I love the idea of feeding my baby what my other, older kids are eating . . . eventually. I like the tenants behind the method, I just find it to run counter to everything I thought I knew about baby feeding, so it's a struggle!

Ultimately, I'm open to experimenting with allowing my son to try feeding himself large chunks of food, but I'm not up for the anxiety this causes me at every feeding. For instance, after a few days of back-to-basics purees, I built up the confidence to offer my baby two big hunks of banana, which, he promptly threw on the floor. So hey, I guess he made a choice! Well done, son.