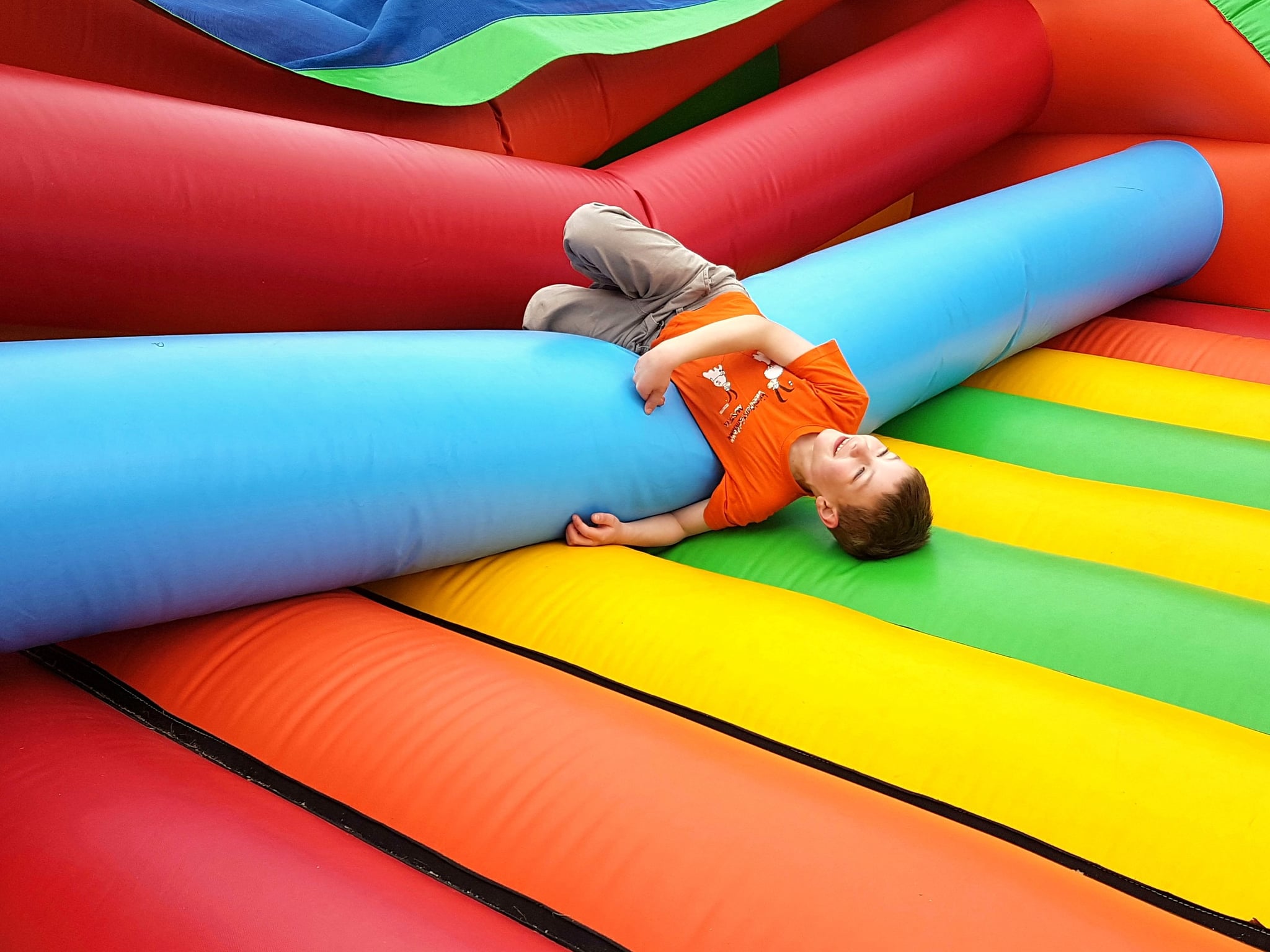 It never fails. I arrive at a birthday party with my extremely excited kiddo and see . . . a bouncy castle. The same thought usually runs through my mind: "Dear, God. Please. No." My child is small and could easily get trampled in there, and another party guest is bound to get hurt or so overexcited that they have a meltdown the second they're forced to get out. I mean, aren't inflatables the birthday party equivalent of buying your kid a BMW just to prove you make big bucks?

I've never been to an event where an enclosed giant trampoline full of sugar-fuelled children has not produced significant boo-boos.

Let's start with the fact that every party involving a bouncy castle will result in an injury. No, this isn't an established statistic, but it pretty much should be. With three kids in nine years, I've never been to an event where an enclosed giant trampoline full of sugar-fuelled children with hard-as-a-rock heads, hurling their bodies with full force and with no control all over the place, has not produced significant boo-boos. Luckily, I've yet to see a major trauma, but all it takes are two noggins smashing into one another and voila! Concussion.

And of course, there's always the far more serious concern of a bounce house getting picked up by strong winds and your child floating up and onto a busy highway. True story. This has actually happened before.

Call me a worrier if you want. You wouldn't be the first to accuse me of being paranoid to the point of ruining my kids' fun. But there are other reasons I despise bouncy castles at birthday parties. Aside from the risk of injury, inflatables are also kiddie overstimulation machines. The instant you try and pry your little one outta there, they will lose it. Guaranteed. Even if you entice them with birthday cake or party favours, your child will still hate you because you're the one that ended their fun. There will be crying. There will be kicking and screaming and resentment.

But let's just say you don't agree with me that bouncy castles are bound to cause injuries and sensory overload. Can we come to a consensus that renting a supersize inflatable for your child's party is a teeny bit over the top? Whatever happened to basic party games, cake, and a goody bag? Or how about a birthday party at a park with balloons and ice cream? In general, I personally think kids' parties have gotten totally out of control. Once you start renting equipment to keep kids entertained, you're setting your kids up to have crazy expectations for their birthday and other celebratory occasions. Plus, you're pissing off other parents who feel like they have to keep up with your showy parties.

My philosophy? Keep it simple. And never, ever rent a bouncy castle.