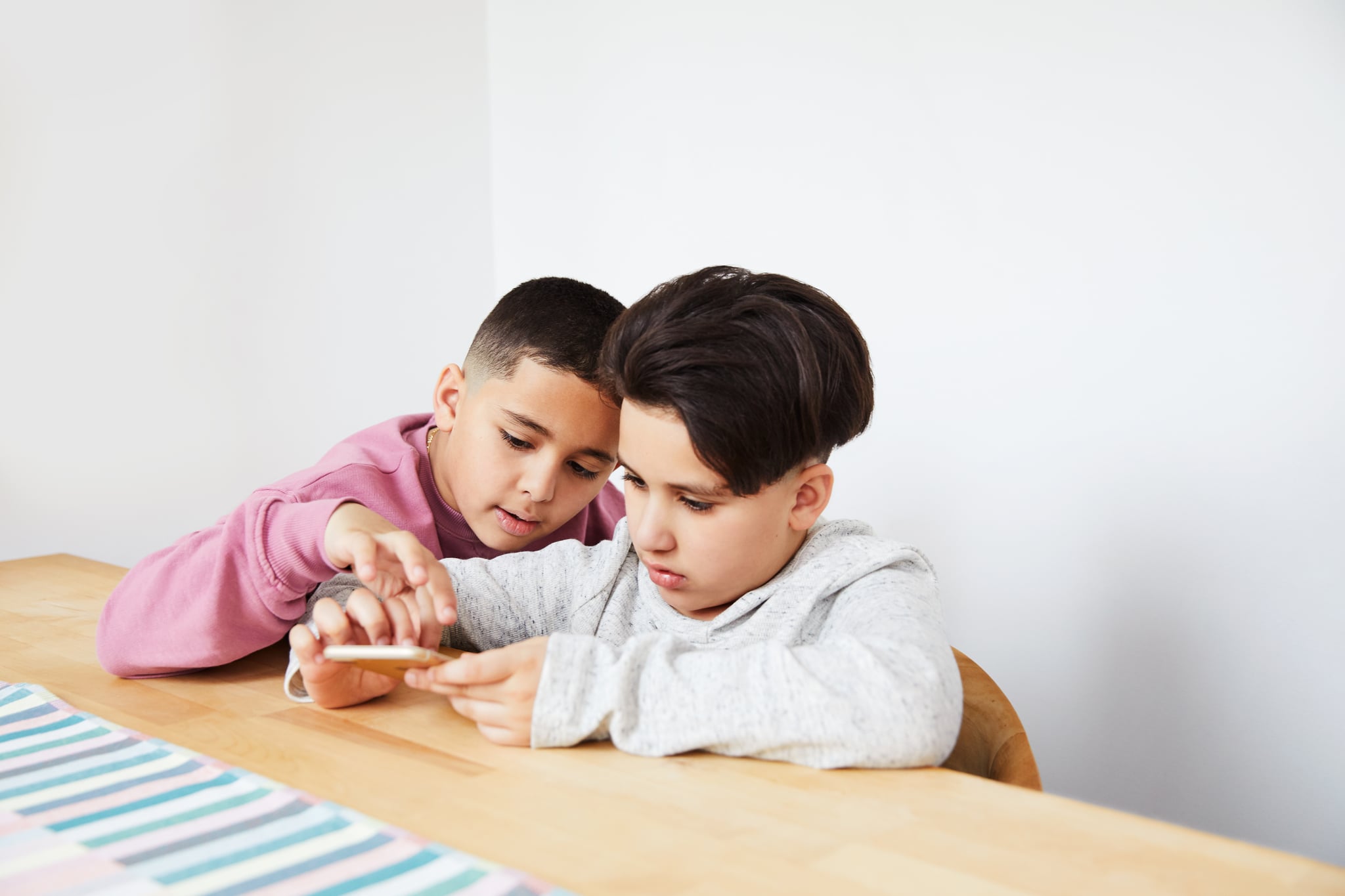 I've found privacy to be one of those really tricky parts of parenting. I want my children to feel like they have things that are their own — diaries, journals, even conversations with friends. However, I believe it's also our responsibility as parents to keep our kids safe — emotionally and physically. And that's a tough line to straddle, particularly when kids hit the age where they get a cell phone.

In my head, I had ideas around when I'd feel comfortable handing over a cell phone to my older daughter. My plan was to hold out as long as possible, but as I've learned over the past decade in the parenting trenches, nothing ever goes according to the plans you've mentally mapped out. She turned 10, started a new school, and almost every one of her peers had a cell phone. I'm not one to fall victim to the "but everyone else has one" justification, but I also felt bad that her friends were all having conversations that she wasn't a part of. On top of that, her dad and I are divorced, and no matter how amicable we were, it was getting exhausting for both of us to play middle-man when the other needed to get in touch with our daughter. So, we started slow and gave her a device that could only be used for texting and FaceTime, and we were the only ones she could communicate with. Gradually, we let her add other family members and friends. She's also at the age where she's establishing much more independence, hanging out with friends at their houses and attending sleepovers. The wifi-only situation got increasingly annoying, so we finally bit the bullet and got her a cell phone.

Although we were warned by parents with older kids about rampant mean behaviour over text, we didn't really discuss how we would handle it if it happened. But it did . . . almost immediately. I think the drama stems from a combination of kids' inability to pick up on tone in some texts and some intentional mean-girl behaviour. I wanted to respect my daughter's privacy, but I also wanted to make sure all of her communication was safe and healthy. I didn't want to lie and read her text messages on the sly, but I had concerns about how she was being treated and how she was treating others. But it wasn't until after a conversation with a psychologist that I felt comfortable with what I needed to do.

She explained to me how kids around my daughter's age don't necessarily know how to communicate effectively, especially when they're experiencing heightened emotion. She reminded me that at 10 years old, my daughter's young and still figuring out the interpersonal intricacies and that extend to communication and texting. Then she said to me, "You need to know what's going on because kids can be brutal at that age and it's your job to protect your child. Right now, that trumps privacy."

That statement swirled in my head. She was right. My daughter is only 10. She still likes when I tuck her in and hug her with a towel when she gets out of the bath. She still likes to cuddle up to me and begs me to lay with her before she goes to sleep. She's still very much my baby. On more than one occasion she vented about stuff going on in group text messages with her peers. I let her talk and then I told her I was going to read her texts so I could see what was going on. She did NOT like it, protested a little, but eventually gave in. Most of the stuff I saw was typical chatter. But there were definitely some instances of girls being rude, trying to gain allies, or ganging up on others. So we talked in detail about how bullying and mean girls exist even among people you think are friends. One particular night, she came to me extremely upset because of another group text situation and handed me her phone to read before I even asked to see it — she wanted my help. She got that I was not invading her privacy. Her dad and I both told her that we read her texts solely so we could help her learn effective ways to respond and shut down mean behaviour — and also to make sure she wasn't doing it to others.

As parents, especially in a world where our kids are using technology earlier, we wanted to be transparent about what we were doing and why. And you know what? Our transparency begets transparency. We didn't sneak around, steal her phone, and rifle through her messages. We were calculated and made sure she understood that we were on her side and had her back, but in order to help her navigate this new world, we needed to see it first-hand. She knows we respect her privacy, but that as a young child we still need to insert ourselves in ways she may not like.

I have no regrets about reading her messages. It's helping us show her in very real ways why it's so important to be kind and aware of what you're putting out there. As she gets older, we'll loosen the reins over time, but for now this is how we roll.