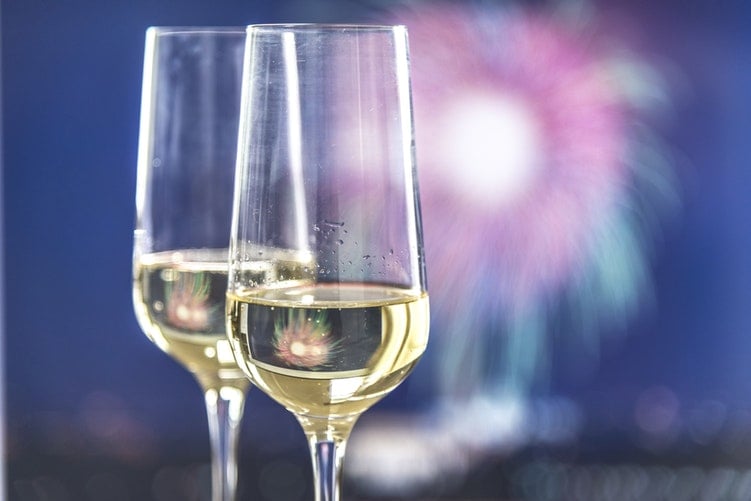 I, like many other people, often find New Year's Eve relatively disappointing. In my 20s, my friends and I would sculpt the perfect plan and hunt for the sparkly outfits year after year. It was all so exciting in theory, but when the night actually came and that ball actually dropped, we were left looking at each other like, "This is it?" It never really lived up the hype. But something happened after my husband and I had children of our own. On every single New Year's Eve after having our firstborn, grandma and grandpa come over to babysit so mom and dad can go out. And let me tell you . . . those hangovers are actually worth it.

Now, seven years later, we have ourselves a little New Year's Eve tradition with a handful of other couples, and I hope it's one that lasts for many years to come.

The first time we went out on New Year's Eve after becoming parents, my husband and I were both a little nervous. The dangers of drunk drivers on the road and the thought of simply drinking too much myself had me a little worried. I was also expecting that familiar feeling of disappointment at midnight. But we pushed through the anxiousness and went out anyway. And now, seven years later, we have ourselves a little New Year's Eve tradition with a handful of other couples, and I hope it's one that lasts for many years to come.

Related:
I Love My Kids, but My New Year's Resolution Is to Spend More Time Alone

There are a few key differences in how we celebrate now versus when I was in my 20s that really do make all the New Year's Eve hassle worth it. First, we go to dinner, one where we can engage in adult conversation and finish a warm meal without it getting cold while we cut up chicken fingers into tiny pieces. We tell stories about our kids, toast to the new year, and laugh until our cheeks hurt. Next, while dressed in our glitzy attire, we head to our local bowling alley (not kidding). After a few drinks of liquid courage, we play a few games. Some of our friends can never quite get the hang of it, but the hilarity of it all makes us belly laugh. While I was a little reluctant to go bowling before our first year, it quickly solidified itself as the best decision ever. We have so much fun without the pressure of a fancy party, and last year, I earned my first turkey.

And the fun doesn't stop there.

After the ball drops and we all sing Frank Sinatra's "Auld Lang Syne," we all head to the karaoke bar in the back room of the bowling alley. This is where the true magic (and the drinking that fuels our hangovers ) happens. We sing (probably more like yell) all of the best hits from the '90s and share stories of our younger years over a few too many beers. When we're all karaoke-d out, we take a taxi home. The next day is rough, because we have to juggle being parents with the lack of sleep and slight and constant urge to get sick, but it is oh so worth it.

Related:
16 Creative and Fun Things to Do With Your Kids on New Year's Eve

I know that leaving the kids can be hard, especially on New Year's Eve, but to my husband and I, it's now something we look forward to. That time spent with each other and good friends creates memories that will last a lifetime. It just feels good to let loose sometimes, put on a fancy outfit (or not), and pretend to be young again (even if your joints crack when you sit down). If you love staying home on New Year's Eve, that's cool, too. But if you and your partner are debating over getting a babysitter and having a night out, I say go for it. Who knows? You might even bowl your first turkey.

Positive Parenting
This Year, I Want to Be a Happier Parent, Not Necessarily a "Better" One
by Kate Schweitzer 3 days ago 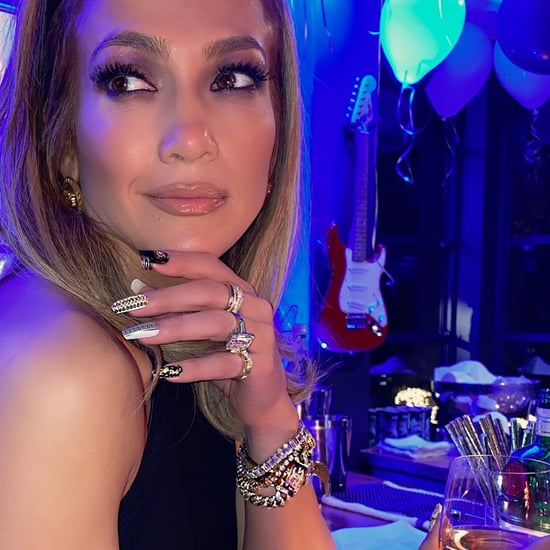