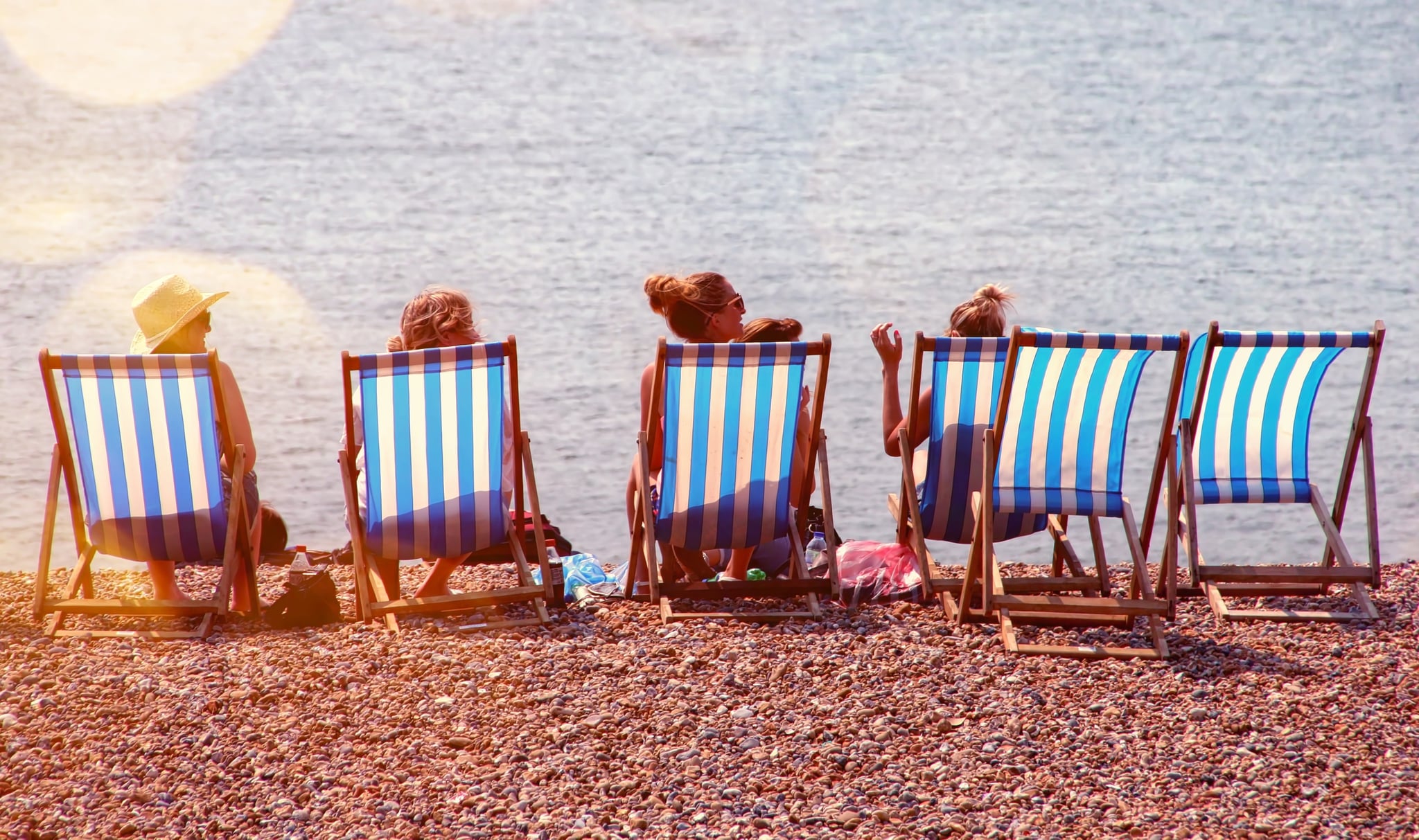 I've always been a bit of a curmudgeon when it comes to sticking to the rules. Line cutters are the bane of my existence. I never take advantage of free samples — it's one per customer for a reason! If anything is operating on an honour system, you better believe I'm going to honour it. And that is why when I visit a pool or beach and see every chair littered with towels and books (or even worse, just a single flip-flop or bottle of sunscreen) and yet no one in sight, I basically lose my damn mind.

Unlike you, who disappears after claiming said chairs and literally doesn't return for hours, I will actually use the chair all day.

Recently, my fiancé and I took a trip to Cancún. The median age of our fellow guests was probably 60, the hotel was no more than half occupied, and — best of all — the resort was strictly and gloriously adults-only. Not a sticky child in sight. While we stuck out like sore thumbs, as the next youngest hotel guests were still at least 25 years our senior (and also because, due to an unfortunate dance rehearsal incident the week before, I had a broken foot and was in a wheelchair), we were looking forward to being able to actually snag beach chairs. But even if we hit the pool as early as 7 a.m., every cabana and lounge chair mysteriously appeared to be claimed, though the pool was empty. I've never felt more like a crotchety old person (and sitting in a wheelchair certainly didn't help).

I didn't expect to see this in an exclusively adult space, but I can always guarantee this game of "calling" chairs at resorts where children are welcome. I get it — when everyone else is claiming spots at the pool or beach, it becomes imperative to stake out space of your own, lest you be left with nothing. Despite being the law abider that I am, I've even been known to leave a beach bag on an empty chair while I grab breakfast — it's survival of the most inconsiderate. Yes, I'm contributing to the problem, but it's the worst perpetrators of the chair-hogging epidemic that are the problem: moms of young kids.

Kids don't lounge. That's just a fact. So while I understand the need to reserve a single chair to serve as a base for all the boogie boards, floats, and pails that young children tote to the beach (and for the accompanying adult to probably actually use), your family more than likely doesn't need eight chairs. A kid who is going to spend the entire day splashing in the water doesn't need the chair you claimed with a pair of sunglasses. But you know who does need a chair? Me, who wants a place to read her book, take an afternoon nap, and soak up the sun while listening to music. Unlike you, who disappears after claiming said chairs and literally doesn't return for hours, I will actually use the chair all day. It's really selfish and 100 percent not fair, so please stop.

Related:
This Cringeworthy Report Details What Parents Need to Know About Hotel Pools

I don't plan on opening my own resort anytime soon, but should I do so, these would be the rules: no claiming of a chair you have no intention of using; no claiming of a chair any longer than 15 minutes before planned usage; one chair per customer (and that customer should be at least 12 years of age); and, for the love of God, no claiming of a chair with a single paltry personal item that is just substantial enough that I can't claim to have not seen it. If you leave your belongings on a chair while you take a dip in the water, fine. If you leave your belongings strewn across enough chairs for an entire extended family while you hit the spa, then we need to talk. And it won't be pretty (especially if I'm still in a wheelchair).