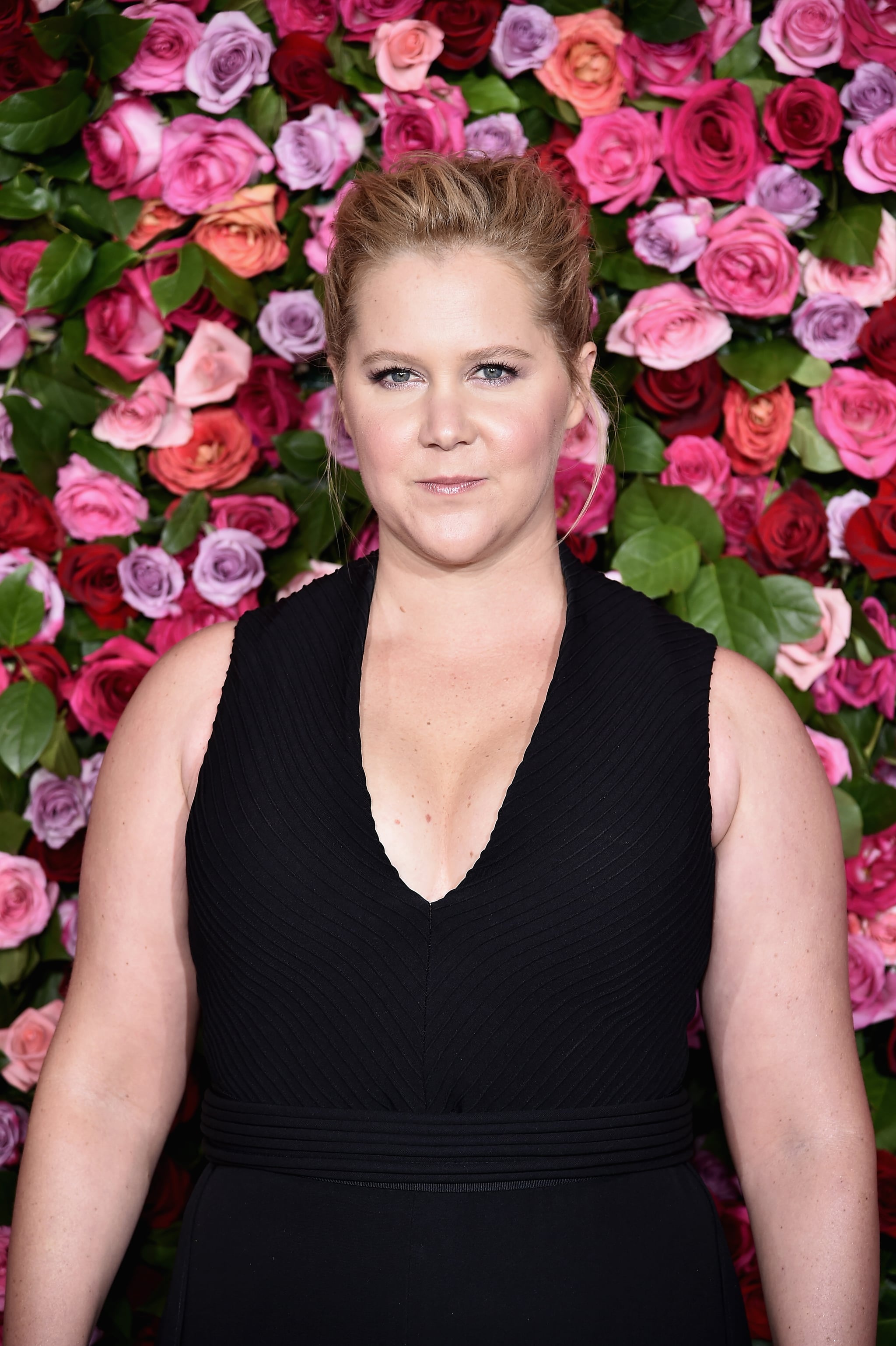 Raising a kid is full of panicked questions, recurrent self-doubt, and inevitable f*ck-ups, but Amy Schumer's got a host of seasoned mamas to lean on when she needs guidance. While chatting with the comedian about her involvement with Hellmann's new food waste reduction initiative, she gave a shoutout to the fellow celebrity parents who've offered their advice and reassurance since she welcomed her son Gene back in May 2019. "This is a fancy list," she jokingly prefaced, adding that Serena Williams was just a phone call away to discuss baby formulas when Gene was a newborn. Ya know, just a casual convo about baby food with one of the most decorated professional tennis players of all time — no biggie.

"What I found is that there's nothing you can do about the guilt, and if you can convince yourself not to feel it, you should."

Before returning to work a few months after giving birth, Amy connected with Veep star and mother of two Julia Louis-Dreyfus to talk through the guilt that often comes with being a working mom. "I called her . . . and was like, 'How do you do it? How do you leave your kids and work?' And what I found is that there's nothing you can do about the guilt. There's nothing. And if you can convince yourself not to feel it, you should, because it doesn't help anyone, but it's really hard." She also has a bevy of supportive social media followers who regularly provide encouragement along the way. One of those is Real Housewives of Beverly Hills star Lisa Rinna, who commented on Amy's recent Instagram video about Gene's at-home screen time."She was like, 'You'll fuck him up, no matter what, so don't worry about it.' And I found it kind of comforting," she told POPSUGAR.

Although Natalie Portman once advised Amy to trust her inherent parenting intuition, she admitted that tactic hasn't quite worked for her and husband Chris Fischer. "Chris and I, our instincts are not good," she admitted, adding that she's been turning to the book How Toddlers Thrive for all the pointers she can get. "[The book] is like, 'Do not sneak out on your child, because if he sees you leave, he'll cry.' So sometimes we'll be scaling the walls like a spy, getting out of there, and they're like, 'That is the worst thing. Don't do that.' So now when we leave, we're like, 'We're going to leave the room,'" she said. "I think there's got to be some balance, but what I'm learning is to not follow my personal instinct."

Another topic she plans to read up on in the near future: how to educate baby Gene on the importance of political and social activism. He's been peripherally exposed to the concept here and there — he was in the womb when his mama was arrested while protesting the Supreme Court nomination of Brett Kavanaugh in 2018, and he's been in tow while his parents attend demonstrations for racial justice. For now, Amy's reading him books like Feminist Baby, but she plans on seeking out even more resources to learn the best plan of action. "He's going to grow up, in his first level of awareness, there's going to be a female vice president," she said. "He's going to be cooler than I was." Welp, those are certainly some big shoes to fill!

"Lean on your friends and just be honest about it."

Amy's biggest tip for new moms? Don't be afraid to solicit help when you need it, just as she's done throughout the nearly two years of Gene's life. "My friends at home, they're teachers or nurses, and we just reach out to each other when we're struggling so we don't feel alone. Everybody's like, 'That's so normal,' and then give each other advice. They gave me advice that has helped [Gene] get on a better sleep schedule," she said. "Lean on your friends and just be honest about it. We keep it so real with each other."