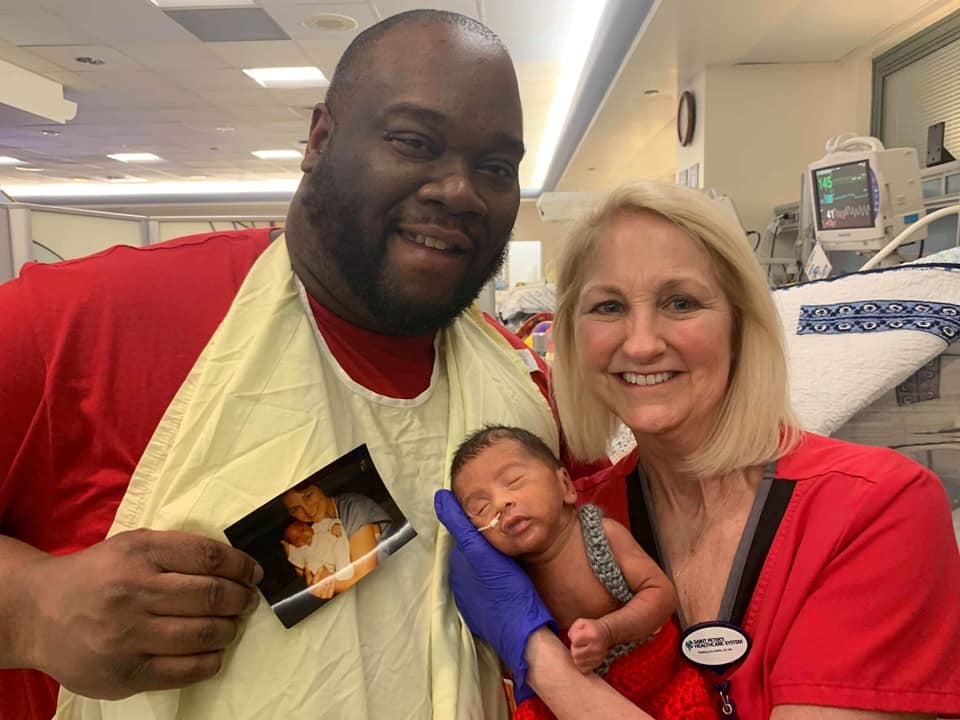 Renata Freydin, a new mom who recently welcomed a son named Zayne at St. Peter's University Hospital in New Brunswick, NJ, has been doing everything in her power to bond with her baby while he's being treated in the NICU. Born 10 weeks early at just three pounds, Zayne has been surrounded by nurses who are determined to get him as healthy as possible. Renata knew that her fiancé, David Caldwell, was born in the exact same hospital in 1986, but she was shocked to find out that one of Zayne's NICU nurses, Lissa McGowan, also took care of David 33 years ago.

"As many of you may know, our son was born 10 weeks early at St. Peter's University Hospital and has been in the NICU ever since (he's doing amazing, by the way!)," Renata wrote in a now-viral Facebook post. "What some of you may not know is that his father — my amazing fiancé — was also born about six weeks early at the same hospital!"

Related:
A Mom Sacrificed Herself to Keep Her 13-Ounce Son Alive, and Their Story Is Beautiful

Small world, right? Well apparently, David had no idea that he and Zayne were both treated by Lissa until they pulled out the family photo album. "He dug out his baby book to show me," wrote Renata. "As I was looking through, I came across a picture of him as a baby and a lady holding him. I knew that lady! I immediately asked him who she was and he confirmed that she was the nurse who took care of him during his stay in the NICU. His mom loved her so much that she needed a photo of the two of them on the day he was discharged!"

It didn't take long for Renata to connect the dots. "The reason I know her is because I swore she was the nurse that had been taking care of our baby boy for the past three days! David didn't believe me," she said. "We brought the picture to the hospital where three other nurses confirmed it was Lissa!"

On Valentine's Day, Renata and David decided to re-create the picture while Lissa was taking care of Zayne, and the end result is truly precious. "The past two weeks have been filled with worries and uncertainty," said Renata. "But we can breathe easy knowing my little nugget's nurse is the same woman who helped the man I love when he was in the same situation."

Check out the sweet matching photos below to have your mind utterly blown! 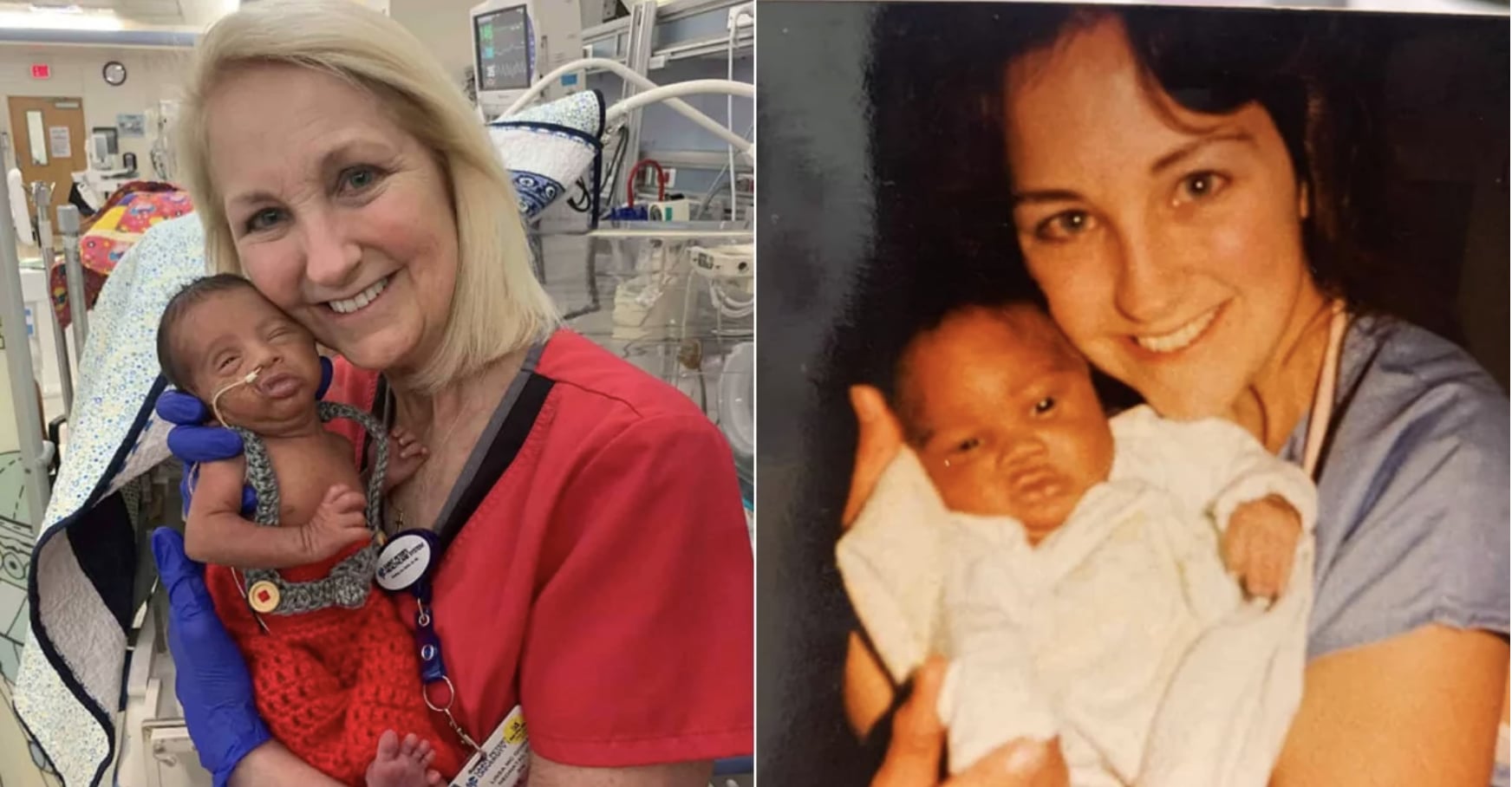