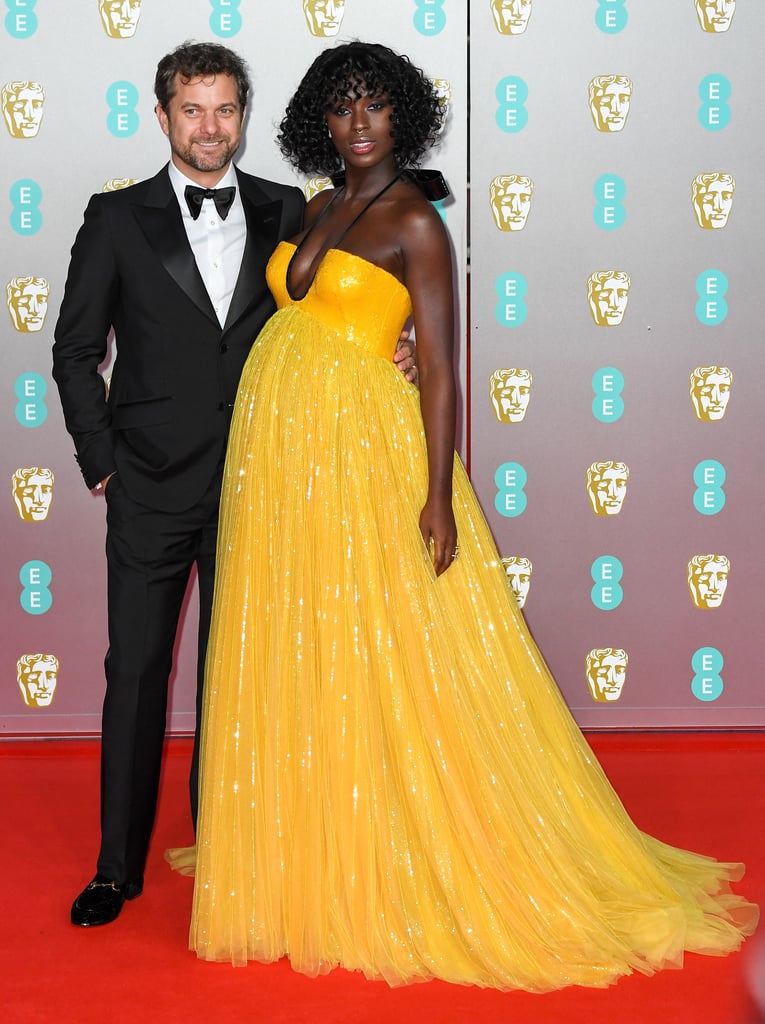 Jodie Turner-Smith and Joshua Jackson welcomed a healthy baby girl into the world, but the process of getting little Janie to greet 2020 wasn't easy — but it was absolutely worth it. In a recent interview for British Vogue's September Issue, Turner-Smith details the "sacred process of creating a family" that required four long days of labouring in the family's Los Angeles home.

"Nobody really teaches you about what your body goes through to bring a child into the world until you're actually doing it," Turner-Smith tells British Vogue. While pregnant in her first trimester, the Queen & Slim actor was shooting an action movie Without Remorse with Michael B. Jordan, catching flights for her debut film premiere with her husband, and tackling nausea, fatigue, and subchorionic bleeds. She credits Jackson for being her rock throughout the process. "Both of us had watched our own mothers struggle to raise children without such support. Both of us were determined to create something different for ourselves. He kept saying to me, 'There's no part of this that I'm going to miss.' And there wasn't."

During their home birth, Turner-Smith explains that "early in the morning on my third day of labour, my husband and I shared a quiet moment. I was fatigued and beginning to lose my resolve. Josh ran me a bath, and as I lay in it contracting, I talked to my body and I talked to my daughter. In that moment, he snapped a picture of me. An honest moment of family and togetherness – a husband supporting a wife, our baby still inside me, the sacred process of creating a family."

"Sometimes I wonder how I will explain to my daughter what it meant to be born in the year 2020," she says. "The historic events, the social unrest, and me — a new mother just trying to do her best. I think I will tell her that it was as if the world had paused for her to be born. And that, hopefully, it never quite returned to the way it was before."

Ahead, some of our favourite maternity moments from Jodie Turner-Smith.