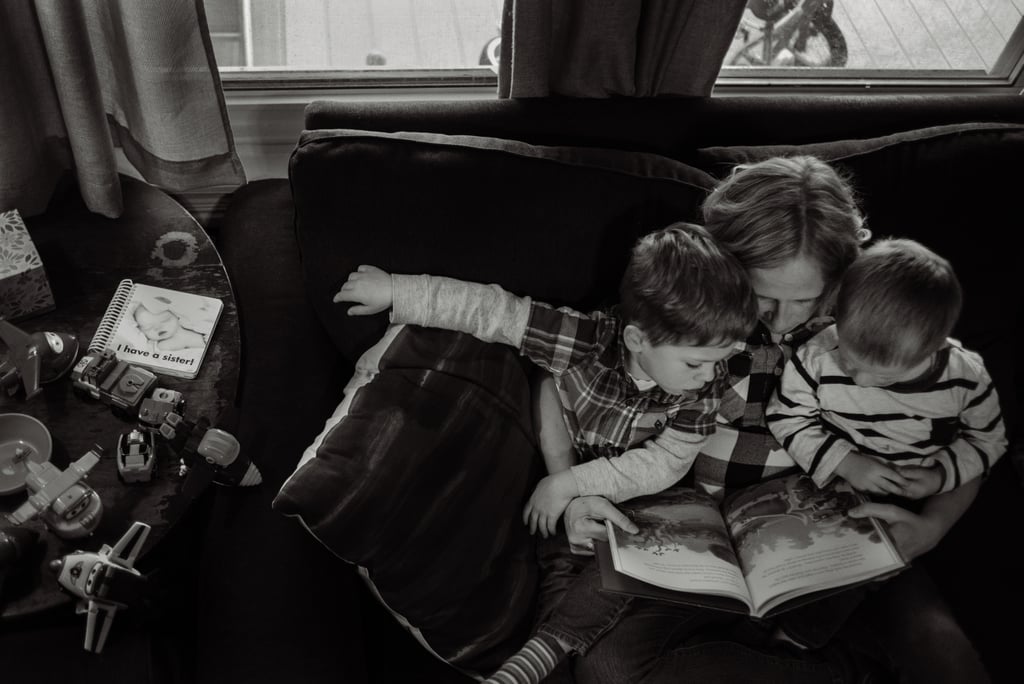 When Meg Brock, a Pennsylvania-based photographer, was initially hired by mother of two Kristin Naylor in 2018, she was expecting to capture the a newborn session. Unfortunately, Meg learned through social media that Kristin's daughter Abby came into the world stillborn at 39 weeks via C-section. As a former pediatric nurse, Meg was devastated for Kristin, and after a few months, she reached out with a different photo series in mind. She asked the grieving mom if she'd be interested in doing a photo series that drew attention to the undeniable pain that comes with having a stillbirth, and the results are the definition of powerful.

"I hope that as a society we can become better at recognising and talking about grief; that we can get over our feelings of discomfort and learn to mourn with those who mourn."

"In the months after Abby's death, Kristin continued to share about her daughter and her grief journey," Meg wrote in her blog. "From afar, I admired her vulnerability, courage, and faith. It's much easier to retreat from our pain. But facing it, walking through it, and making ourselves vulnerable by sharing it with others takes great courage. I believe that in sharing her own pain, Kristin is helping the other 48,000 parents who will lose a child from stillbirth this year."

Through photography, Meg and Kristin are hoping to reach other parents who have experienced this tremendous loss, because you never truly recover from it.

"I hope that as a society we can become better at recognising and talking about grief; that we can get over our feelings of discomfort and learn to mourn with those who mourn, that we can speak of the deceased by name." wrote Meg. "[I hope] that we can honour the losses around us and give friends and family time and space to grieve in their own way; that we can remember that when someone loses an infant or child, while healing can happen, you never truly 'get over it,' and we need to stop expecting that of the bereaved."

Read ahead to get a look at this incredibly emotional photo shoot.