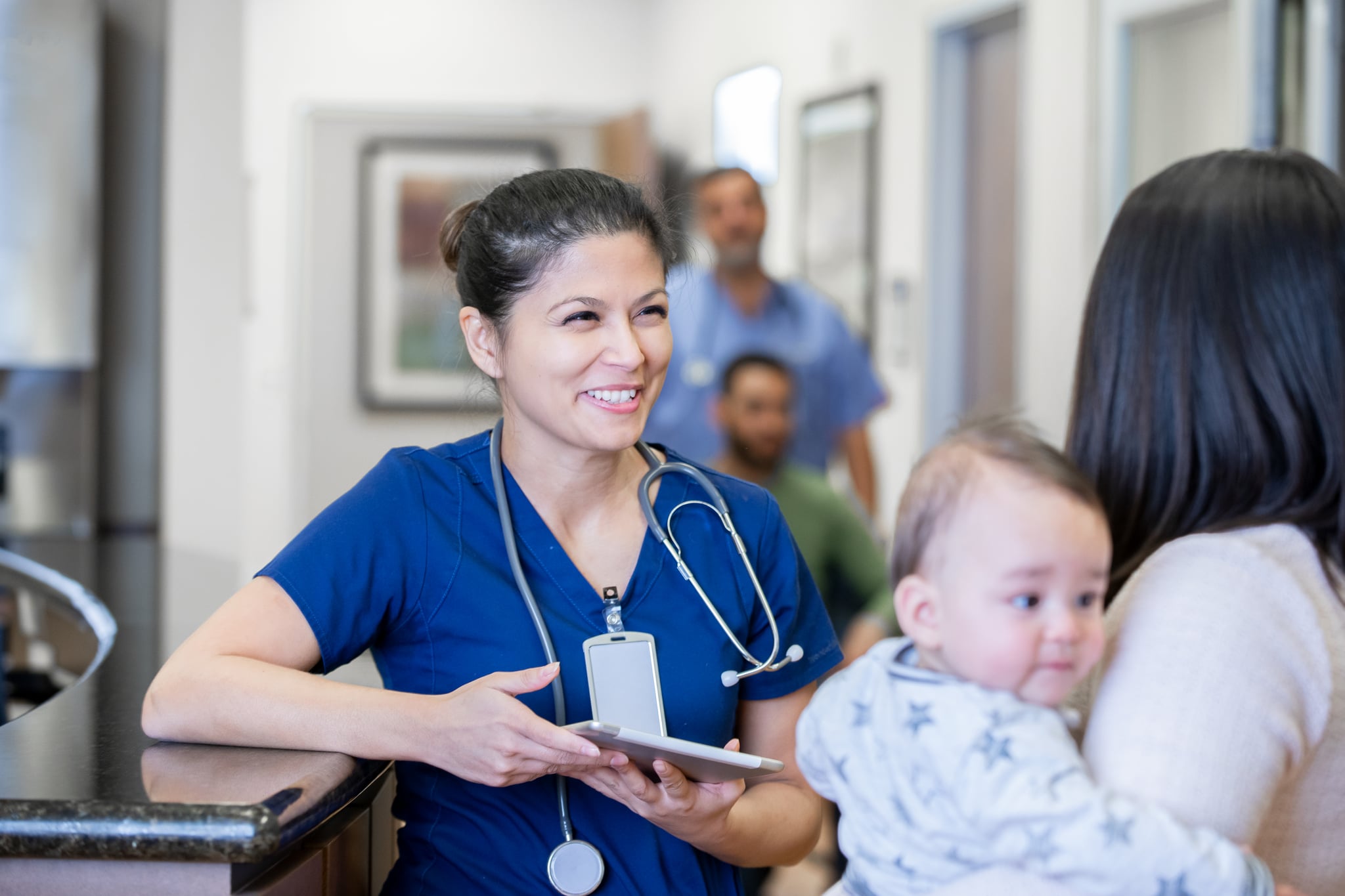 If you've found yourself in the emergency room with your child, one thing is certain: you didn't plan to be there. And, very likely, you are unprepared for what's to follow.

Although Nkeiruka Orajiaka, MD — an attending pediatrician of emergency medicine at Nationwide Children's Hospital in Columbus, OH — spends her days (and nights) in the ER, she understands why it's such stressful territory for parents.

"Because no one wants to come to the ER, no one actually plans for what happens when they end up there."

"Because no one wants to come to the ER, no one actually plans for what happens when they end up there," she told POPSUGAR. "Some assume it'll be quick in-and-out, and it never is, so between their sick kid and long wait times, toward the end, they are exhausted and frustrated and just want to leave."

Most ERs provide patients with discharge paperwork that explains next steps, but relying only on that form could lead to missing important details about treatment, which could then lead to confusion in care or even a repeat visit.

To help, Orajiaka shared the five key questions she encourages all parents ask before leaving the ER:

1. What was my child treated for?

This is essentially the diagnosis, Orajiaka explained.

2. What treatment did my child receive?

You'd be surprised with how many families return home without knowing what care their child actually received, from lab work to imageing to medications, Orajiaka said. "It all boils down to how it was explained to them," she said. "I don't expect parents to know the complex terminology, but the basics would be great."

Even if you aren't sure what any of it means, she advised being ready to write things down or record them into your phone to reference later.

"Some treatments start in the ER, but it doesn't always end there," she said. "You may be given instructions of what to do at home." Knowing the antibiotics and dosages or wound care protocol is especially helpful in the event of a followup visit.

"If you end up in a different hospital, you should be able to say your child was already given that and it did or didn't work," she said. "Otherwise you run the risk of receiving the same treatment, and it's a waste."

Orajiaka recommends parents always connect with their child's primary care provider following an ER visit. "Then you can go over information and ask for more information," she said. "As long as you know the diagnosis and what you were treated for, your regular doctor should be able to help with the rest."

5. When should I return to the ER?

As much as you hope for the best, it's important to "know when an earlier visit is required from worsening symptoms," she said.

One of the biggest mistakes parents make, Orajiaka said, is not asking enough questions. They're often eager to get home, overwhelmed and thus not thinking logically, or unable to get the attention of the attending physician.

"It's OK to ask and ask again," she said, adding that although ER doctors may be time-pressed, it's your job to leave knowing as much information as possible. "You are the best advocate for your child."