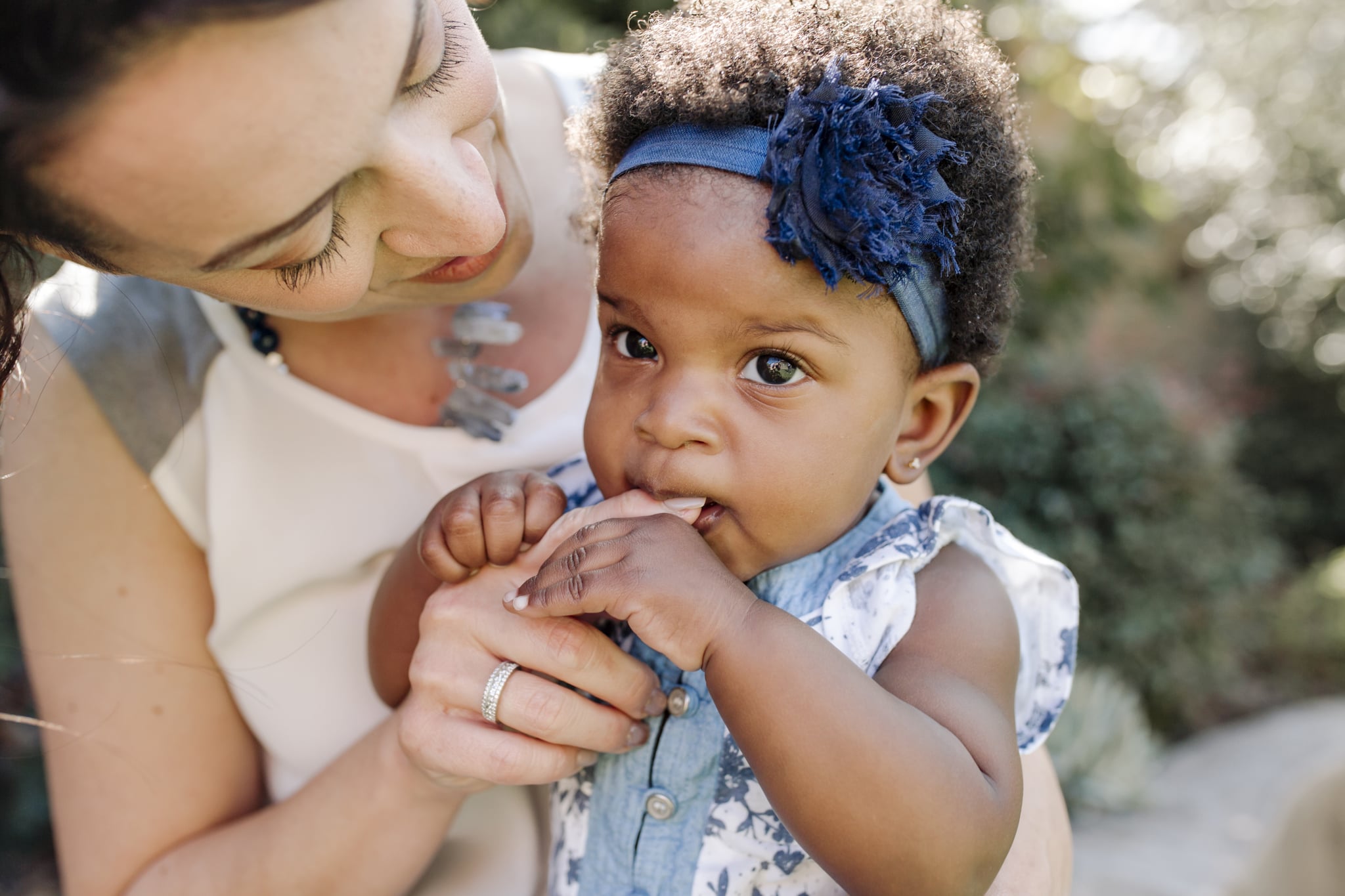 Tiny teeth marks tinged with purple and yellow can be found on my 3-and-a-half-year-old son at any given time — on his arm, back, even bottom. These awful little bruises pop up every time his 2-year-old little brother gets mad (read: every damn day), and my heart breaks for him! My toddler is a biter. To be fair, he often bites out of self-defence — older brothers can be bullies — but that still doesn't make it OK. Whenever my kids get into a fight or my 2-year-old feels wronged in some way, he often takes it out by biting his brother (and often my husband and me, too). This can result in deep bruises and sometimes even draws blood.

While I'm totally into Buffy and love a good vampire novel, I don't necessarily want a mini Edward Cullen living at home. To figure out why he does this, and more importantly, how to get him to stop, POPSUGAR spoke with several experts to get their advice (no garlic required).

Related:
I Stopped Punishing My Toddler's "Bad" Behaviour, and the Transformation Shocked Me

Why Do Toddlers Bite When Mad?

Since 2-year-olds can't always communicate with words what they need — and if they can, siblings or toddler friends don't necessarily understand or listen — they may resort to biting to get their point across. It may be a sharper, more painful strategy, but it works.

"Toddlers bite for the same reasons that they hit or kick others when frustrated. It is usually an impulsive aggressive act in reaction to someone doing something that makes them frustrated or angry," Dina Hirshfeld-Becker, PhD, co-founder and co-director of the Child Cognitive Behavioural Therapy Program at the Massachusetts General Hospital, told POPSUGAR. "Toddlers usually bite other toddlers because they lack the verbal skills to express their frustration or negotiate with each other and have limited emotion regulation skills. Sometimes, toddlers may bite out of curiosity (to see what the other person's reaction will be) or to test adult limits. At other times, toddlers may bite without intending to because they are exploring their world and tend to use their mouths to do so."

Is It Normal If My Toddler Bites?

If your toddler is biting, take comfort in the fact that you are not alone. The experts agreed that this is very normal for toddlers. "Toddlers are adorable little creatures with growing brains. They're exploring and engageing in a world that is overwhelming to them, but they're determined to get their point across," Sarah Levin Allen, PhD, CBIS, licenced pediatric neuropsychologist and executive director of Brain Behaviour Bridge, told POPSUGAR. "Not only that, but they're seeking sensory stimulation from their world, and putting things in their mouths is the perfect way to do this! This is totally normal! As a matter of fact, it's kind of a good sign. It means your toddler is trying to communicate his or her wants or needs. We want to raise kids that will stand up for up for themselves."

At this point in time, your toddler's verbal abilities are limited, so they'll act out in other ways when they're overwhelmed, angry, or frustrated, said Nancy Silberman Zwiebach, MS, PD, certified school psychologist and psychotherapist told POPSUGAR. "Little ones are also very oral centric, so using their mouths may come more naturally than hitting or throwing," she continued. "They can't even put a name to the feeling. So, it seems pretty normal." However, if your toddler is older than 3 and still using biting instead of talking to communicate, you may want to talk to your pediatrician about it. In my case, my 2-year-old frequently bites my 3-and-a-half-year-old, who then immediately starts crying and telling me about it instead of biting back. The good news is my older toddler has stopped biting when he's frustrated, so there's hope for my younger toddler too.

How Can I Discourage My Toddler From Biting?

"When your toddler bites, respond to their action right away in a firm, serious (but non-threatening) voice," David Rakofsky, PsyD, president and owner of Chicago-based psychotherapy business Wellington Counseling Group told POPSUGAR. "Use as few words as possible and emphasise a big tone." Simply say, "No biting! Biting hurts!" then redirect them to another way to express their emotions.

It's important to teach toddlers what to do instead of biting. "Since we know that it's their brains trying to communicate, we don't want to just punish the behaviour," said Dr. Allen. "Punishment, like yelling and shaming, just stops a behaviour. It doesn't start a new one!" Instead, teach them a positive form of communication. You can say something like, "No thank you! Use your words to say what you need," Dr. Allen suggests. Or, you can give them the exact phrase to use, like "I want that toy please," or "please stop hitting me," and couple this with calm down time if necessary. "Then, review the skill, 'You were asked to sit here because you bit your brother. Please say sorry to him . . . now tell me what you do instead of biting.' The key to the plan is to find the first attempt at using his words in the future. Then add significant praise, 'Great job using your words!'" Dr. Allen said.

Also pay attention to the times your toddler is biting. Does he need alone time? Is he over-stimulated? Is he hungry or tired? These can give you more clues into what he's feeling at the moment. "If biting is a recurrent problem, it is helpful to pay attention to any patterns, in order to intervene before the biting occurs," Dr. Hirshfeld-Becker said. "For example, is the child overwhelmed because of the loud, chaotic environment? Is it happening with an older sibling? If there are situations that are causing the child to become repeatedly overwhelmed or highly distressed, acting proactively will be more helpful than acting reactively to the biting."

Biting may be common with toddlers, but it is possible to redirect their communication and anger. We're focussed on helping our son tell us when he's mad instead of showing us through biting. It's a work in progress, but we're getting there! Here's hoping his vampire-like tendencies will soon be a thing that only comes out at Halloween.