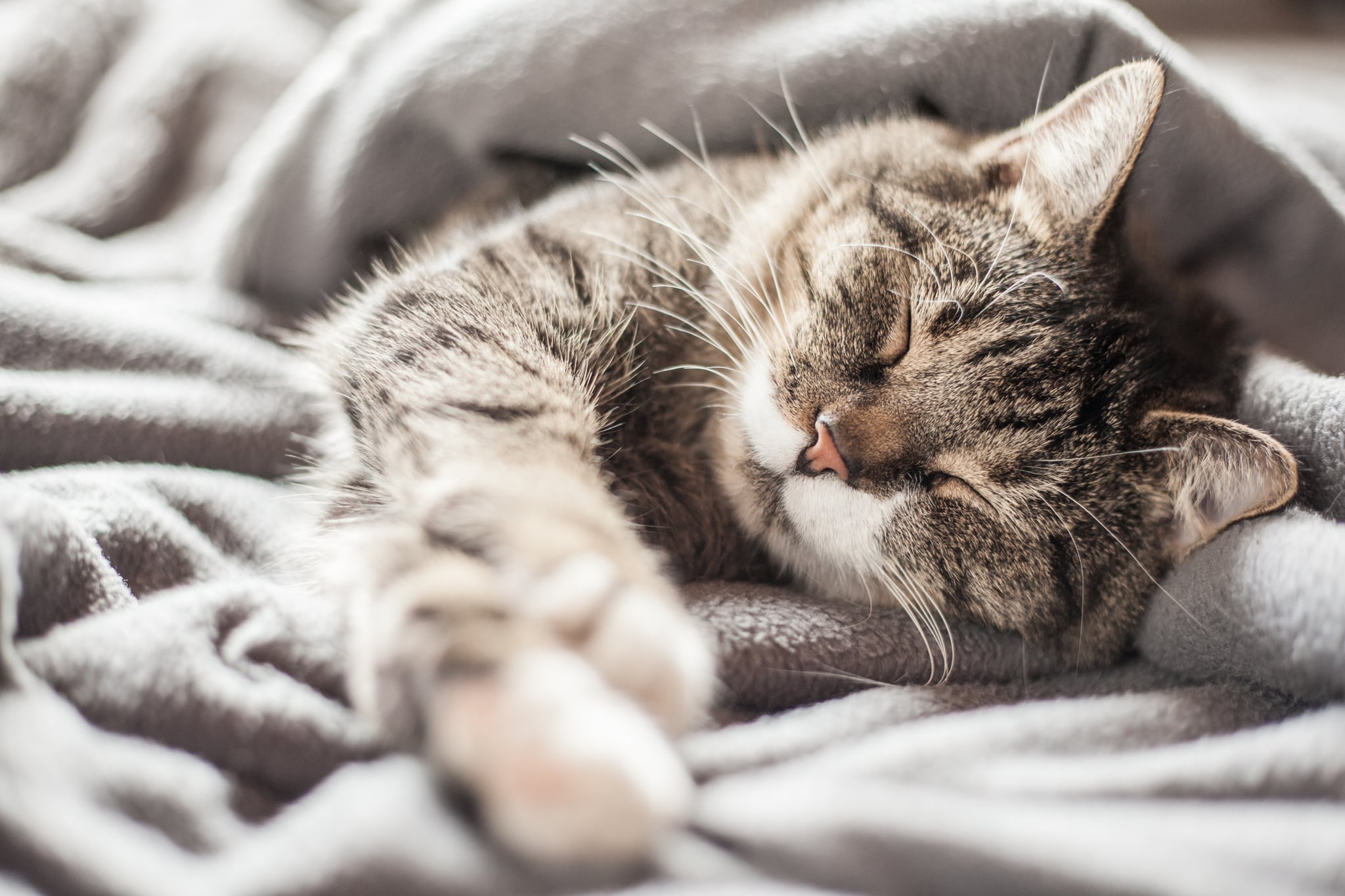 I know not everyone is a fan of chilly weather, but one thing I think most people agree on is that colds are what really make this season miserable. Sniffles, runny nose, coughing, sneezing — it's all upon us, I'm afraid. When I start to feel under the weather, some remedies include soup, fuzzy socks, snuggles with my cat, and — wait a second . . . cats can't get colds, can they? Unfortunately, my cats, Ozzy and Puff, were being difficult and were unable to shed light on the situation. So I turned to the experts.

Related:
Travelling with an Anxious Cat? 6 Vet-Approved Ways to Ensure Your Feline Is Fine

Can Cats Get Colds?

"Just like us, they can catch colds any time of year," they said. "Feline upper respiratory infections are caused by one or more viral or bacterial agents." Dr. Hodges and Dr. Ferguson explained that the symptoms of colds in cats are very similar to symptoms in humans — sneezing, nasal discharge, runny eyes, cough, sniffles, and fever. Cats also can have oral ulcers, they said.

Is It Common For Cats to Catch a Cold?

It is very common, according to Peter Soboroff, DVM, MS, a vet from New York Cat Hospital in Manhattan. "Especially in kittens," he said. "But seldom dangerous or serious."

Cats in pet stores or shelters are more prone to catching upper respiratory infections than domestic cats, as colds are contagious between cats. "If one cat is sick and we don't catch it in time, the infection spreads throughout the rescue facility. If that happens, everyone has to be treated and facilities have to be cleaned thoroughly," Dr. Hodges and Dr. Ferguson said.

How Do I Treat My Cat's Cold?

It depends on the case, according to Dr. Soboroff. Symptoms should disappear within 10 days or so, and when there are only mild symptoms, there is usually no treatment necessary. But if symptoms appear to get worse after four days, or if your cat is having trouble breathing or has a loss of appetite, it is important to make an appointment with a veterinarian.

"Some cases get more severe, some have secondary bacteria involved," Dr. Soboroff said. "Sometimes you need antibiotics, sometimes antiviral medications, sometimes both. In severe cases, they could have trouble breathing or there could be significant damage to the eyes or to the nasal cavity. In a rare case, you would need to hospitalize your cat. But most colds are mild."

What Do I Do If I Think My Cat Is Sick?

Dr. Hodges and Dr. Ferguson said they occasionally have to hospitalize severely infected cats, "so please, if you think your cat may be sick, call your veterinarian!" If your cat's symptoms are only mild and your vet says no treatment is necessary, you can still make your cat more comfortable by wiping their runny nose and eye discharge with a clean cloth and making sure they are eating and drinking enough. If they sound congested, you could also put a humidifier in the room with them.