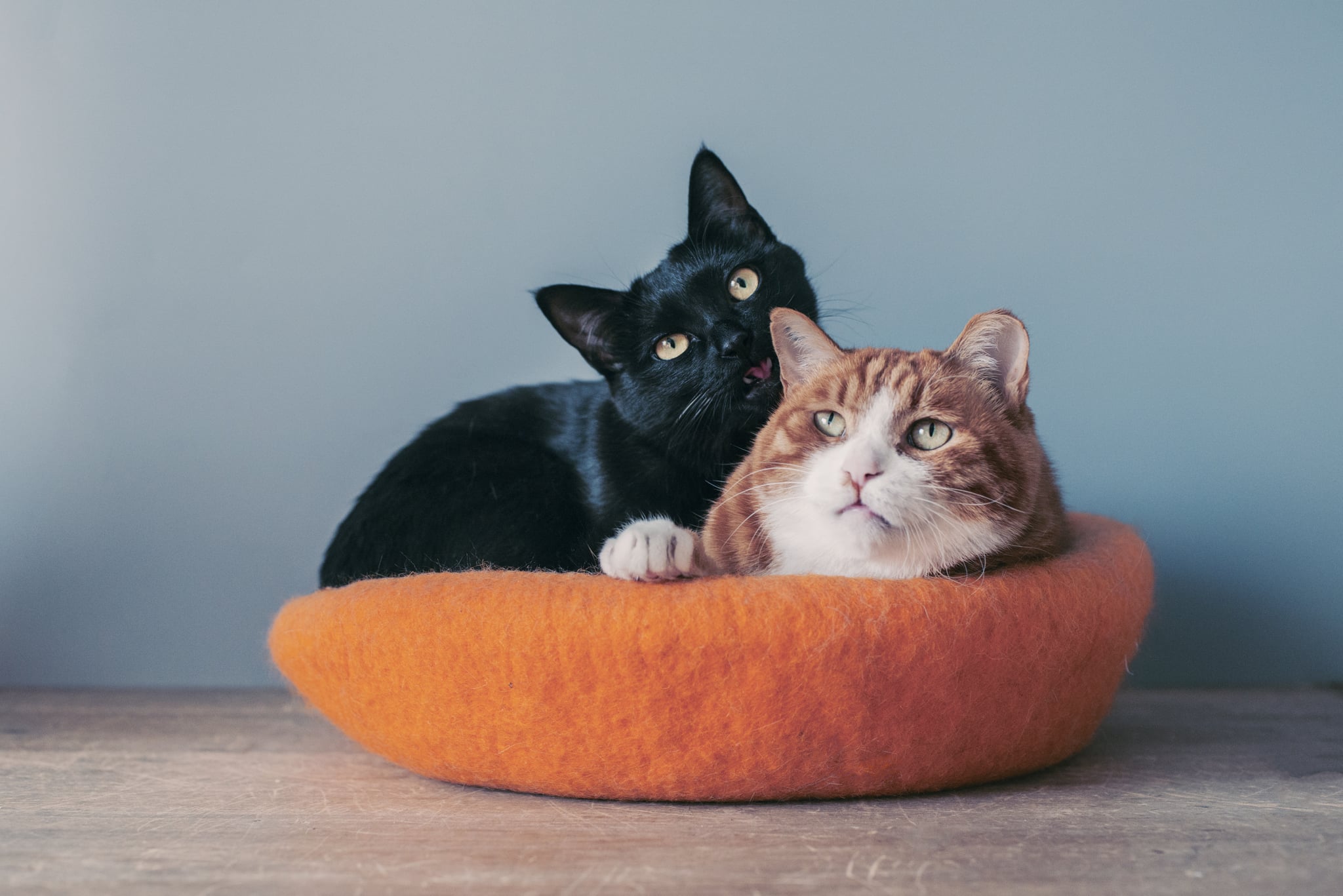 With millions of cats entering animal shelters each year, adopting a furry friend is one of the best things you can do. But if you already have a cat in the house, there are important things to keep in mind before bringing a second one into the home. Brian J. Bourquin, DVM, founder and Chief Medical Officer of Boston Veterinary Clinic, says, "If you're unable to give your cat more attention, you could consider getting a second cat or even a dog."

Related:
Is It Normal For My Cats to Groom Each Other? Two Cat Experts Weigh In

Do Cats Get Lonely?

Although cats have a reputation of being independent, they do need love and attention to live a happy life. "Just like humans, some cats can be extroverts, others can be introverts," says Sarah Wooten, DVM, CVJ, and vet expert at Pumpkin Pet Insurance. "Cats that have happily lived in social feline groups can get lonely or bored. It really depends on the cat."

Cats with anxiety or ones that have only been with humans since kittenhood generally don't like other cats. Dr. Wooten says it can take anywhere from eight to 12 months for cats to develop a relationship. "Some cats become good friends and cuddle buddies, others learn to merely tolerate each other."

What Should You Do Before Getting a Second Cat?

Experts suggest choosing a cat that's of similar age and energy level to your current cat. "A young kitten or adolescent cat is much more accepting of a four-legged friend rather than a senior cat," says Dr. Bourquin. "Older cats may not be as accepting and could get annoyed having a younger housemate."

However, some cats can be more accepting of kittens. It's possible for kittens to be perceived as less threatening to the already established cat's domain, says Matthew McCarthy, DVM, founder of Juniper Valley Animal Hospital. "Nonetheless, whether introducing an adult cat or kitten, aim for a long slow introduction."

How Should You Introduce Two Cats to Each Other?

If you decide to bring home a second cat, you have to carefully introduce them to each other. Dr. McCarthy says you should keep the cats apart in separate rooms for about a week with a gradual introduction. "Even though they can't see each other, the cats will know that there is another cat on the other side of the door." Then, while they're still separated, you can expose the cats to each other's scent by placing small items in general areas of the house where the respective cats can find them.

Once the cats seem unbothered by the items, allow each cat into a common area for a few minutes per day. "When both cats seem pretty at ease in this room, it's time to let them eyeball each other without the opportunity for physical contact. Glass, screen doors, or mesh panel baby gates can help keep this as safe as possible."

Move the barrier once the cats approach it with ease on a consistent basis, which could take a couple days or even weeks. "Once the kitties are meeting like this with no outward aggression, the next step is unsupervised time together," says Dr. McCarthy. All cats are different, so be patient during this process and give your furry friends time to feel comfortable.