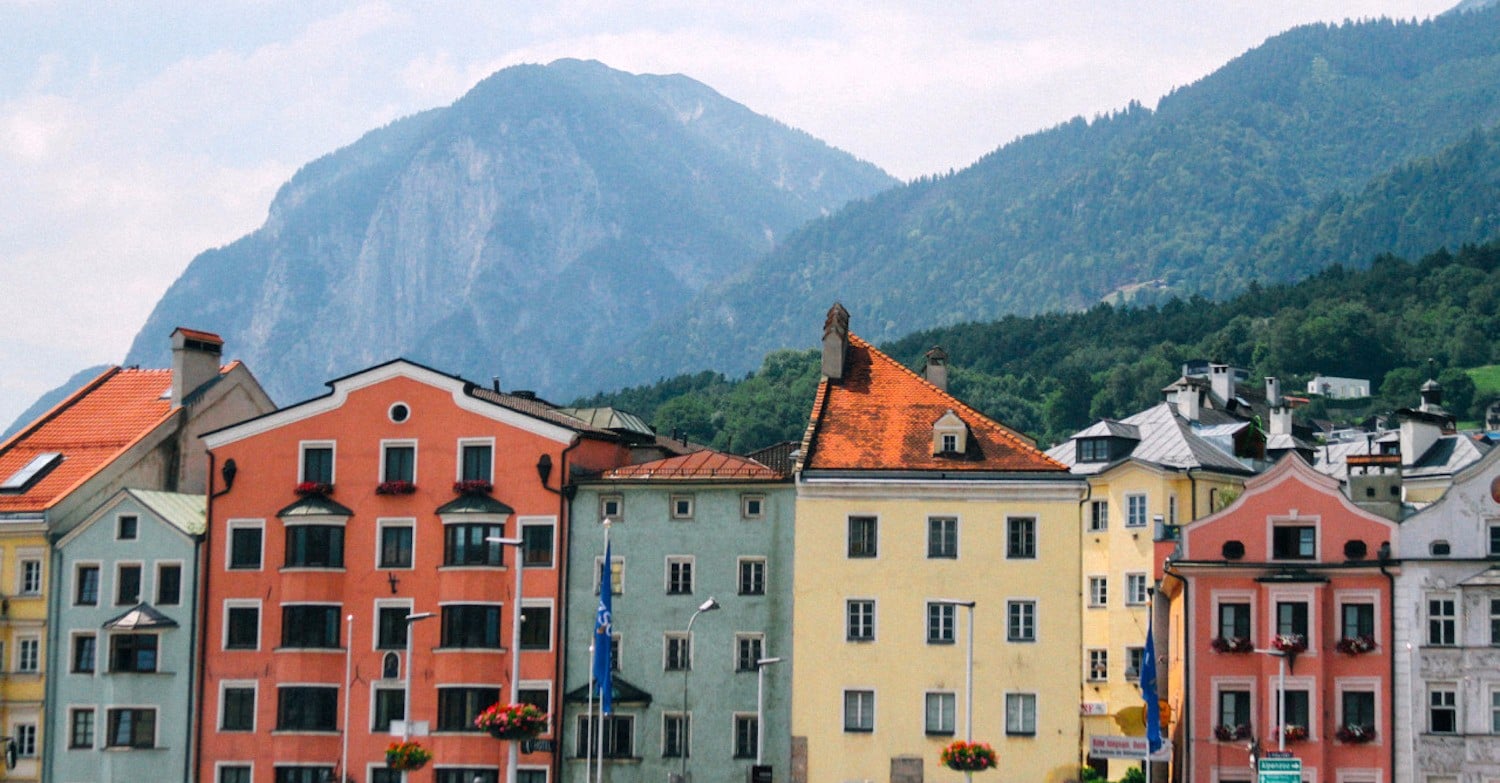 As an introverted budget traveller with a low tolerance for annoying people and a long history of independence, a 10-day bus tour through Europe did not immediately scream my name. But who would I be if I were to turn down a free trip? Yes, I won a free Euro trip after nominating my friend who had never travelled and writing a compelling short story about why it would be incredible for us to be able to go on an adventure together. To my surprise we won, and a couple of months later we were swept off to Europe on a very clichéd whirlwind tour.

My travel partner, who is extremely extroverted and had never been out of the country, was incredibly excited to get a chance to see the world in this way. For someone with little experience away from home, having a fully guided tour with everything set up (from hotels to meals to transportation) was perfect for her. I, on the other hand, was starting to sweat. As a shy person who prefers to travel solo or with a tiny group, I was worried about how I might handle being given an itinerary rather than getting to plan one out myself. I was also not super excited about the fact I'd be stuck with a group of 35 people I'd never met.

But I wanted to make the most of getting gifted this experience, and we set off on our journey. Things weren't exactly off to the best start. My friend's luggage never made it to London, so that was a huge mood killer for the both of us. Our jet lag also knocked us out, which meant missing out on our only day in London. That evening, we met up with our group for the orientation to get acquainted with our tour manager and how things would work for the duration of the trip. I was already getting anxiety at being told where to be and when since I like to be a free spirit with no restrictions when on the road.

The next morning, we woke up at 5 a.m. to get ready to board the bus to our first destination of Amsterdam. Our manager got us all in the mood to travel by playing what he called our theme music for the entire trip. "Lion in the Morning Sun" by Will and the People came to haunt me for the entire 10 days, as each morning on the bus we were treated to this upbeat tune. And while it did lift the spirits, I was wondering if our guide knew any other songs and if it was the only one on his iPod.

As we neared the end of the journey, we all felt that we bonded in a unique way.

As we drove along, we played a speed-dating game as we moved around the bus getting to know one another. So many nationalities were represented. We had South Africans, Australians, Americans, Canadians, and even European expats who were living elsewhere and wanted to come back to their home continent for a trip. As I started to meet more and more folks, I began to soften my attitude toward this manufactured journey and figured that I should relax a bit and be open to an experience that would allow me not only to travel but also to make new friends from all over the world.

Being in close quarters with these people turned out to be incredibly wonderful. Each personality lent itself to a different way of exploring. When I wanted to go out clubbing at night, there were people for that. If I just wanted to sit and enjoy the scenery, there was a solo traveller who was very happy to relax with me as my friend went off with other tourmates. With each pit stop at a petrol station to take a break, grab some food, and have a quick chat with someone new from the journey, I was overjoyed to get to know these people.

The variety of cities we saw was incredible for the 10-day period, although because of the fast-paced nature of the trip, it only ever ended up being about a day in each location. One day in Venice is not nearly enough to take in all its beauty. We had a stop in a small town in Germany that felt unnecessary when there are so many other places in the country that would be more intriguing to see on a European tour. It felt a bit odd to have things out of my control, like where we ate, slept, and were entertained, but it had to be that way because there wasn't enough time to plan anything separate for ourselves.

And, of course, with a group of people like this, there will be drama and odd moments. We had a few people disappear overnight and then were told they had to leave the tour due to injuries or family emergencies. One girl hooked up with our tour manager and was left at the end with a broken heart. Even my friend started to get on my nerves a bit after spending 10 days in a row together. A group of us spent an extraordinary amount on a taxi to go out clubbing at Kultfabrik Munich (suggested to us by our guide), and when we arrived it was a ghost town with only one bar open and a bunch of creepy guys ready to pounce on the few women gullible enough to come all the way out there.

But as we neared the end of the journey, we all felt that we bonded in a unique way. We accepted Facebook friend requests, tagged one another in our photos, kept in touch through IM, and could fondly recall this week and a half that we spent together. While it may not have been my main method of transportation or how I would choose to travel, it gave me a chance to see new parts of Europe that I hadn't yet been to at that point and a nostalgic feeling of summer camp that I didn't even know I had been missing from my childhood.

A bus tour is a very specific way to travel and definitely not for everyone. If you're a person who has a lot of money saved up and likes to have everything set up for you in advance so you don't have to worry about anything, then going through a tour company might be a great option for you. However, if you're good at planning, you can make a trip for yourself that is not only way less expensive, but also to your own liking and style.