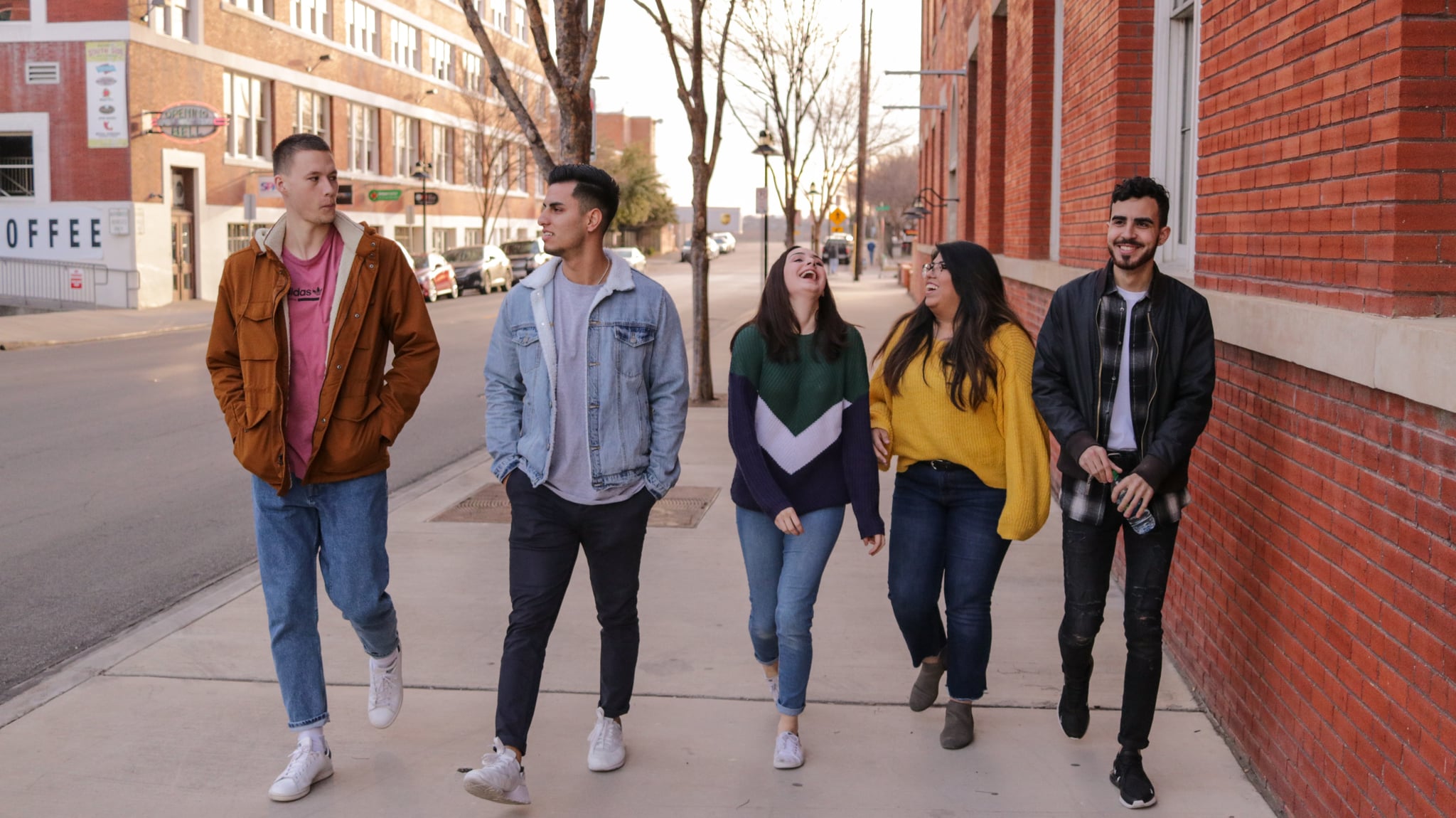 When you think about going to college, you probably imagine the whole college experience: a new roommate, shared bathrooms, and parties in the dorms. But living on campus isn't a viable option for everyone, which can make feeling connected to your school (and making new friends) a real challenge. I lived off-campus, first during my time in community college, but felt just as involved in campus life as my friends in the dorms. Here's how.

1. Go Beyond Your Class Schedule

I always made sure to be on campus beyond the hours of my classes. I would usually arrive at school about two hours before my classes began, so that I could read, study, and eat on campus. Rather than lingering at home, I would go and work in the library if I needed to focus and in the dining hall area if ambient noise would help me. This helped me feel like I was part of the campus environment and even helped me make friends. I would see people from my classes, and we could chat and study together. Even that small effort to be on campus more made me feel like I was part of things.

I am not a huge sports fan, but I attended things like big football games because they helped me feel spirited and proud to be part of it all. My school often brought authors, comics, guest speakers, and bands to campus for performances, and I tried to make sure I went to those events and invited people to come with me. It definitely gave me more of a college experience than if I'd seen these same performers elsewhere, and it was cheap! It helped school feel more fun and social, which was extra important since I wasn't around for dorm parties and the natural bonding that takes place in residence halls.

I knew I wasn't a sorority person, so I looked to other campus organisations to get involved in. I joined the English Club and also edited the campus literary magazine. It helped me meet people with similar interests, kept me writing regularly, and also gave me an opportunity to work on skills I would use in future jobs. It was really great to feel like I was part of a community on campus and to have a collaborative project outside of what I was doing in my classes. I met a lot of creative people, and we formed friendships that wouldn't have been possible just inside classroom walls.

4. Get to Know Your Professors

I attended office hours whenever I could, which strengthened connections with my professors. Getting to know them outside of lectures made it easy to get advice, ask questions, and get letters of recommendation when needed. Additionally, I met other students from my courses who also needed help. I also helped to organise study sessions with classmates before exams, which made even my most challenging courses feel doable. Slowly, these relationships with study buddies developed into genuine friendships, and since most of us were in similar majors, we built our own little support system.

5. Hang in the Same Spots

I chose to hang out on campus in consistent places, so that I got to know other people who were there regularly. I frequented a coffee house on campus most days, celebrated the end of finals at the same pizza joint, and got dinner before my seminar classes at the same spot each Thursday night. It made campus feel like home and helped me get to know people having similar experiences.

While going away to college might feel like the ideal situation for many people, it's not the only way. I'm grateful for the ways I was connected on my campus while getting to live outside of it. While I sometimes long for that traditional experience, overall, I wouldn't change a thing.