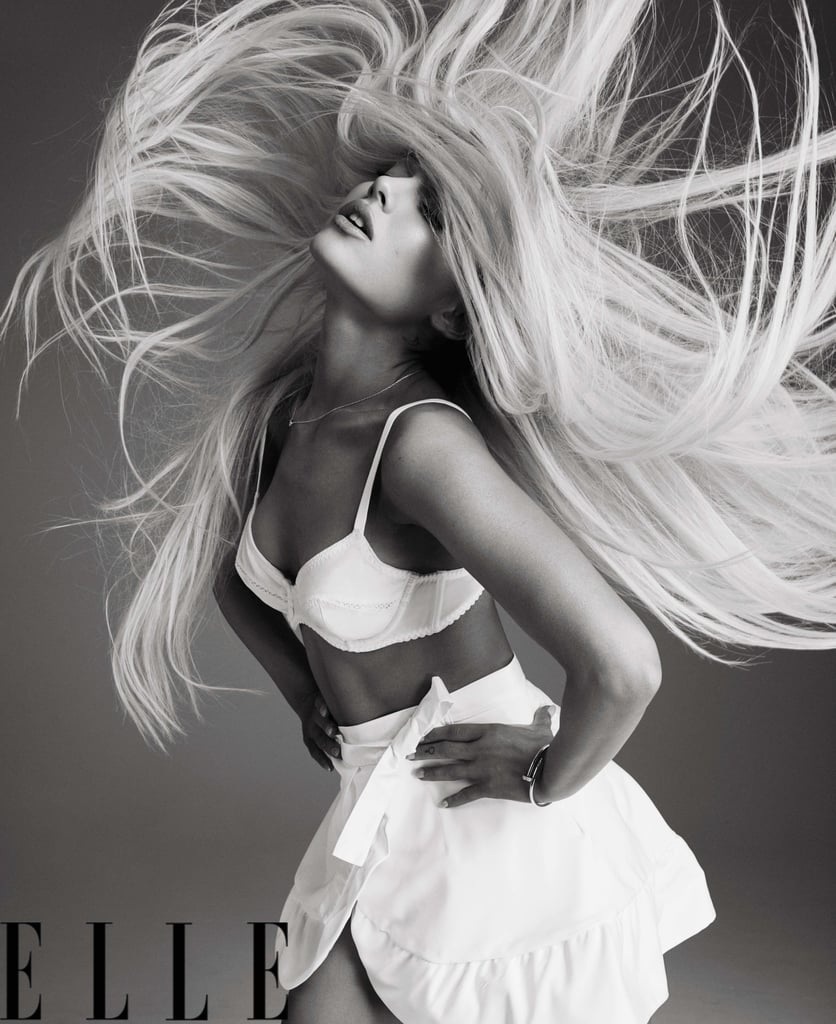 Ariana Grande is back with another gorgeous magazine cover and once again, the ponytail is nowhere to be seen.

After letting her hair down for her Vogue UK cover last month, Grande has upped the ante even more for the August edition of Elle. Her hair has never been longer or blonder — and it's so good. One glance at Twitter is enough to confirm that Arianators are serious fans of the new cover. One tweeted, "HOLY F*CKING F*CKS. ARIANA LOOKS SO F*CKING AMAZING ON THE COVER OF ELLE MAGAZINE IM CRYING!! 😍😍😍"

Her superlong blonde hair was styled by Josh Liu, and you'd never guess that this was their first time working together, "swishing and tossing strands by the handful, just out of frame, for hours" on set. Although her most recent shoots have shown her in a new light, this probably isn't the end of her iconic pony. Grande hasn't forgotten about her signature style with all this new-found glamour. When asked what her favourite ponytail was, she responded: "the high, sleek, dark one. But she takes many forms. Many forms. There are lots of different girls in this sisterhood."

As for the makeup, it was kept minimal. Makeup artist, Patrick Ta did a neutral-toned lip, fresh skin, and barely-there eye shadow.

You can see the full feature in the August issue of Elle, available online now, or on newsstands July 24.