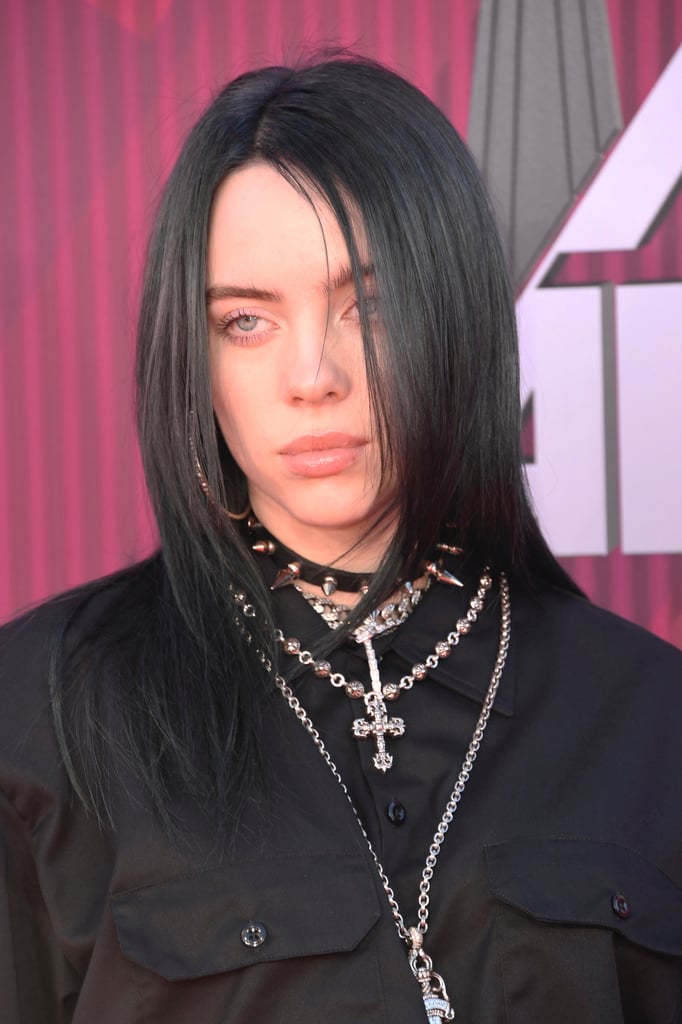 It feels like the most un-Billie Eilish thing to do to talk about Billie Eilish's hair. We could talk about so many other things — like her unique sense of style and how terrifying her "Bury A Friend" music video is — but the fact is: she's a damn good source of hair colour inspiration.

The singer and songwriter, whose career skyrocketed after the release of her song Ocean Eyes, kicked off her career with silver hair that was as ethereal as she looked in her music video for the single. She has since had a spectrum of hues, including electric blue, seafoam green, and smoky grey.

If you're wondering how you can get Eilish's hair looks, first thing's first: hairstylist Stephanie Diaz doesn't recommend trying to do so at home because, depending on your hair's starting point, it could take many steps (it could require a double process) and a ton of wait time. "If you look at [Eilish's Instagram] pictures where she has some roots and some regrowth, you can see her natural colour. It's not super dark, but way darker [than the colours she dyes it to]," she said. She explained that if you're going from a natural, dark brown shade like Eilish's, it could take as long as six to eight hours.

Now, assuming your hair is already lifted to the ideal colour that could transform into Eilish's — and that would be a "platinum," or natural "toe-head" light, blonde according to Diaz — you have options. She recommends using a direct dye, because "there's no chemical action happening. It's only putting on top of what you have, and then it'll fade out."

She took us through some of Eilish's iconic hues:

For Eilish's smoky grey hair you can use the Sterling ($12) hair dye from Arctic Fox.

For Eilish's bright silver you can the Sterling ($12) hair dye, mixed with Arctic Mist ($12) diluter by Arctic Fox.

Award Season
BAFTA Awards 2021: The Best Celebrity Hair and Makeup Looks of the Night
by Sophia Panych 1 week ago