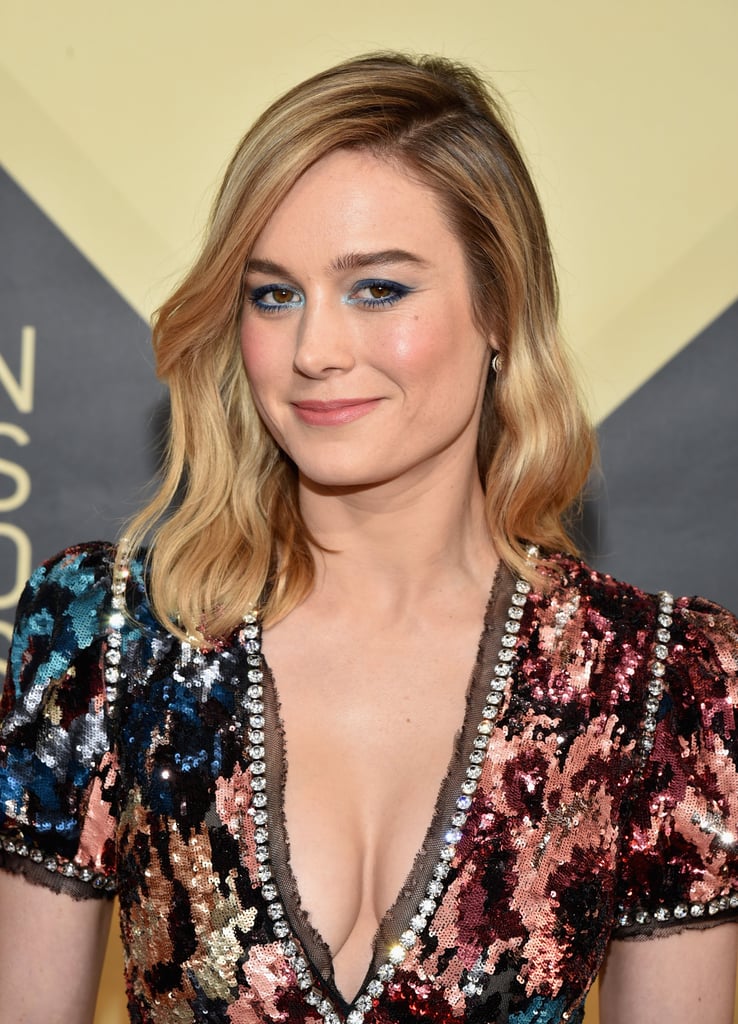 No doubt, one of the first shades of eye shadow you ever bought was a baby pink or a bright blue. You probably had no idea how to wear it but did it anyway (and your mom let you go out like that!). If photos from back then have scarred you enough to never consider trying out the hue again, allow Brie Larson to convince you why blue eye shadow deserves a second chance on your next night out.

Brie stunned in a kaleidoscopic-coloured Gucci gown at the 2018 SAG Awards, but our eyes were were on her frosted blue eye makeup. Celebrity makeup artist and Nars pro Rachel Goodwin was the master behind the look. She wanted to incorporate the playfulness and colour of Brie's dress. She explained, "I took the blues from her dress and used those shades to create a bold eye statement while keeping everything else soft, feminine, and fresh."

Rachel started Brie's look with Nars Natural Radiant Longwear Foundation (£35) for a glowy, yet long-lasting base, then Nars Liquid Blush in Orgasm (£23) was applied to give the cheeks a rosy flush, and Nars Sun Wash Diffusing Bronzer (£29) was added for a bronzed structure. For the blue eyes, Nars Velvet Shadow Stick in Grande-Large (£21) was used along the upper and lower lash lines, as well as the inner corners of the eyes to create the stand-out celestial look.

Ahead, see more snaps of Brie's blue makeup, and re-create it at home!