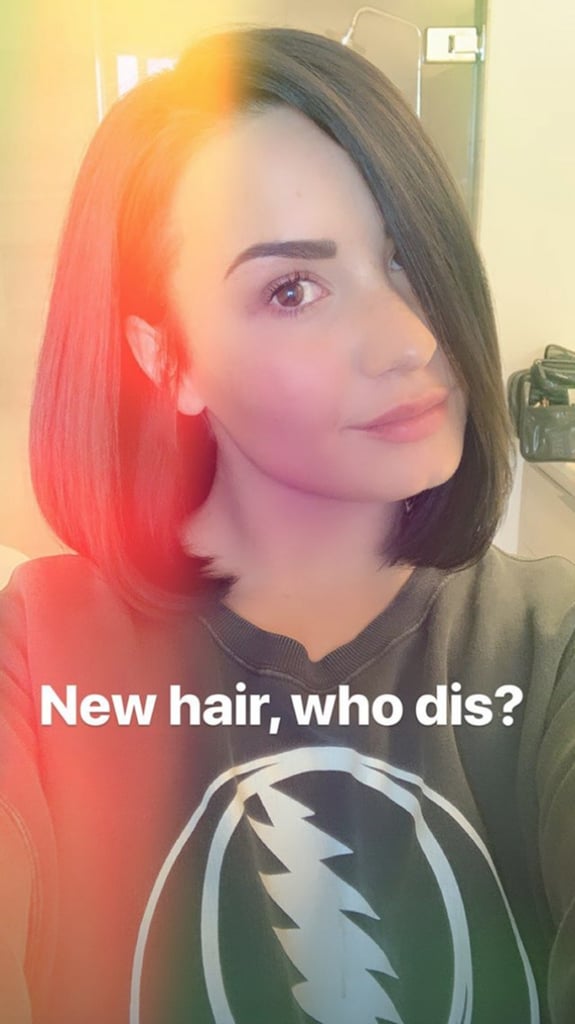 Demi Lovato Chopped Her Hair Into a Sleek Bob, and Wow, She Looks Gorgeous

Demi Lovato just did some major Spring cleaning — on her hair, that is. After growing her hair out for quite some time, the 26-year-old star chopped it into a fresh, blunt lob that's now officially at the top of our hair inspiration board. The "Confident" singer revealed her transformation on Instagram Stories, sharing before-and-after snaps to prove just how drastic the change is. Whereas her hair used to extend well past her shoulders and had rust-coloured ends, it now hits just above her shoulders and is one uniformly dark hue.

Amber Maynard Bolt of LA-based Nine Zero One Salon is the hair guru responsible for Lovato's sleek chop. "Demi has been feeling great and wanted something to represent that," the master stylist said of Lovato's new look in a press release. "She's been wearing extensions and growing her hair out for a while, so this was a nice change up." We couldn't agree more! Keep reading to see more snaps of the singer's shoulder-length hairstyle, and if you're still hungry for more hairspo, check out all the other stars who've recently taken the plunge and cut their hair into a blunt bob.