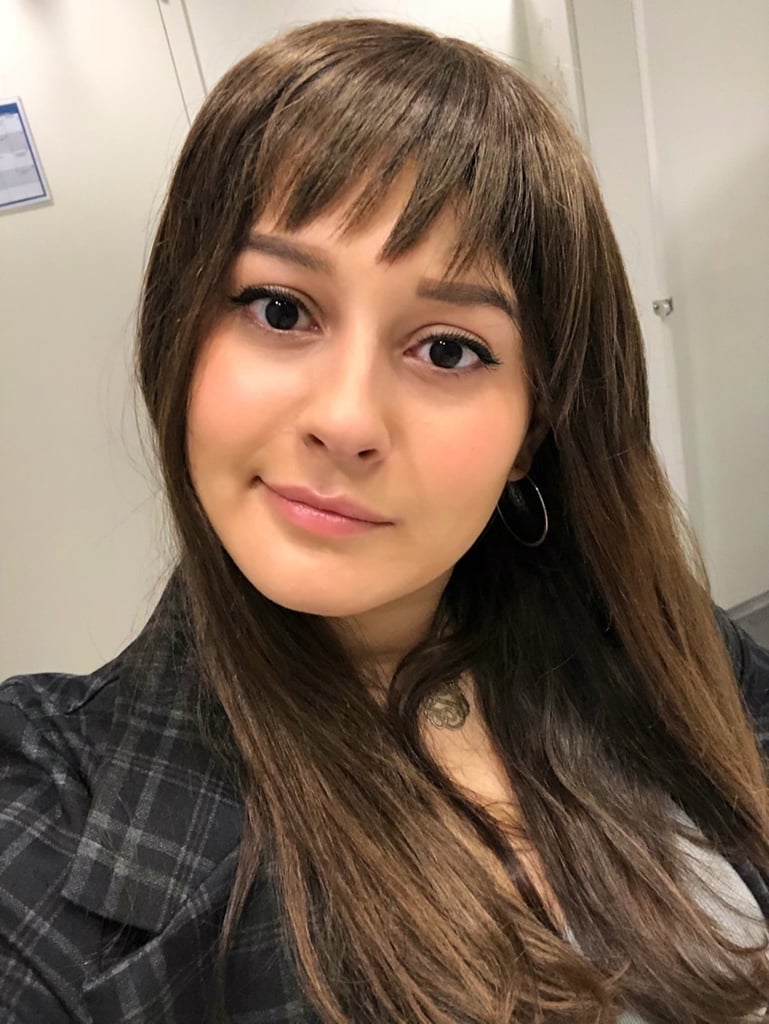 I Wore a Fake Fringe All Day, and This Is What Happened

The last time I had a fringe, I was 5 years old, and it was frankly not my decision. As long as I've been able to, I've avoided getting the somewhat high-maintenance hairstyle, but lately, I had been starting to wonder: how would I look if I did take the plunge?

Luckily, I discovered that hair-extension brand Hairdo creates human-hair clip-in fringes so I could see exactly what I would look like. I had them send me a pair so I could test them out in the office and see what my co-workers thought. When I walked into work, I immediately grabbed the fringe and a pair of scissors to do what every hairstylist has always advised me against: trim it myself. The instructional video online told me to do it, so I decided that it would be OK.

After some decidedly blunt chops, the fringe looked more or less the correct length, and I secured it to my head by placing the clips at the midpoint on the top of my head and secured it by snapping them into place with my natural hair. I tousled it a little bit with my hands, trying to get my natural strands to blend with the short fake pieces on either side of my head. I kind of felt like I had a small animal living on top of my head, but I began my day.

In the hours that followed, an increasing number of my co-workers did double takes as we said hello in the kitchen. A few people even told me they loved how it looked, completely unaware the fringe was fake. A majority of my coworkers, however, kind of stared at me confused, trying to discern if I really had chopped my hair. At the end of the day, we had a team-wide editorial meeting where I was outed for my fake fringe. A room of 25 people all wanted to know how it looked so real and were impressed by how closely it matched my natural colour.

When I was finally able to take the fringe off at the end of the day, I was relieved. I'm not used to having hair constantly touch my forehead, and the clips were starting to give me a headache. Although I like switching up my look, and many people have since encouraged me to cut a fringe into my real head of hair, I've decided I might just stick to the fake one for now. While I don't think they're completely convincing, I definitely fooled a few friends. Check out the before and after, ahead.