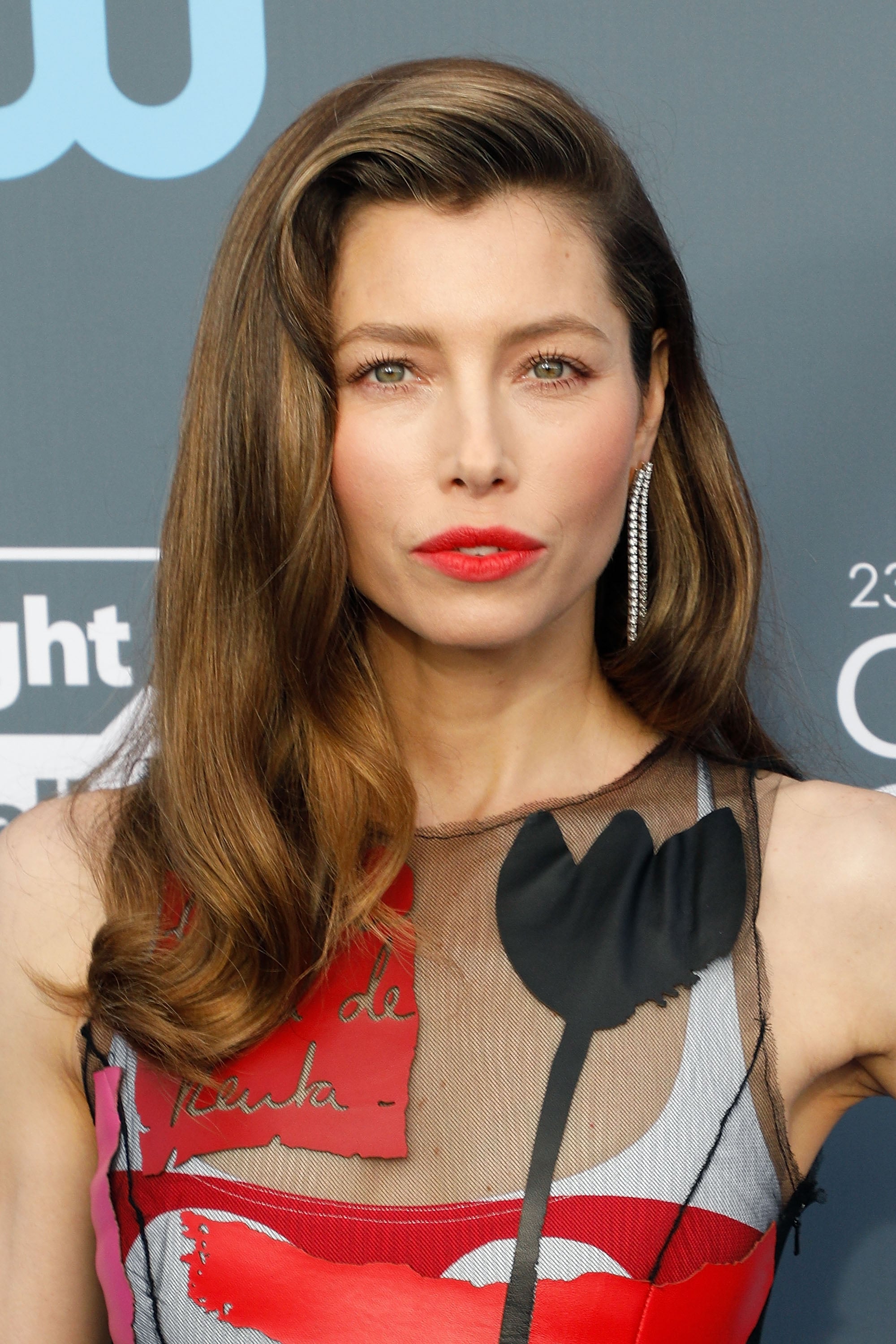 One of the biggest delights of 2018 award season is keeping our eyes on whatever hair colour Jessica Biel chooses to walk the red carpet wearing. At both the Golden Globes and Critics' Choice Awards, Jessica opted to let her grey roots show, forgoing a colour touch-up. We cheered for that badass beauty moment, but we were also stoked when hairstylist Adir Abergel posted a picture that shows Jessica has bronde hair now.

This new light shade comes courtesy of colourist Tracey Cunningham. Before this switch-up, Jessica had been sporting chestnut-coloured strands. Now, this hue blurs the line between brunette and blond so well that we truly can't tell the difference. While this isn't a radical colour trend (bronde's been kicking for about a year and a half), it's different from the OG version, which has previously only been achieved through the use of highlights.

This time around, there is a slight dark-to-light ombré effect driving Jessica's colour, which gives it a nice natural, lived-in look. Back in January, celebrity colourist Rita Hazan told POPSUGAR that if you want a similar style, you should ask your colourist for shades such as "honey, toffee, or sun-kissed," since those hues walk the line between brunette and blonde.

Perhaps best of all for anyone who likes to extend the time in between their touch-ups as long as possible is that bronde is about as low-maintenance as you can get. Hazan told us that because the look is darker on the top than it is on the ends, the contrast "gives the look a natural depth." That means you don't have to worry about contrasting roots growing in super quickly.

It also doesn't hurt that you can practically feel warm sun on your skin after looking at this summery style. In the midst of Winter, if you need to think warm thoughts, then bronde delivers.