With 64,000 followers and some viral makeup looks padding her CV (remember bauble brows?), Instagram makeup artist Bronya Humphreys is at the top of her game. But the blogger, who's well-known for her intricate eye shadow looks, is taking off her makeup to spread awareness for an important reason.

Humphreys has eczema, and, as she told Yahoo, her chronic skin condition got worse after the birth of her first child. But rather than cover up, Humphreys decided to post about her eczema. In a series of emotional photos, Humphreys showed side-by-side images of her face before and after makeup, highlighting her condition.

In the caption of one post (above), Humphreys wrote, "I have had so many hateful comments recently regarding how I look. When I wear makeup they say I'm fake. When I don't I'm a gross zombie. And can I just say, I am not my skin condition."

As Humphreys told Yahoo, she has accepted her eczema as a part of herself, and urges others to do the same. "I used to really hate it and was very self-conscious," she said. "But now I have embraced it, as I can't help it." And even though she thrives posting makeup looks online, sometimes her skin condition prevents her from doing so. "When my eczema is bad on my face, I avoid makeup completely," she admitted. However, she will put moisturiser on her skin to keep it from getting dry.

Humphreys's promotion of self-love hasn't gone unnoticed by fans. Many people have left comments on her posts, writing about how they feel inspired by her message. As a fellow eczema sufferer wrote, "It is so beautiful to see someone who struggles with the same skin condition I do push through the pain and frustration and feeling out of control and turn it into something this beautiful."

Whether Humphreys — or anyone else with eczema for that matter — decides to wear makeup or not, it's absolutely their own prerogative. Regardless, self-love and acceptance is always a gorgeous beauty look!

Shoppable
This £18, Beginner-Friendly, Self-Tanning Butter at Sephora Gave Me a Beautiful Glow
by Jessica Harrington 16 hours ago 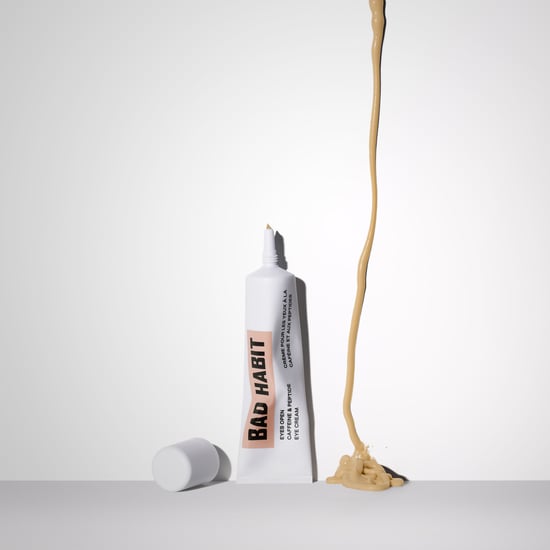