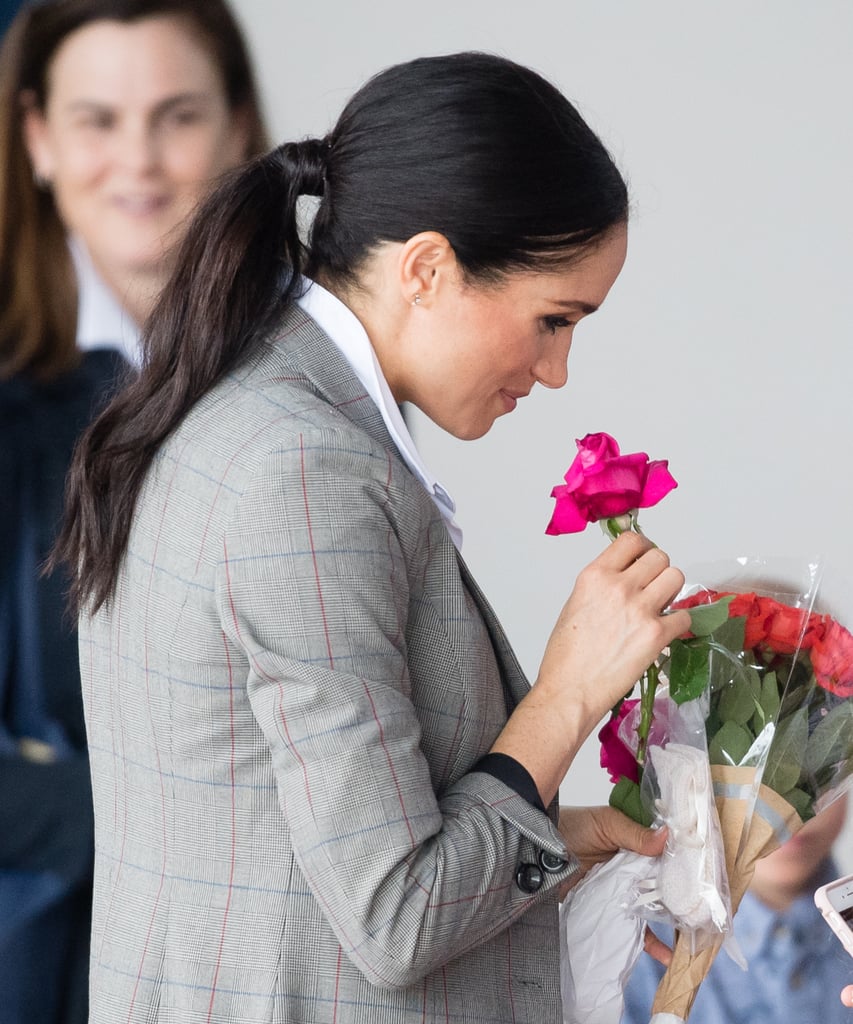 Meghan Markle's showing off a whole spectrum of looks while on her 16-day royal tour of the South Pacific with Prince Harry. All eyes have been on the couple since their exciting pregnancy announcement, and Meghan's given fans even more to talk about with her fashion picks and beauty looks during the trip.

The Duchess of Sussex is typically known for wearing her hair in a sophisticated bun (she even wore one on her wedding day!), but during the royals' stop in Dubbo, Australia, she decided to shake things up and opted for a polished ponytail instead. Since becoming duchess, Meghan has rarely worn her hair in this style. Instead, she'll choose a bun or take a note from sister-in-law Kate's book and wear it blown out.

This rare ponytail pick may be a step in a new beauty direction for Meghan. After all, she recently made another sleek styling choice and straightened her hair for the first time as a royal. Ahead, see more snaps of her slicked-back royal outing updo. What beauty surprise does she have in store next?