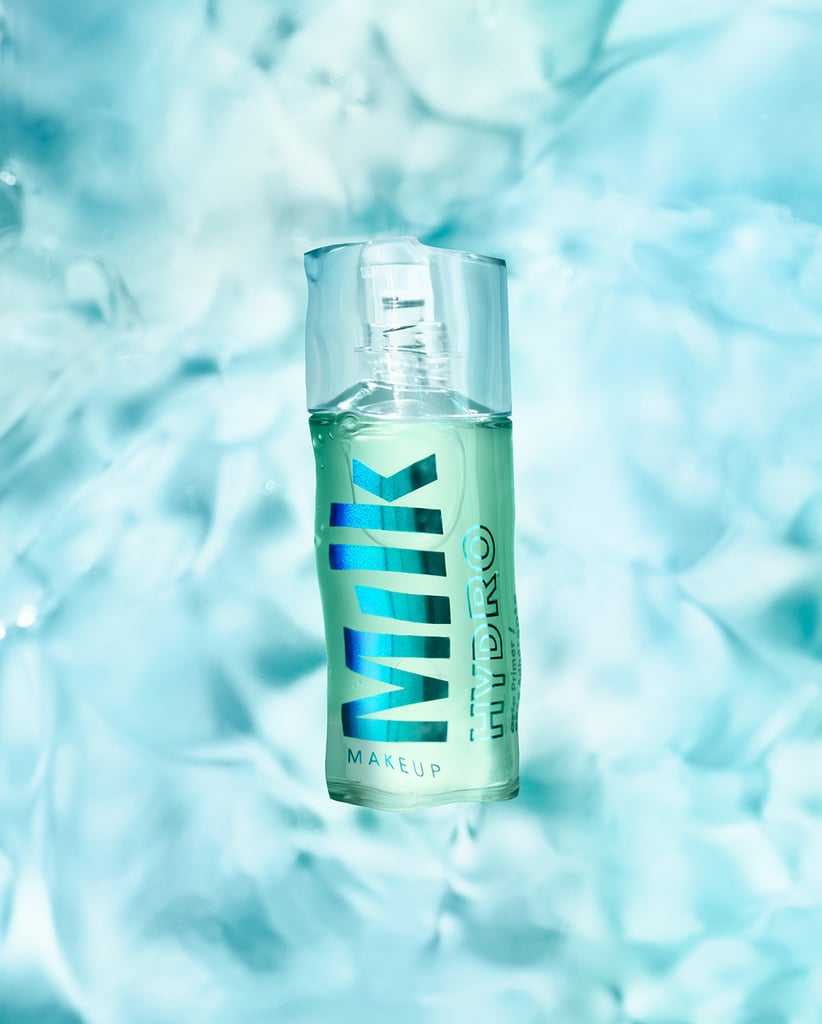 The fact that it's cannabis-infused actually isn't the most exciting aspect of the Milk Makeup Hydrogrip Primer (£27). (You have the wave of new CBD and hemp products that recently hit beauty shelves to thank for that). It was its impact on my dry skin being major (with a capital "M").

But let's start from the beginning: Pushing down on the primer's pump dispensed a small amount of a green-tinted, semi-translucent gel. In case you were wondering, the way you might have with the Kush Lip Balm, the green hue quickly turns clear as it slipped across my skin. It felt like a very emollient moisturiser sitting on my cheeks, as my dry patches and irritated areas slowly drank it up. Despite its initially slippery texture, the layer of gel I had on my face latched onto my foundation, making it buff into my complexion seamlessly with little to no streaking. After applying my powder contour, eyebrows, and blush, I didn't feel as though I needed to set it.

With the many primers I've been testing, I've been floored at how brands have successfully married skin care with the category, and this one is no exception. "The niacinamide and cannabis sativa extract (a.k.a. hemp extract) will decrease inflammation and redness," said dermatologist Kavita Mariwalla, M.D., though she notes that those with red skin shouldn't expect this primer to solve all their problems. It also includes skin hydrating ingredients like prunus avium and sodium hyaluronate.

See the moisturising primer — the one I plan to use to the very last drop — ahead.