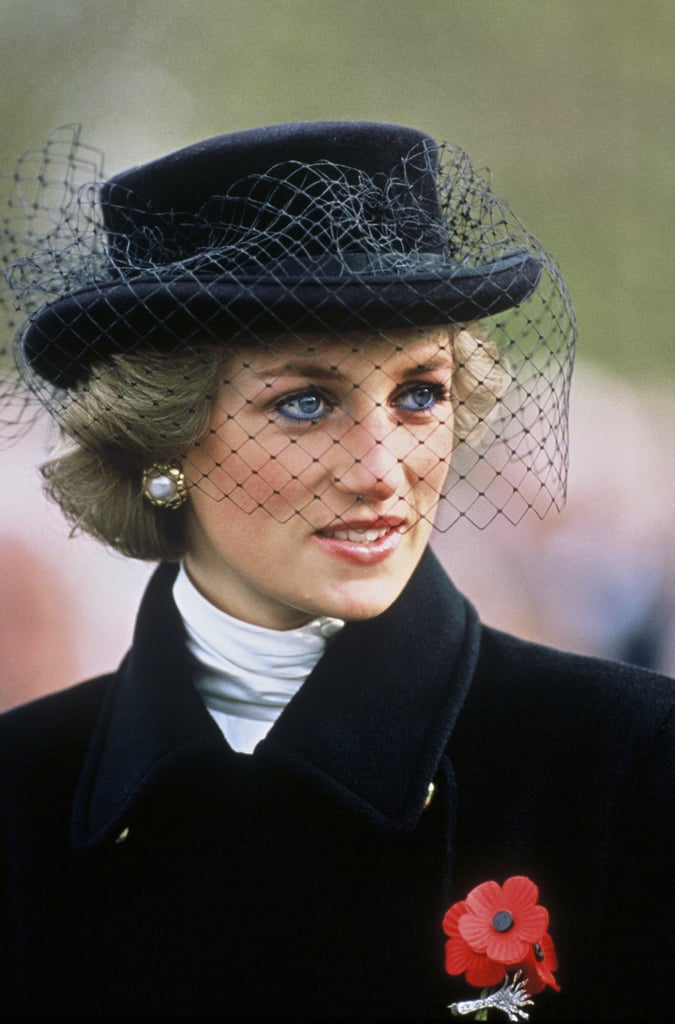 Did You Ever Notice That Princess Diana Was Obsessed With Blue Eyeliner?

Princess Diana was one of the most photographed women in the world, but there's one detail you may not have noticed: she loved to wear blue eyeliner. Like, bright, vibrant, Yves Klein-blue eyeliner. It was her signature look and certainly very of-the-moment in the '80s. Her makeup artist Mary Greenwell, however, was not quite on board.

Greenwell admitted in an interview years later that she was the one who weaned Diana off the coloured liner in favour of a softer look. "I think beiges and browns are just so much prettier. Simple as that," Greenwell told Yahoo Beauty back in 2017, going on to explain that, even though the mutually decided to leave the blue eyeliner behind, they still had fun playing up Diana's eyes. "She loved to exaggerate her gorgeous eyes and wear loads of mascara," Greenwell continued. "She loved makeup and loved experimenting ... it wasn't to the point of going from green eye shadow to blue eye shadow, but just experimenting with ways to bring her eyes out more. It was just much more about really getting her to look absolutely beautiful all the time."

In a more recent interview with American Vogue Greenwell, clarified that it wasn't that she didn't like the blue liner, it was more about curating a more sophisticated look for big events, a time when royal traditions and protocol was more strictly adhered to. "In the '80s, a lot of people were wearing blue eyeliner, and she was so young! She could get away with doing whatever she wanted," Greenwell said. "She was experimental and absolutely loved makeup, but when she went out on the red carpet, we just tried to make her as glamorous and gorgeous as possible for the time."

Whilst we totally understand the shift to a more neutral look over time — as well as the royal family's strict adherence to dress codes at the time — we have to admit that we wish Princess Diana had continued her love affair with blue eyeliner. The bold colour was such a fun beauty trademark, especially when you consider that being British royalty typically means being more conservative with personal style.

At least we have photo evidence of her bold taste! Keep reading to look back at 15 times Diana stepped out in the blue eyeliner — it might make you want to ditch classic black for good.