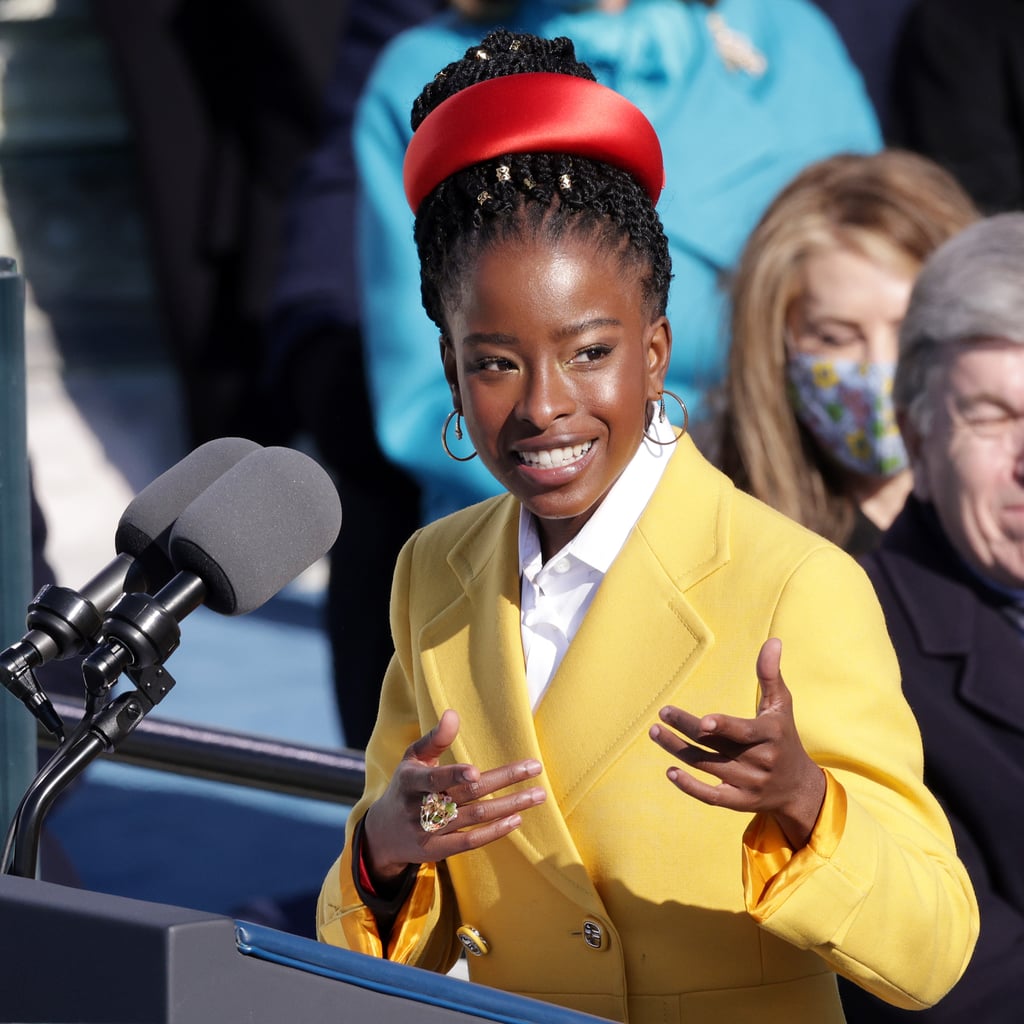 Amanda Gorman just became the youngest inaugural poet in U.S. history as she took the stage to perform at the inauguration of President Joe Biden and Vice President Kamala Harris on Jan. 20. As viewers listened in on the 22-year-old's speech and lauded her words on unity and peace, people also started to point out another significant detail about her presence at the ceremony: her braids.

When Gorman performed, she wore her hair in crochet braids that she pulled up into a high bun and adorned with gold hair jewellery and a bright red headband, something that, as journalist Mara Gay pointed out on Twitter, hasn't yet been seen on the inaugural stage.

As history has shown, Black women in politics are often scrutinized for the ways they choose to wear their hair, specifically when said hairstyles involve braids and/or twists. US representative Ayanna Pressley once spoke about being discouraged from wearing her hair in Senegalese twists while pursuing her career in politics, and when Malia Obama wore her hair in twists at the age of 11 in 2009, she was attacked for not straightening her hair before stepping out in public. While Gorman herself isn't a politician or the daughter of one, it's still refreshing to see a Black woman attend such an illustrious event proudly wearing her hair in a style that's been unique to Black women for ages.

We still have a long way to go when it comes to affording Black women in politics the freedoms to wear their hair how they choose, but Gorman's moment at the inauguration and the reception it's received online is a step in the right direction. Read ahead to hear Amanda Gorman's speech and to see more photos of the braids she wore to the inauguration.

Rare Beauty
Rare Beauty Is Finally Coming to the UK — Here's Our Wish List (Yes, Including the Blush)
by Tori Crowther 15 hours ago