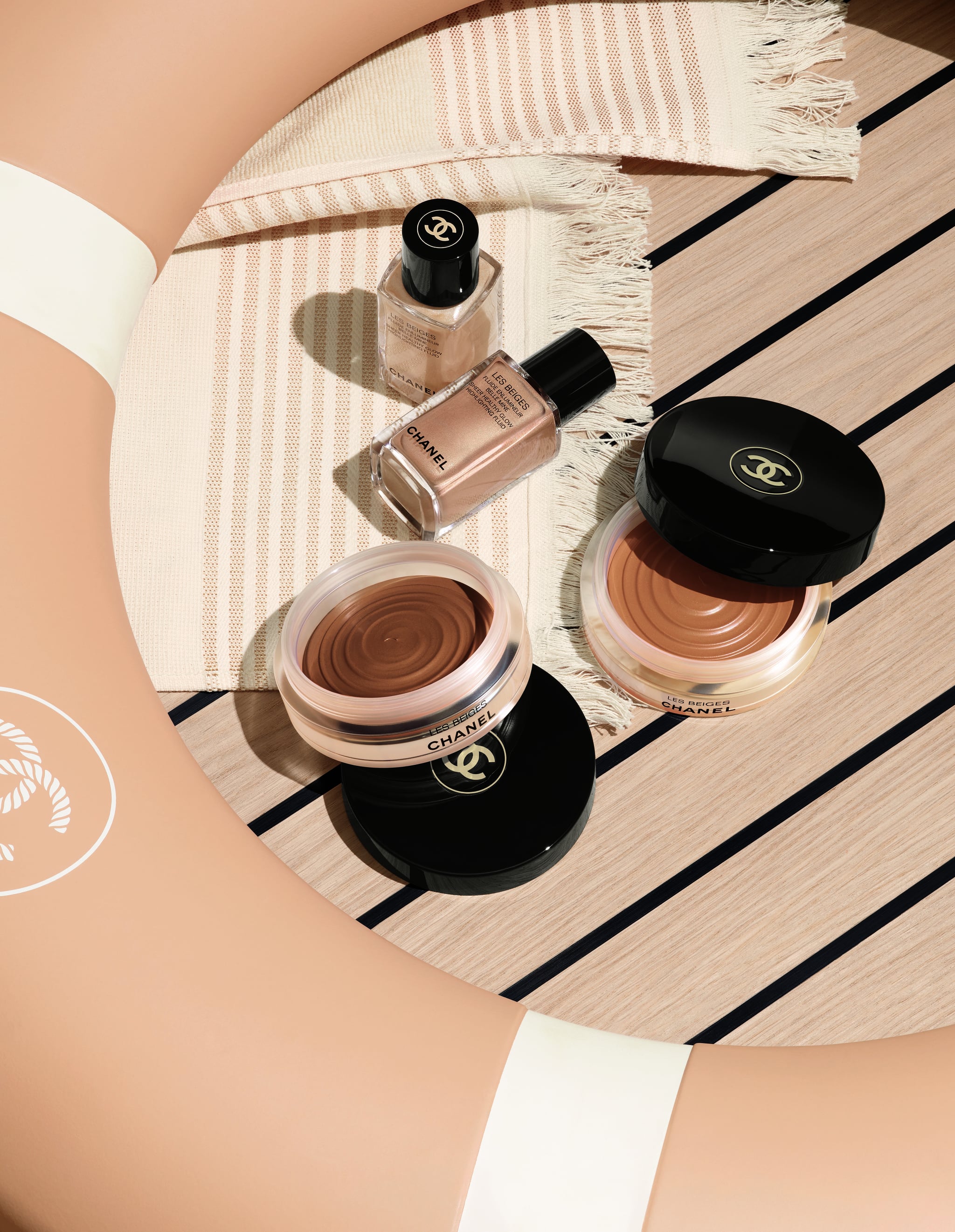 Ask any professional makeup artist about Chanel's Les Beiges cream bronzer, and they'd tell you it's a practically perfect makeup product ... except for one major caveat. It's only ever been available in one tawny shade that's suitable for people with fair to medium complexions — a disappointing fact that led many makeup artists to hesitate on recommending it when we'd speak with them. That is, until now. After years of formulating in the lab, the brand finally created a darker shade of what was initially called the "The Bronzing Makeup Base" when it launched over a decade ago. The name and formula of the iconic product got an upgrade in the summer of 2020; and exactly a year later, the new shade, Chanel's Les Beiges Healthy Glow Bronzing Cream in Deep Bronze (£43), hits beauty shelves.

What's always attracted makeup artists to the Bronzing Cream formula is just how natural it looks on the skin. "Bronzer has always been a product people loved or loathed, and to me, it's for a few reasons," London-based makeup artist Kay Montano told POPSUGAR. (She is also a Chanel beauty ambassador.) "The application we often see is heavy-handed, and is often too far away from someone's natural skin tone. Many of the products themselves have not moved on from the old '80s terracotta shades, which are too dense for an even application. So it's hardly surprising that many people steer clear."

Chanel's Les Beiges Healthy Glow Bronzing Cream, on the other hand, has always been "an entirely different consistency, and there simply isn't another bronzer like it", Montano explained. "It is creamy without being oily, so it's long-lasting, it is not a powder, so it doesn't give that overly matte, dry look to the skin, and it is sheer, which ensures that an even application can be achieved without being a pro. The distinctive formula is far more subtle, which makes it easier to blend. You can build it up gradually, so you won't make mistakes."

Montano describes the new darker hue as a deep-bronze shade that contains a very subtle amount of shimmer to give skin a healthy-looking glow. And when asked which skin tones it is suitable for, Montano replied that "it works best for light-deep to deep skin tones; for light-medium to dark-medium skin tones, I would recommend Soleil Tan Bronze". 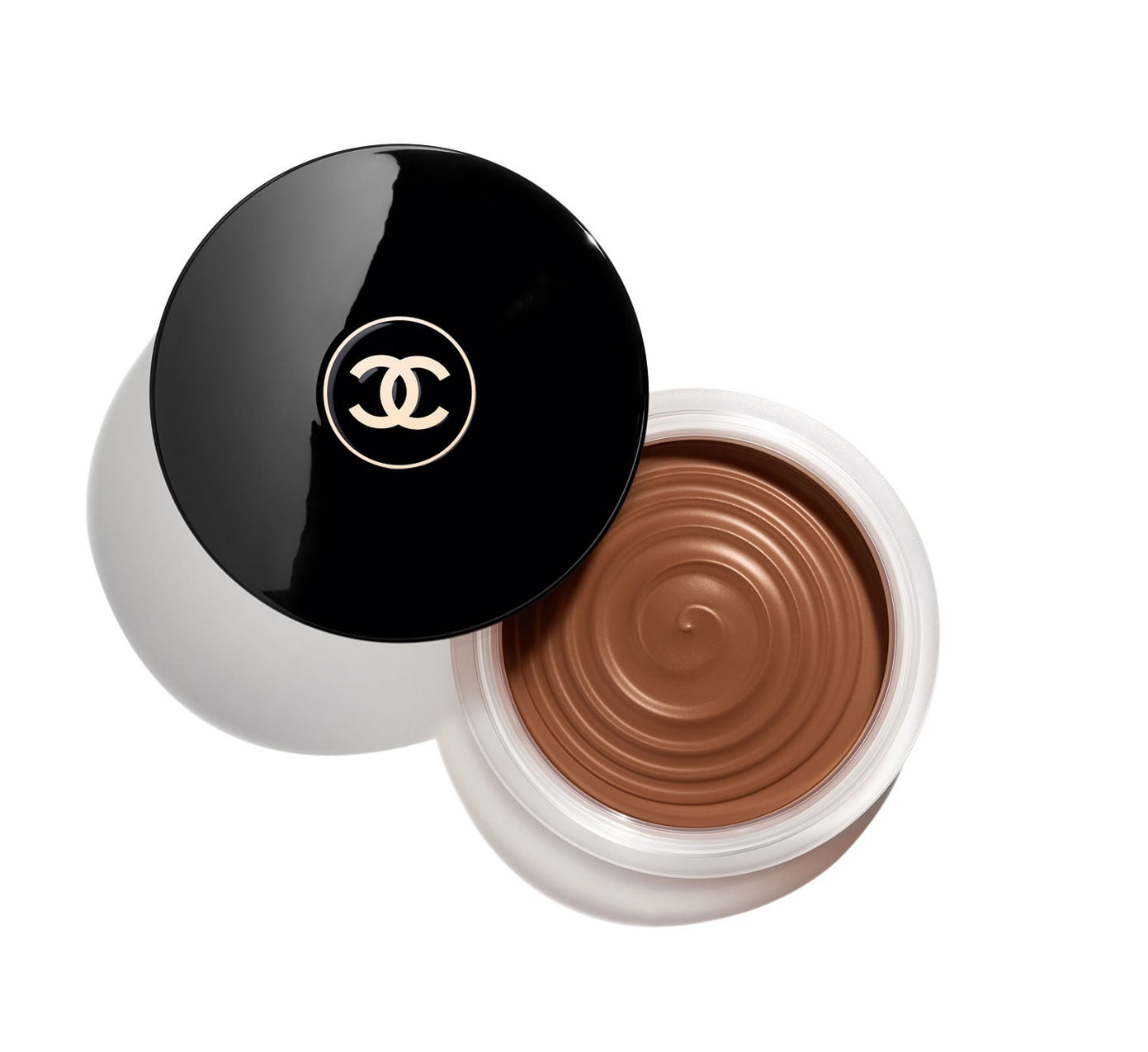 Regardless of what shade you use, when it comes to applying the Healthy Glow Bronzing Cream, Montano suggests that you start by prepping your skin first with an under-eye concealer, and skin concealer on any blemishes you may have with a small brush in a 'dot-to-dot' style. Once that is done, "I like to use a soft, round, large brush, which I swirl around in the bronzer (this is why the packaging is so genius) and apply in a downward motion, from slightly above (mimicking the direction of the sun)," explained Montano. "Brushing straight onto the edges of your face and neck will make the healthy glow of the Bronzing Cream look more natural. Then, add a little more on your temples, above your eyebrows, and over your mid-face and nose — these are the high points of your face, so would normally catch the sunlight."

Montano also likes to use it to subtly contour under the cheekbones and jawline. "And don't forget your eyes and brow bones, it works a treat for bringing out eye colour when doubled-up as a beautiful eyeshadow," she added.

The new, deeper shade has been a long time coming, which Montano chalks up to the brand's high expectations around every product it launches. "When Chanel do something, they want to do it right, and in this case the result is another amazing shade to add to a hopefully ever-growing range." Perhaps next summer we'll have even more Les Beiges shades to rave about.