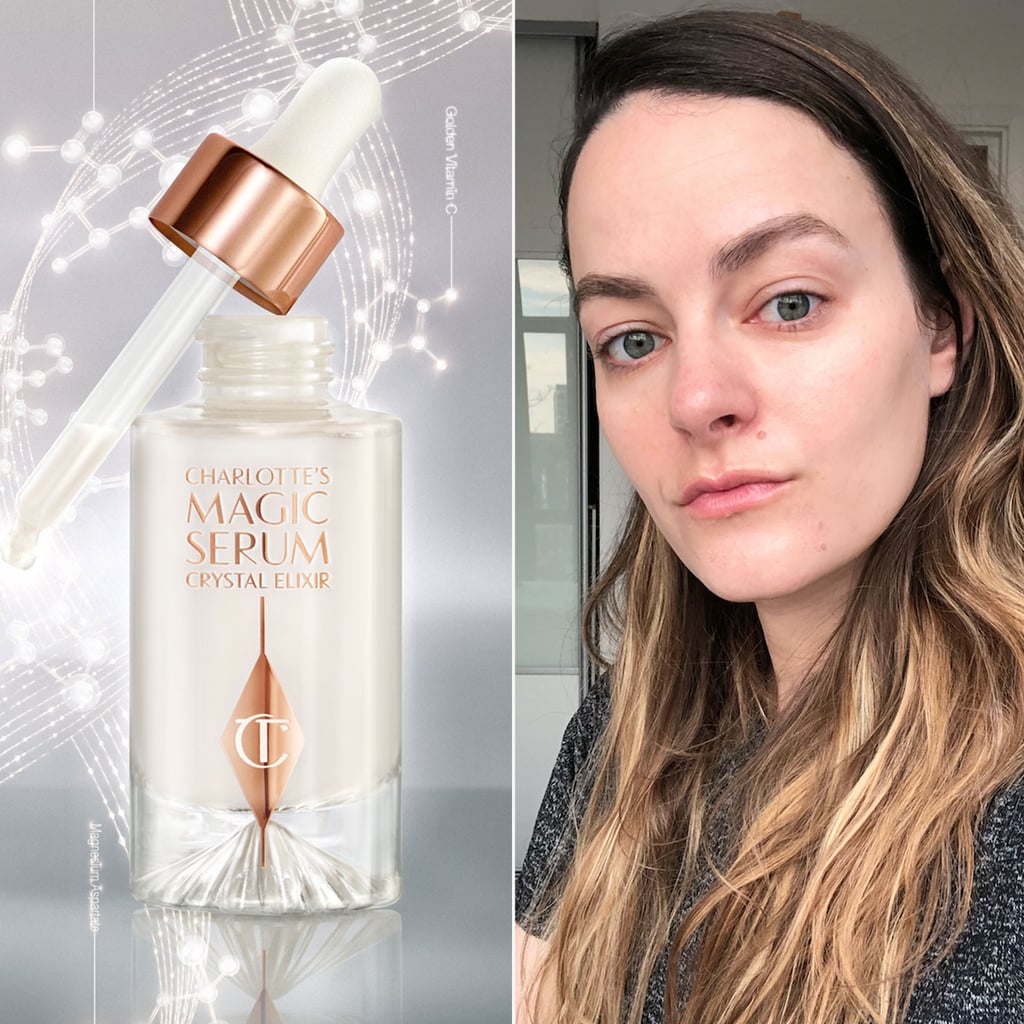 In what might possibly be her biggest launch since the debut of her brand, Charlotte Tilbury launched a serum version of her best-selling Magic Cream in April 2020, called the Charlotte Tilbury Magic Serum Crystal Elixir. The ingredient-packed serum promises to sit nicely under makeup, impart an immediate plumpness and radiance to your skin, and, over time, brighten, smooth, and firm. And not only did we get a sneak preview of the product, but we also chatted with Tilbury and her team (via a Zoom conference call prior to the launch) to get all the details.

Tilbury's Magic Cream was a must have even before the makeup artist launched her own brand back in 2013. The beauty legend goes something like this: Tilbury whipped up the glow-enhancing hydrator at home, using it on photoshoots and backstage at Fashion Week to transform the models' and celebrities' tired-looking skin. Then, after years of handing out samples in unmarked jars to her high-profile clients, she finally launched the cream — and her entire beauty brand — at Selfridge's, where fans queued around the block to get their hands on it. Nine years later, a jar or Magic Cream sells every two minutes, and it's the number two best-selling face cream in the UK.

"Like the cream, I also wanted a serum that addressed all of our skin issues in one gorgeous formula — something that gave you your best skin of your life."

The new Magic Serum Crystal Elixir is seen as a complementary product to the cream, producing the same immediate skin-plumping and glow-enhancing effects. "Like the cream, I also wanted a serum that addressed all of our skin issues in one gorgeous formula — something that gave you your best skin of your life," she added. "I also wanted even the most sensitive skin types to be able to use it." The difference is that the serum promises long-term benefits. Tilbury likens the formula — which contains a laundry list of hard-working ingredients — to a personal trainer for your skin cells. "It whips them into shape," she said. "It's like Joe Wicks in a bottle." But Magic Cream may have started off as an at-home DIY, this new serum is the result of two years of research and ingredient sourcing.

The ingredients are a mix of old reliables, like niacinimide and vitamin C, which help brighten, soothe inflammation, boost collage production, and reduce the appearance of pores. And while vitamin C can be highly unstable and fairly irritating, in this formula, the ingredient is bound to gold microparticles to address both of those issues. "The gold helps stabilise the vitamin C for the entire lifecycle and makes it penetrate into the dermis much quicker and more efficiently," said Jonathan Reynolds, head of regulatory and technical development for Charlotte Tilbury "Because of this, we can use a much lower level of this ingredient versus traditional vitamin C products, because it penetrates 100 percent, which ultimately means less irritation." You'll also find superfruit and plant adaptogen extracts (the latter of which are from plants that grow in stressful conditioners like the desert or high in the mountains), and the brand's proprietary Replexium complex — a blend of two different patented peptides that triggers collagen production in the epidermis, the dermis, and the epidermal junction to help leave skin feeling firmer and fine lines looking finer.

It also contains an exciting newcomer, polyglutamic acid, which is a humectant derived from soybeans that the brand promises has four times the hydrating power of hyaluronic acid. "Because it has large molecules, it forms this layer of protection that feels soft and silky on your skin, and that locks in moisture for the entire day," said Reynolds. London-based dermatologist Dr. Anjali Mahto, who was also on the call, sang the praises of this ingredient as well. "The polyglutamic acid itself is good a moisturising both short term and long term, but it also boosts the production of the hyaluronic and natural moisturising factors in your skin, so you are not only adding moisture to the skin, but you're promoting other pathways in the skin as well that will lead to further moisturisation."

I've only had a day to try the serum, not long enough to share my thoughts on any of it's long-term benefits, but it's claims of giving your skin an instant surge of moisture, leaving it plump and glowy, is definitely true. My dry skin drank up the serum immediately, and sat nicely underneath my concealer, which is about all I can muster to put on while in self isolation.

The Magic Serum Crystal Elixir has garnered the same sort of celebrity fanbase as the original. "Salma Hayek, Kate Moss, Amber Valletta — they've all asked me what work I had done because my skin looked so good now that I'm using this," Tilbury said. "And for someone who behaves quite naughtily at times, this serum reduced my pores on a level I had never seen." And with all the wine and carbs I'm consuming whilst stuck at home, Tilbury's little bit of magic couldn't have come a minute too soon. 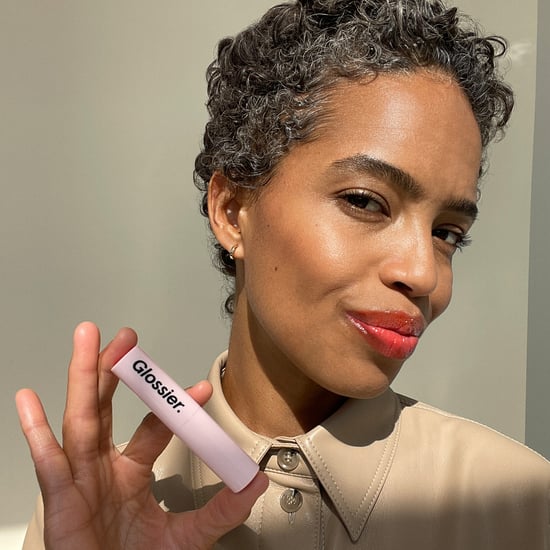