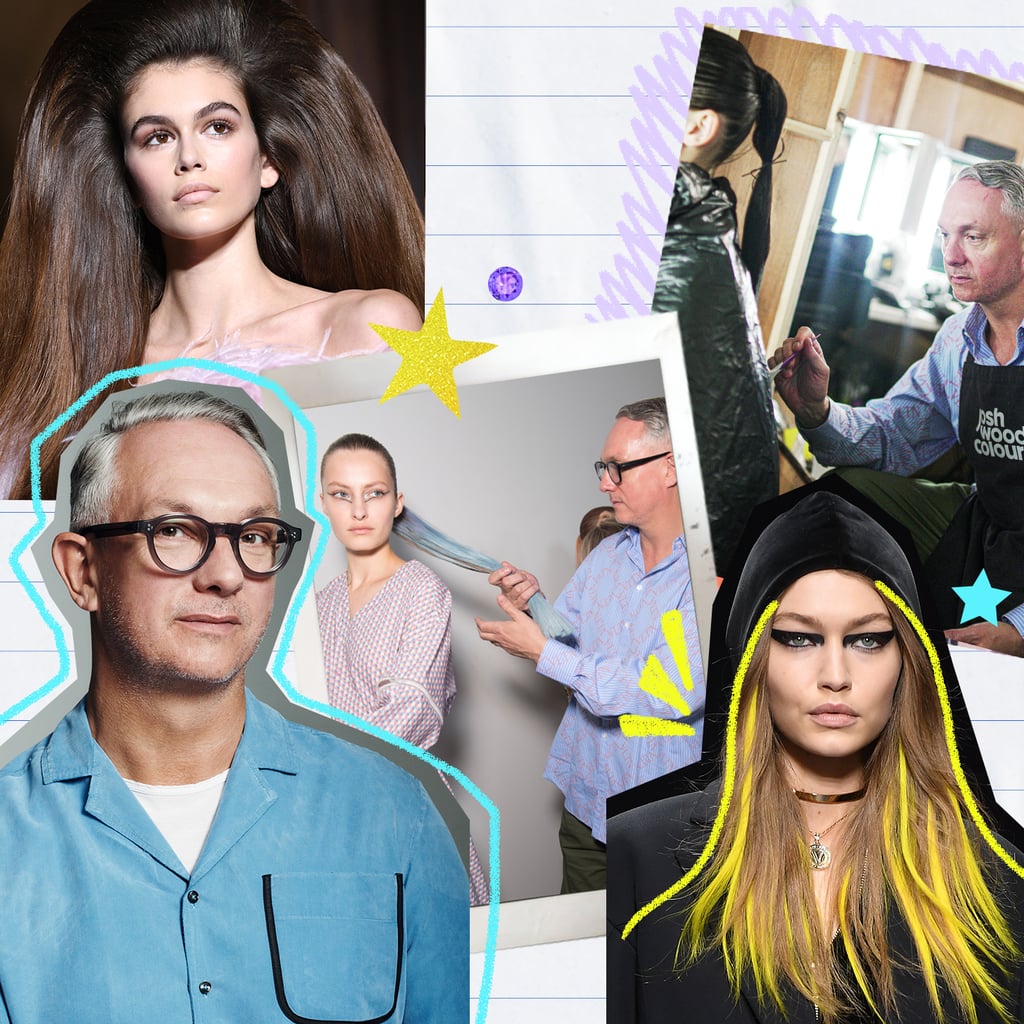 Welcome to Big Break, where some of the most influential figures in the beauty industry reflect on the moments that made them — from the good to the bad and everything in between. Here, colourist and founder of his eponymous brand Josh Wood shares what propelled him to pursue a career in hair, his view on being called a celebrity hairstylist, and his lightbulb moment during the pandemic.

Before there was David Bowie's Earthlings album or his incredibly successful product line, and way before the countless high-fashion runways, hair colourist Josh Wood had no idea he wanted to work in the hair industry. In fact, he got his start by mistake, which all began with a Saturday job.

Growing up in Barnsley, Yorkshire, Wood didn't know what he wanted to do when he left school. He attended an art foundation course, and two or three months into his course, a friend of his got him a Saturday job sweeping hair in a salon. "After about a month of working in that salon, I thought 'this is my place,'" Wood told POPSUGAR. So he ditched the art course, a decision his mother wasn't very happy about. "Actually, she was really pissed off with me," Wood recalled. "Going into hair wasn't intentional; I knew I wanted to go into something creative, but hair had never been an option — there was no big plan."

Wood's Saturday job later allowed him to complete a hair Youth Training Scheme for a year, and once the course was finished, the salon sat him down and said: "We're not going to keep you on to be a permanent employee because we don't think hairdressing is for you." That wasn't the give-up moment for Wood by any means, though. In fact, it propelled him to continue. "It knocked my confidence obviously, but I thought 'yeah, you can do one' and knew I needed to scale up from this tiny town," he said. "It was almost an escape route from the kind of upbringing in a small town to get to a bigger, more diverse, and more accepting working environment."

"I've worked very, very quietly, diligently, and hard in the fashion world for a long period of time."

From there, Wood worked at Vidal Sassoon salon in Leeds, continuing to learn and perfect his craft. As soon as he completed his qualifications, he made the move to London where, years later, he opened his first salon in 1999.

Aside from his successful salon career, Wood has also become backstage beauty mainstay during London, Milan, and Paris fashion weeks — and his big break into that world was also by accident. He started assisting a session stylist in the early '90s who wanted to push the boundaries of catwalk looks, including colour. "I've worked very, very quietly, diligently, and hard in the fashion world for a long period of time, assisting all of the amazing hairstylists. But back then, you just didn't do hair colour at [fashion] shows. At the time, Wood wanted the same opportunities as his coworkers who cut hair. "I didn't think it was fair that backstage work wasn't available to colourists," he explained.

So, he worked on colouring individual models backstage, which later progressed into working at couture shows where "the creativity required was more demanding". One of his first big breakthroughs, though, was creating and executing the colour for Prada and Marc Jacobs where "hair colour for the show was part of the narrative" rather than an afterthought. "There was a moment, years ago, that I did a Marc Jacobs show, and it was the moment that hair colour really had arrived on the catwalk," Wood recalled. If you've ever been inspired to add bold, brightly coloured streaks to your hair (think: Alexander McQueen autumn/winter 2020), or experiment with pink and blue pastel hues (think: Marc Jacobs spring/summer 2019), that likely came from Wood's innovative experimentation on the catwalk.

"Now, I'm not saying this about myself because it sounds terribly boastful, but I had done that. At that moment, I put a stake firmly in the ground that I was going to work hard and develop my relationships and my creativity to be the person that the fashion world, the catwalk, and the stylists go to to get hair colour," he said.

Wood's work as long-term creative partner with hairstylist Guido Palau also helped propel colour on the catwalk. "Guido was definitely one of the first people to encourage colour on the catwalk, and I'm so grateful for his vision and support. I've had amazing opportunities to work with some of the best talent in the world," Wood reflected. 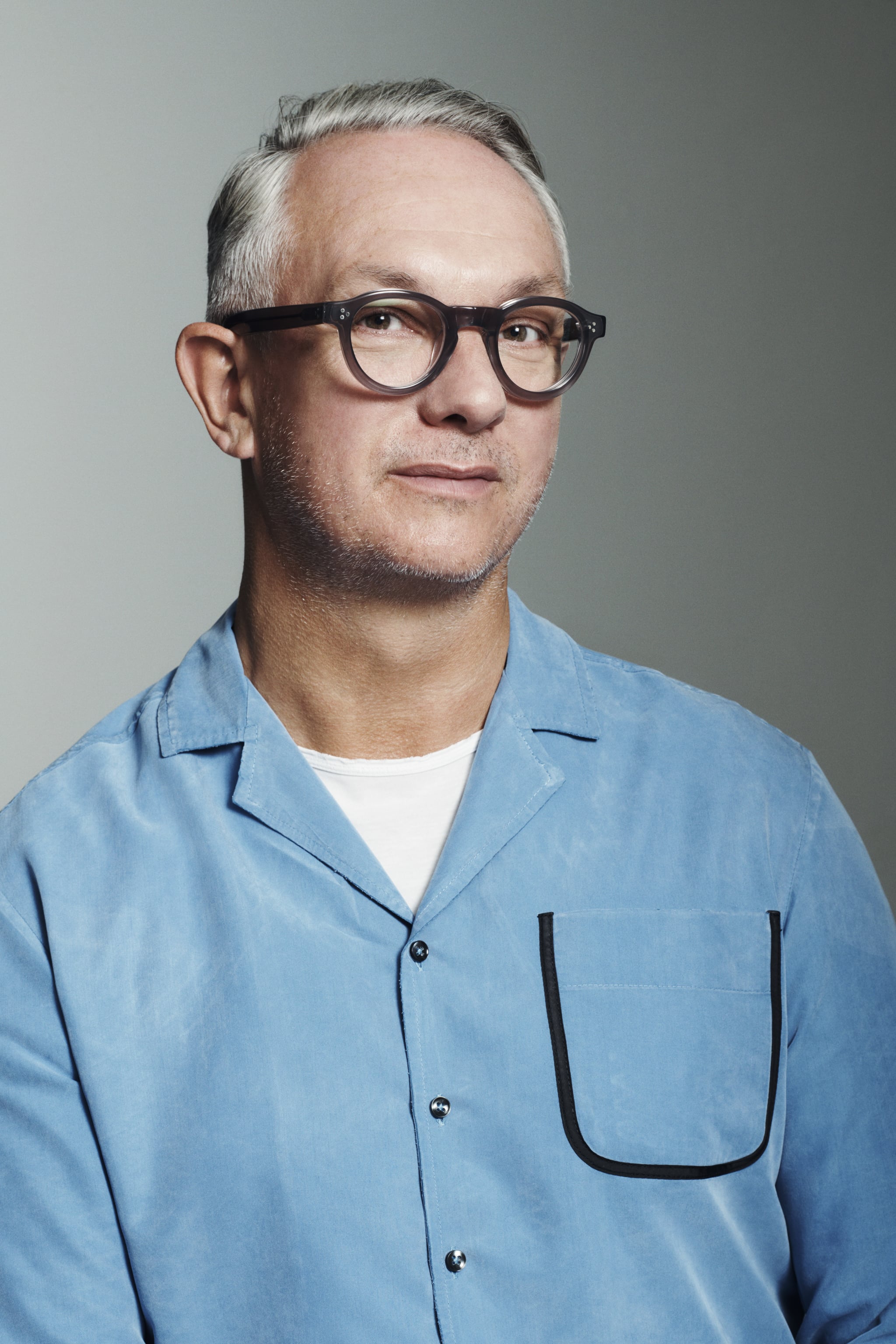 Aside from making a huge impact at fashion shows across the world, Wood has made a name for himself in the celebrity space, too. Although Wood has worked with countless high-profile celebrities, he doesn't consider himself, or refer to himself as, a celebrity hairstylist. "I'm less connected and invested in celebrity than I am about working with creative people," he said. "I am impressed by what people do, and recording artists or actresses. But I'm not going to treat them any differently than I would do Mrs. Smith, whose hair I've done for 25 years — I'm never swayed with that."

For Wood, working with Bowie was a "sugar rush of creativity."

He does remember the first time he worked with a celebrity though. In the early to mid '90s, when he was living in central London and working at Sassoon, a friend of his said "my next door neighbour has messed her hair up, she's done it herself and really needs some help." Turns out, that neighbour was Jerry Hall. "It was a big deal. I knew who she was obviously, but I just got on with her like a house on fire, and we developed a friendship." Not to mention, it helped Wood cement himself as the go-to colourist for that perfect golden blond hue.

Pinch-me moments for Wood? There have been many. "It's a wonder I've not got permanent bruising from pinching," he laughed. One of those moments we're certain is his work with David Bowie. The two creatives worked together for a long period of time and became good friends. Wood wasn't just responsible for Bowie's iconic red hue either; he worked with the singer for many years on many magical hair creations that spanned multiple shades. "I did an album with him in LA, and then he had the idea for Earthlings, and I worked on that and coloured him red again."

For Wood, working with Bowie was a "sugar rush of creativity" that focused far more on the creative relationship than the A-list clientele side of it. "I love working with creative people. The art world, film, music, fashion; but it's a certain kind of studied person I think I appeal to." We asked whether that was his artistic background, and he assured us that it was indeed his Yorkshire background: "I'm a bit more deadpan." 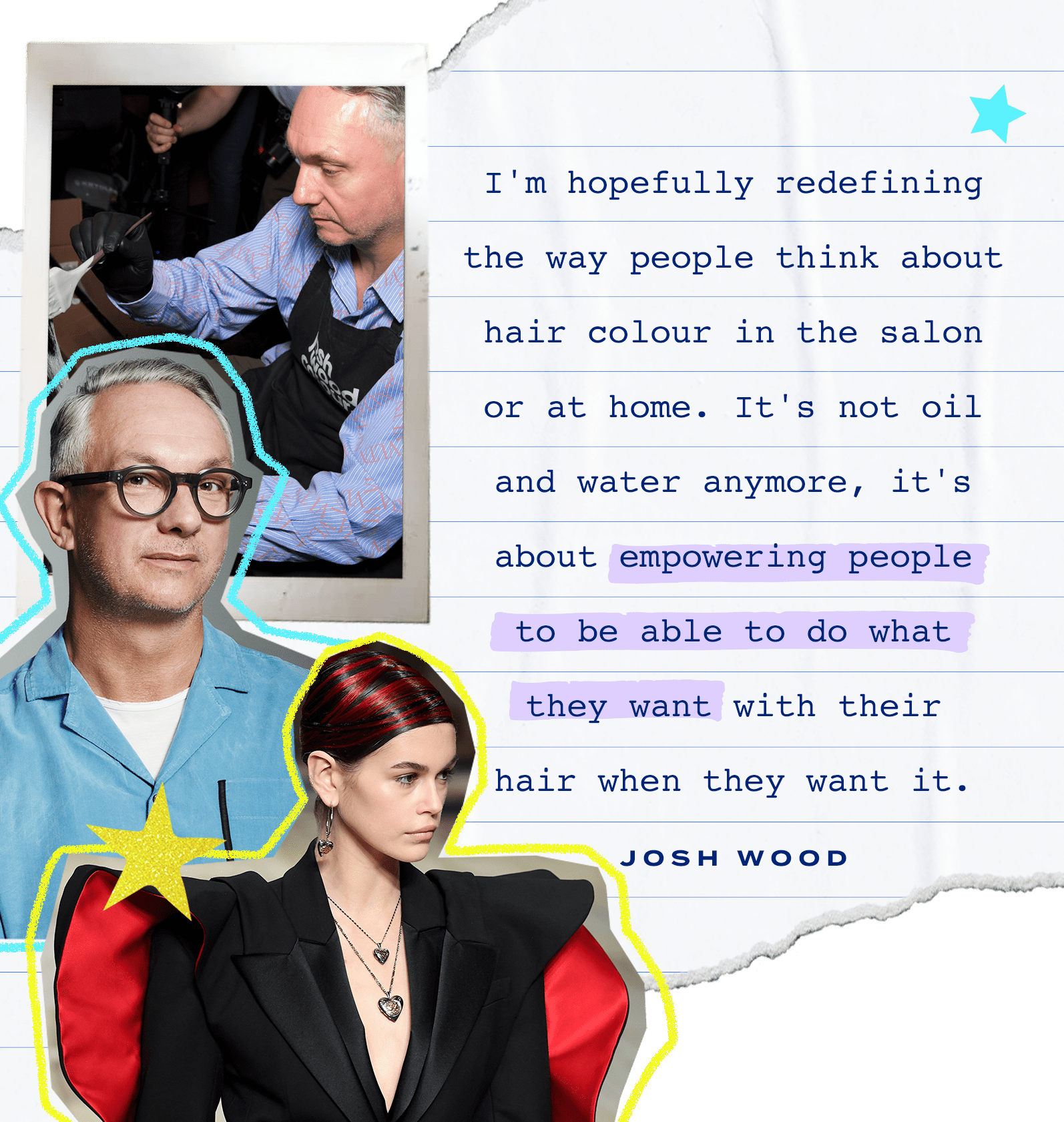 Even after having accomplished so much in the industry, Wood isn't finished yet, and the coronavirus pandemic brought new challenges for him to take on. After starting out in the industry aged 17, Wood — who described himself as a "doer" — had never taken more than three weeks off work. Once COVID-19 hit, he suddenly found himself no longer working as normal with the salon closed. But in those tough moments came huge breakthroughs.

"A really proud moment during this really difficult period was that I've been able to democratise the expertise and knowledge that I've learned in 30 years colouring hair," explained Wood. Thanks to his at-home hair colour brand, he was able to help people find the right colour for them in a time where the "commodity of hair colour was gone", and nobody could get it done at the salon. This was where Wood realised the scale of opportunity with his brand Josh Wood Colour.

Pivoting to focus on digital and video consultations, Wood and his team had direct communications with clients and customers — some of whom had never stepped foot into a salon before. "That was a lightbulb moment." In doing this, what his team learnt is that hair colour really affects people's sense of self and their well-being. "The pandemic has been such a process of self-expression for people and about feeling empowered."

During these consultations, Wood learnt all about some of his at-home hair colour customers. "There were people saying things like: 'I've coloured my hair for 20 years at home. I do it the day before pay day every Thursday once a month, because that's when my husband goes to football' — people who've been married for 20-odd years and the husbands did not know their wives were colouring their hair."

"What I'd love to do is change the barometer between having to be regarded as a celebrity hairdresser or a celebrity colourist, because I'm not.

With Josh Wood Colour, he hopes that the team has been able to offer a very different alternative to the "utility product that's sold en masse at value in the drugstore", he explained. "I'm hopefully redefining the way people think about hair colour in the salon or at home. It's not oil and water anymore; it's about empowering people to be able to do what they want with their hair when they want it."

As for how Wood wants to be remembered in the industry: "What I'd love to do is change the barometer between having to be regarded as a celebrity hairdresser or a celebrity colourist, because I'm not. I work with a lot of celebrities, but I'd really like to change that and be recognised as an expert."

Beauty Shopping
PSA: Then I Met You Just Launched on Cult Beauty
by Tori Crowther 4 days ago