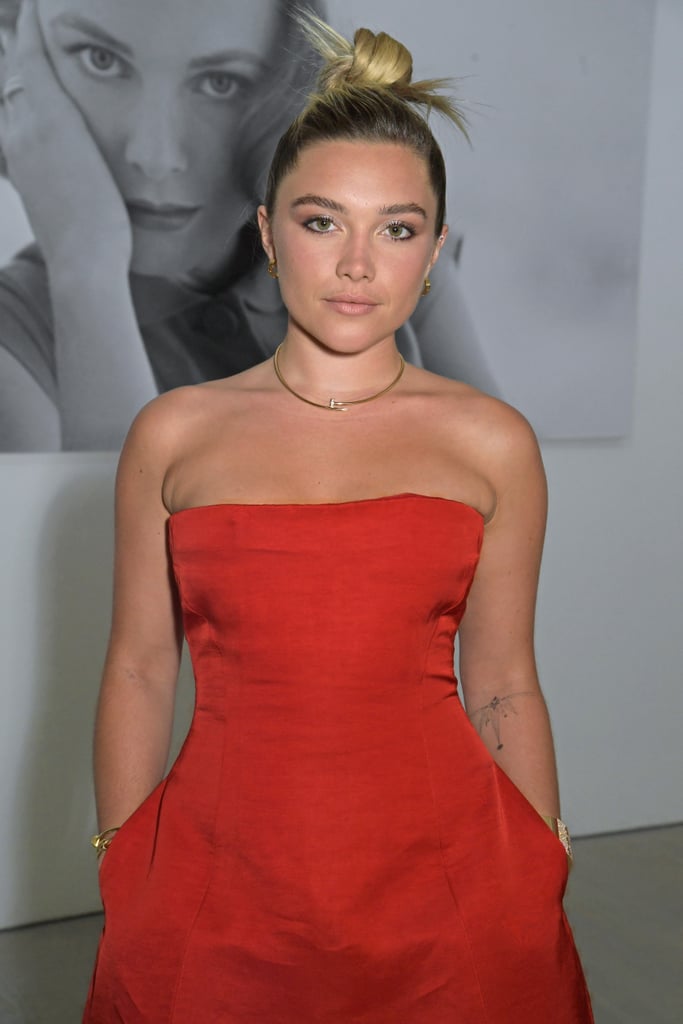 Florence Pugh's tattoo collection is growing, and fast. The actor, who is a consistent source of inspiration for pretty much anything effortlessly cool — be it a bold new hair colour or piercing placement idea — got her first tattoo back in 2019 and hasn't stopped since. In fact, in the course of those two-plus years, Pugh has amassed a total of four known tattoos.

As for her style of choice? She doesn't have one (unlike many celebrities who tend to stick to one aesthetic). Pugh has played around with different tattoo styles from fine line work to more intricate designs and even script, with some of her ink being more hidden than others. From her very first tattoo — which was a snail design that ended up becoming a bee, as one does — to her most recent "match stick" ink, we tracked down each one's special meaning and story. In the process, we ended up uncovering some funny facts about the Midsommar star that only added to the list of reasons to love her.

Keep reading to get a closer look at Pugh's four tattoos — we won't judge you if you zoom all the way in for a better look — and learn what each one means.