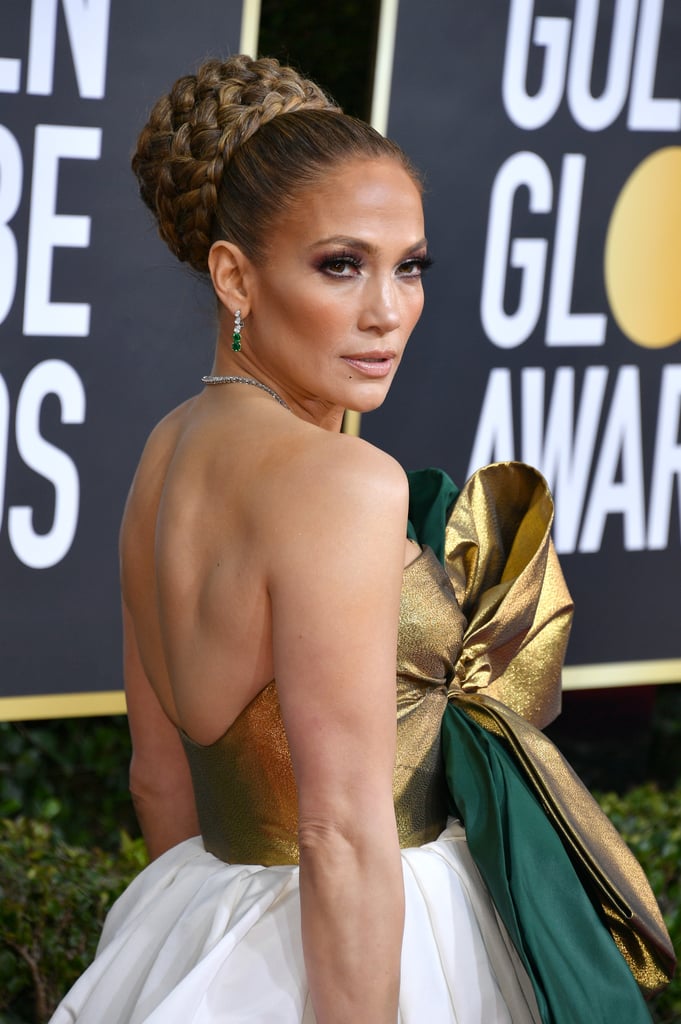 Call me an empath (or liar), but I personally felt the swoosh of wind that trailed Jennifer Lopez's ginormous bow dress as she walked the Golden Globes red carpet. She turned her head, and I sensed a secondhand ponytail headache coming on from her (admittedly epic) braided ballerina bun. Girl went big this year. Respect.

My favourite part of Lopez's entire look, however, was perhaps the easiest to miss: her slightly diffused french manicure, courtesy of her go-to handyman (see what I did there?) and celebrity manicurist Tom Bachik. It's subtle! Unexpected! Everything the big bow and braids are not! Despite the throwback nail look staging a major comeback last year, it also feels very befitting to her Hustlers character Ramona — who is based off real-life dancer Samantha Barbash during the late 2000s — the role of which earned her a Best Supporting Actress nomination.

Like all things J. Lo touches, this french manicure is not like the rest. In fact, diffusing the lines between the white tip and natural nail feels like the modern take on the trend the world deserves — and who better to make it look freaking badass but Jenny from the block?

Hair
What Is Anya Taylor-Joy's Natural Hair Colour? Hint: It's Not Red Like Beth Harmon's
by Jessica Harrington 10 hours ago