You can always count on Nicola Coughlan to experiment with her makeup for a big event, and the BAFTA TV Awards on 6 June were no exception. The Bridgerton actor — who is nominated for Virgin Media's must-see moment award — arrived on the red carpet wearing a custom orange Valentino dress and bold, colourful makeup to match. "The dress was so vibrant and bold, I felt the makeup needed to be as brave and match the vibrancy of her dress in the eye makeup to ensure the orange didn't engulf her," London-based makeup artist Neil Young told POPSUGAR.

"As Nicola would be wearing a mask throughout the Awards [show], the eyes were definitely the right direction," Young said. To do this, he explained "I wanted to elevate the colour of the dress by using its complimentary colour in electric blue." Using the Lancôme Hypnôse Palette in Bleu Hypnôtique (£43.50), Young created cobalt-blue smoky eyes that he also took along her lower lashes for a more dramatic effect. He broke up the blue by dabbing a smidge of silver eyeshadow from the same Lancôme palette onto the inner corners of her eyes, then lots added of mascara.

He topped off the look using Lancôme L'Absolu Gloss Sheer in 222 Beige Muse (£23) to keep all of our attention on the colourful shadow.

As for Coughlan's hair, stylist Halley Brisker kept it simple but beautiful using the BaByliss 9000 Cordless Styler (£200) by creating a middle part and tucking her sleek bob behind her ears.

It wasn't just her makeup that surprised us, either; Coughlan also dropped some spoilers about Bridgerton season two on the red carpet when speaking to Tom Allen, who couldn't contain his excitement for what the new series has in store. 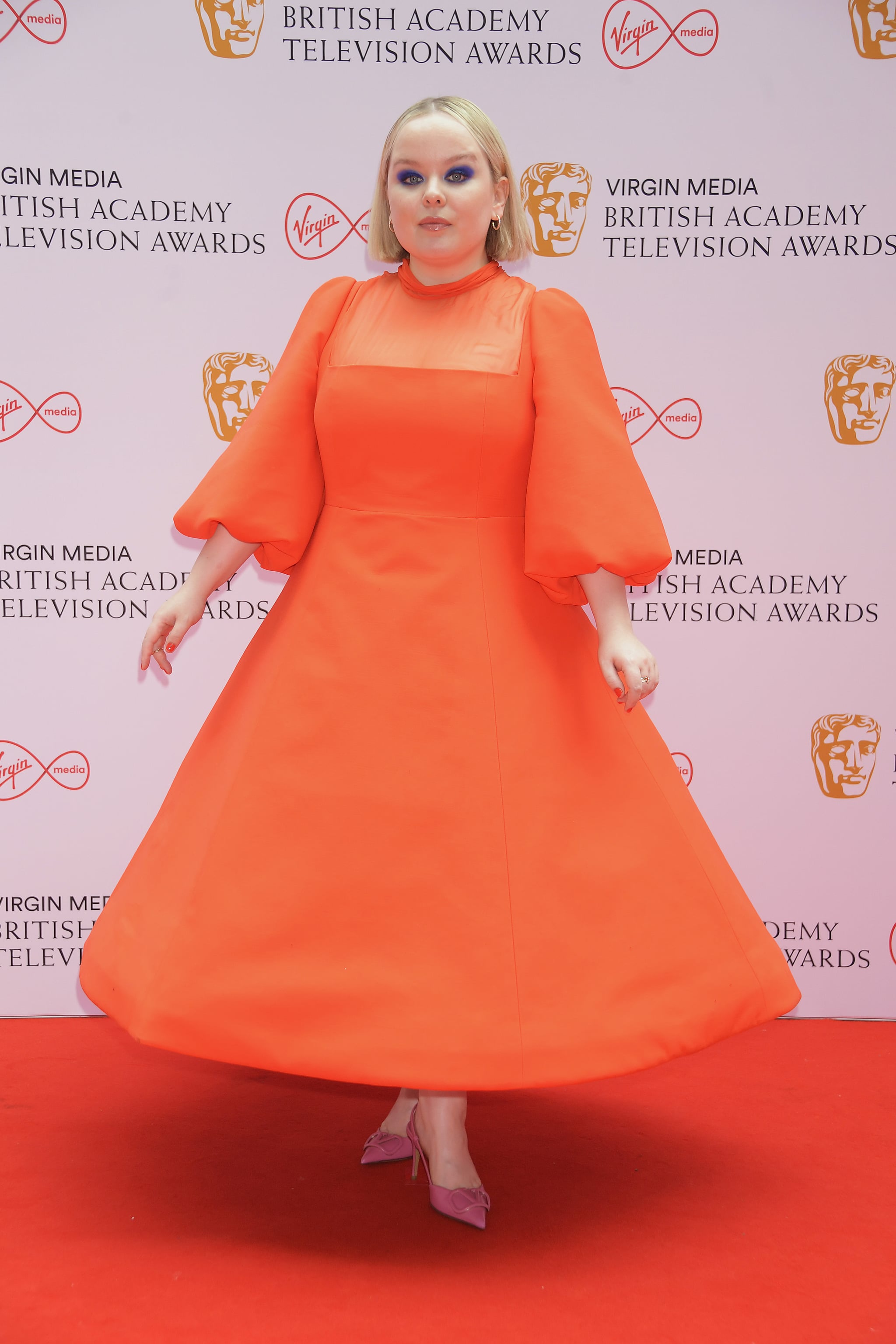 British Celebrities
Stop Right Now: The Spice Girls Are Back With New Music For the First Time in 14 Years
by Navi Ahluwalia 10 hours ago