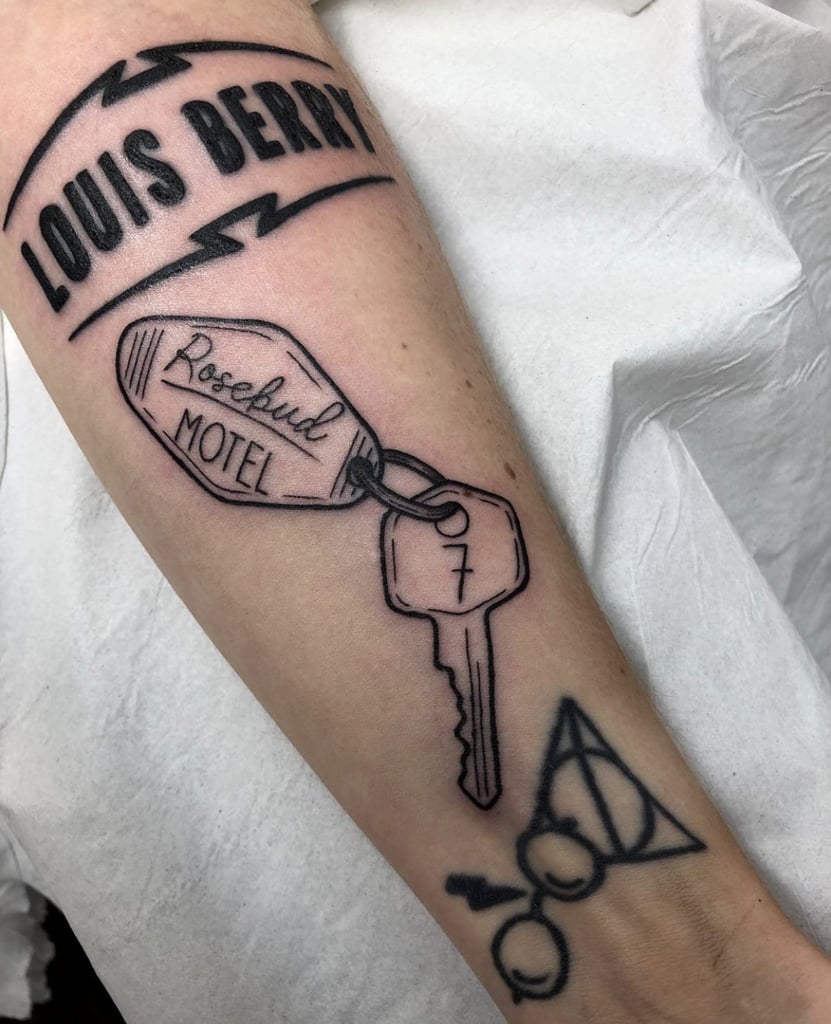 Schitt's Creek Obsessed? Check Out These Tattoos Inspired by the Series

It's safe to say we're totally obsessed with Schitt's Creek — as if the Kardashians or any of the Real Housewives lost all of their money, the once-superrich Rose family one day wake up having lost everything, resorting to living in two adjacent rooms in a small-town motel. Hilarity ensues as video-store magnate Johnny, his soap-opera-star wife, Moira, and their two spoiled children, David and Alexis, try to get accustomed to a totally different life. As they come together to survive, leaving Champagne baths and luxury cars behind them, the show becomes one of the funniest and the most heartwarming series out there. So much so that it's easy to get just a tad obsessed: enough to get a tattoo inspired by Schitt's Creek's laugh-out-loud quotes and unbelievable characters to carry the show with us forever. Swipe through to see our favourite tattoos inspired by the show, from bestie tattoos to ALL the quotes, and maybe get some #schittscreektattoo inspo for yourself!