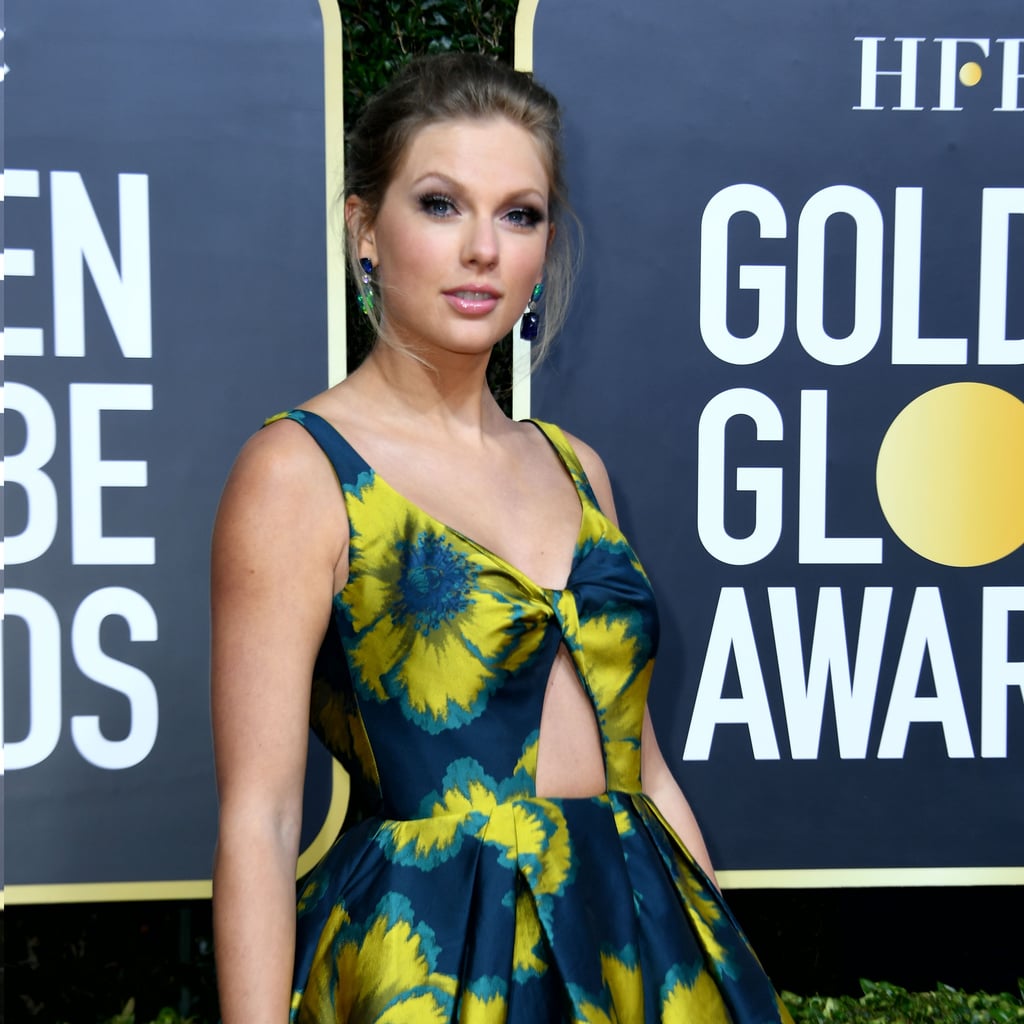 When there is a red carpet Taylor Swift is expected to be on, fans can be sure of one thing: she'll bring her beauty A game. Normally, that includes a red lipstick and her signature eyebrow-grazing bangs. But tonight at the Golden Globes, Swift didn't bring either.

Swift slipped onto the Golden Globes red carpet almost undetected shortly before the show began. That was about the time we noticed that 1) she and boyfriend Joe Alwyn seemingly walked the red carpet individually and 2) she left her signature beauty look at home. Instead, she traded the latter in for a glossy neutral lip and romantic updo that perfectly tucked back her fringe. Considering her usual look, some might even call this one a make-under. Of course, she still looks incredible.

Swift is nominated tonight for her original song "Beautiful Ghosts" from Cats. While some critics and fans are crossing their fingers for Swift to win, we feel as though she kind of already did considering how good this beauty look was on the red carpet.