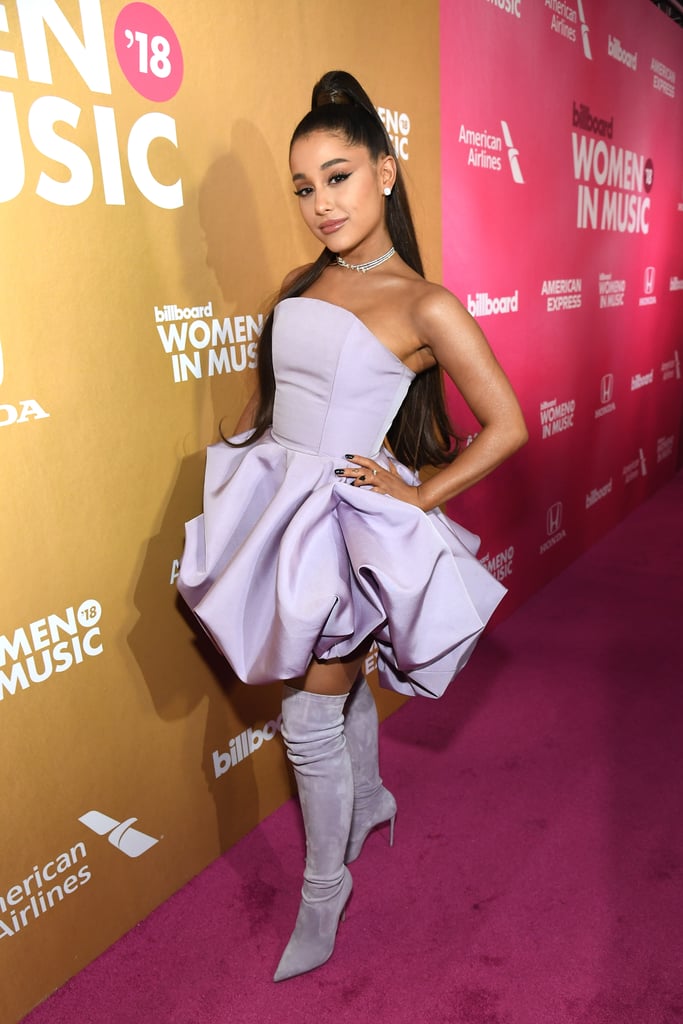 Ariana Grande was recently crowned Billboard's 2018 Woman of the Year, and on Thursday, the 25-year-old singer celebrated the special honour at the award ceremony in NYC. Clad in a lavender dress and thigh-high boots, Ariana was practically glowing when she hit the pink carpet. Once inside, Ariana met up with Alicia Keys and Billboard's Trailblazer Janelle Monáe, and the trio snapped a series of cute selfies together on their phones.

Ariana's fun outing comes nearly four months after the release of her Sweetener album and a week after she dropped her nostalgic "Thank U, Next" video. And if you thought she was done, you were wrong. Not only has Ariana been teasing another single titled "7 Rings," but she's also prepping to release her fifth album. While Ariana says the album is "not particularly uplifting," she did say it's full of "feminine energy and champagne and music and laughter and crying." We can't wait to hear it!

Related:
26 Subtle Details You Might Not Have Noticed in Ariana Grande's "Thank U, Next" Video
Previous Next Start Slideshow
Ariana GrandeRed Carpet
Around The Web

Celebrity Style
This Is What Award Season Will Look Like This Year, According to Hollywood Stylists
by Andrea Cheng 29/1