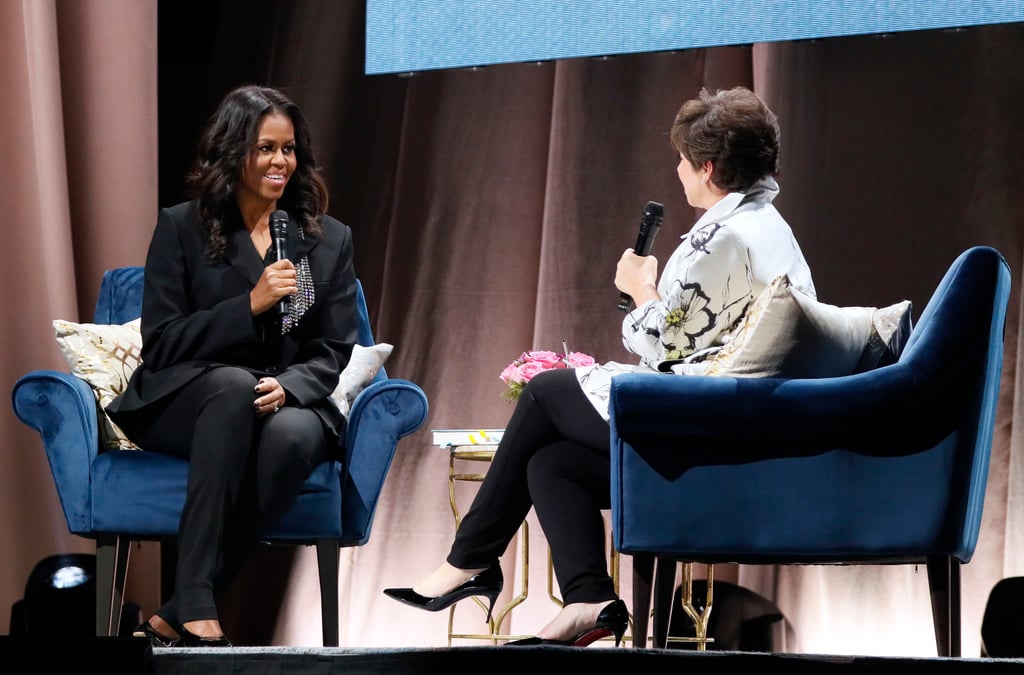 Barack Obama Surprised Michelle With Roses on Her Book Tour — and Yes, the Crowd Went Wild

What's better than seeing Michelle Obama speak about her memoir in person? Seeing Barack Obama surprising her as she does so. On Nov. 17, the former first lady discussed Becoming with Valerie Jarrett in Washington DC. As Michelle began talking about Barack and their marriage, the former president casually strolled out with a bouquet of pink roses.

The packed arena went wild and Michelle said, "You don't get this at every show." Barack then added, "This is like when JAY-Z comes out during a Beyoncé concert." He then briefly joined in on the conversation and delighted the audience with anecdotes from when they began dating. See pictures and videos from the romantic surprise ahead.

Related:
Michelle Obama Explains How She and Barack Are "Finding Each Other Again"
Previous Next Start Slideshow
Celebrity CouplesMichelle ObamaBarack Obama
Around The Web