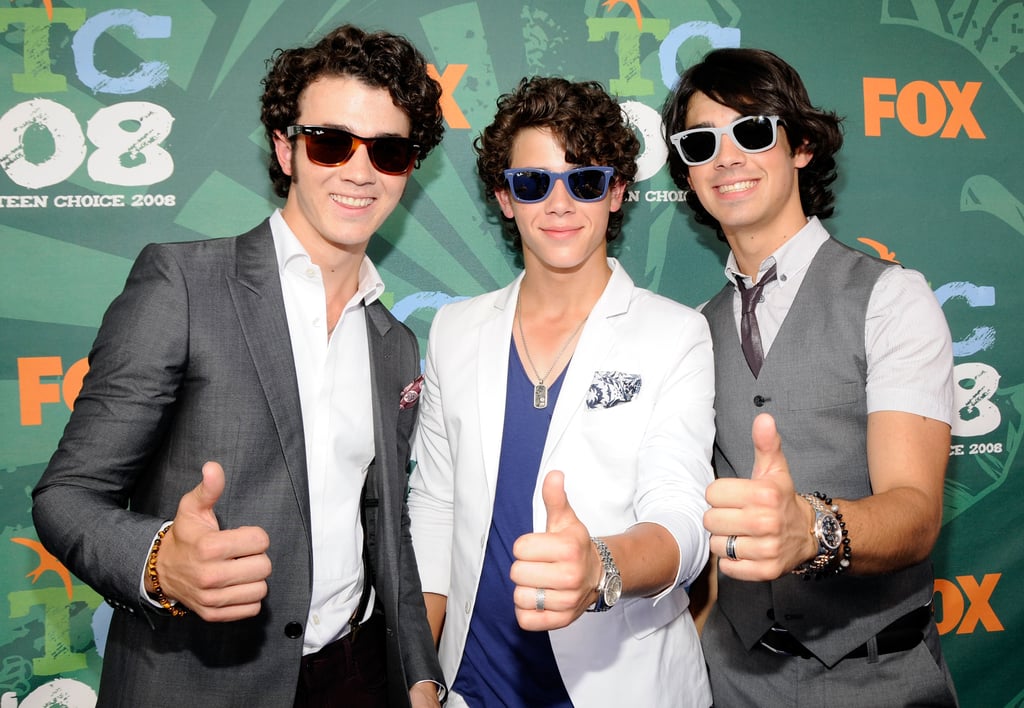 The Jonas Brothers at the Teen Choice Awards in 2008

The Jonas Brothers are returning to the Teen Choice Awards after almost six years! On Sunday night, the brothers will receive the decade award for their incredible career evolution. Kevin, Joe, and Nick have certainly changed a lot over the years, and their appearances at the Teen Choice Awards are solid proof of that. From attending the show with Miley Cyrus to promote their Best of Both Worlds tour in 2007 to their hosting gig in 2009, the brothers have had a lot of memorable moments at the award show. Ahead of their upcoming appearance, look back at some of their best pictures from the Teen Choice Awards over the years.

Related:
Jonas Brothers Will "Definitely" Tour This Year — Here Are All the Details About Their Reunion
Previous Next Start Slideshow
Award SeasonTeen Choice AwardsJonas Brothers