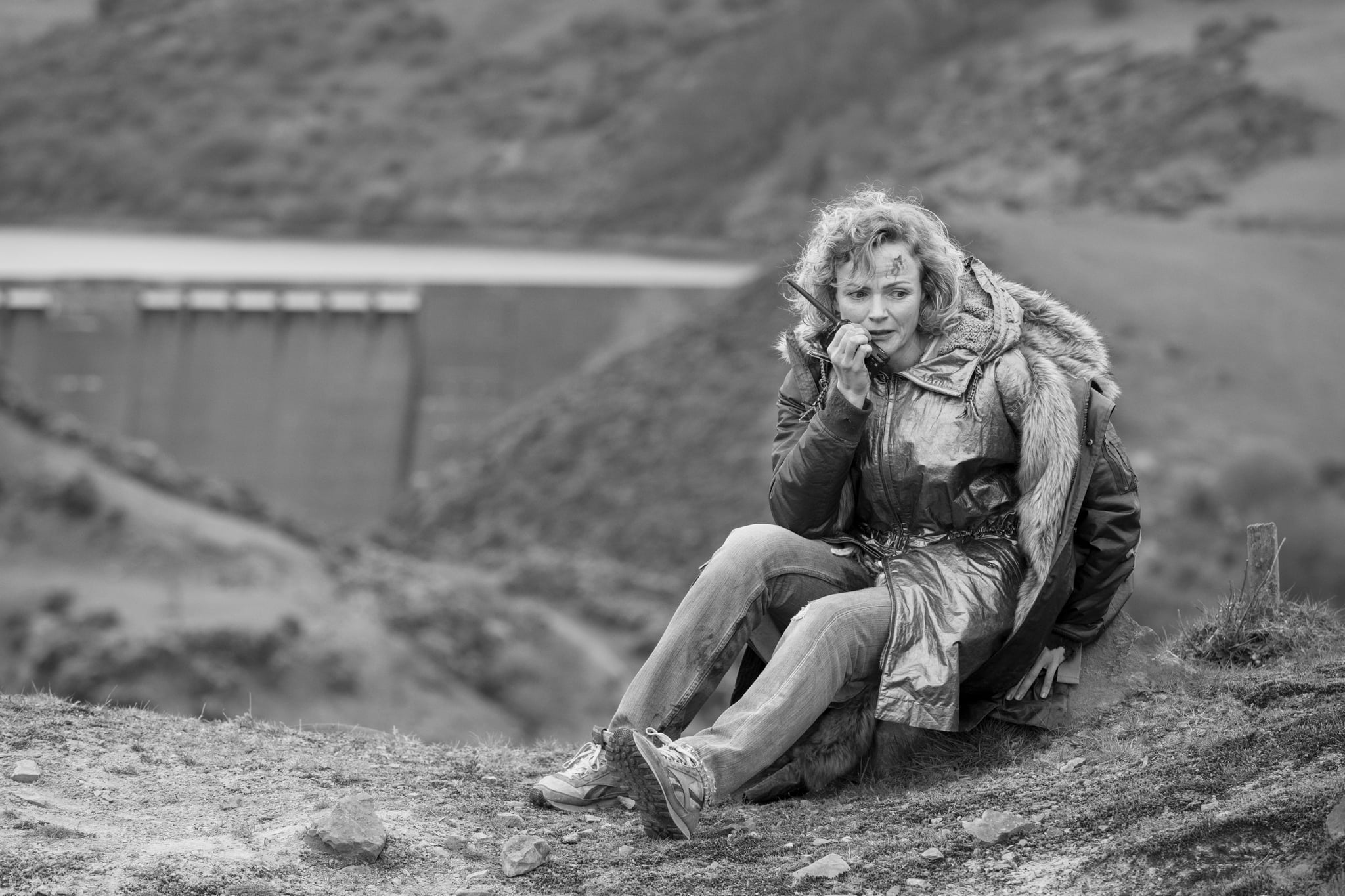 Just about every instalment of Black Mirror is informed by some amount of bleakness. (Even the universally treasured happy dance that is "San Junipero" requires its protagonist to give up the possibility of eternity with loved ones.) But none have been quite as vastly demoralising as season four's "Metalhead."

The first fully black-and-white episode of the series is also the shortest, but the tight runtime and hueless presentation only help to ratchet up tension and dread even more. Not that the episode needs any help being a gut wallop, of course; the concept of murderous animatronic animals running roughshod over former human stomping grounds is quite enough to infect all our nightmares, but the atmospheric elements certainly fit with the macabre mood of this Black Mirror moment all the same.

Even so, "Metalhead" comes dangerously close to being a complete divergence from the tempo and thematic worldview of its episodic peers. Let's walk through how it works. (If you've just watched the episode and don't need a summary, skip past the next section and start reading below the white bears.) 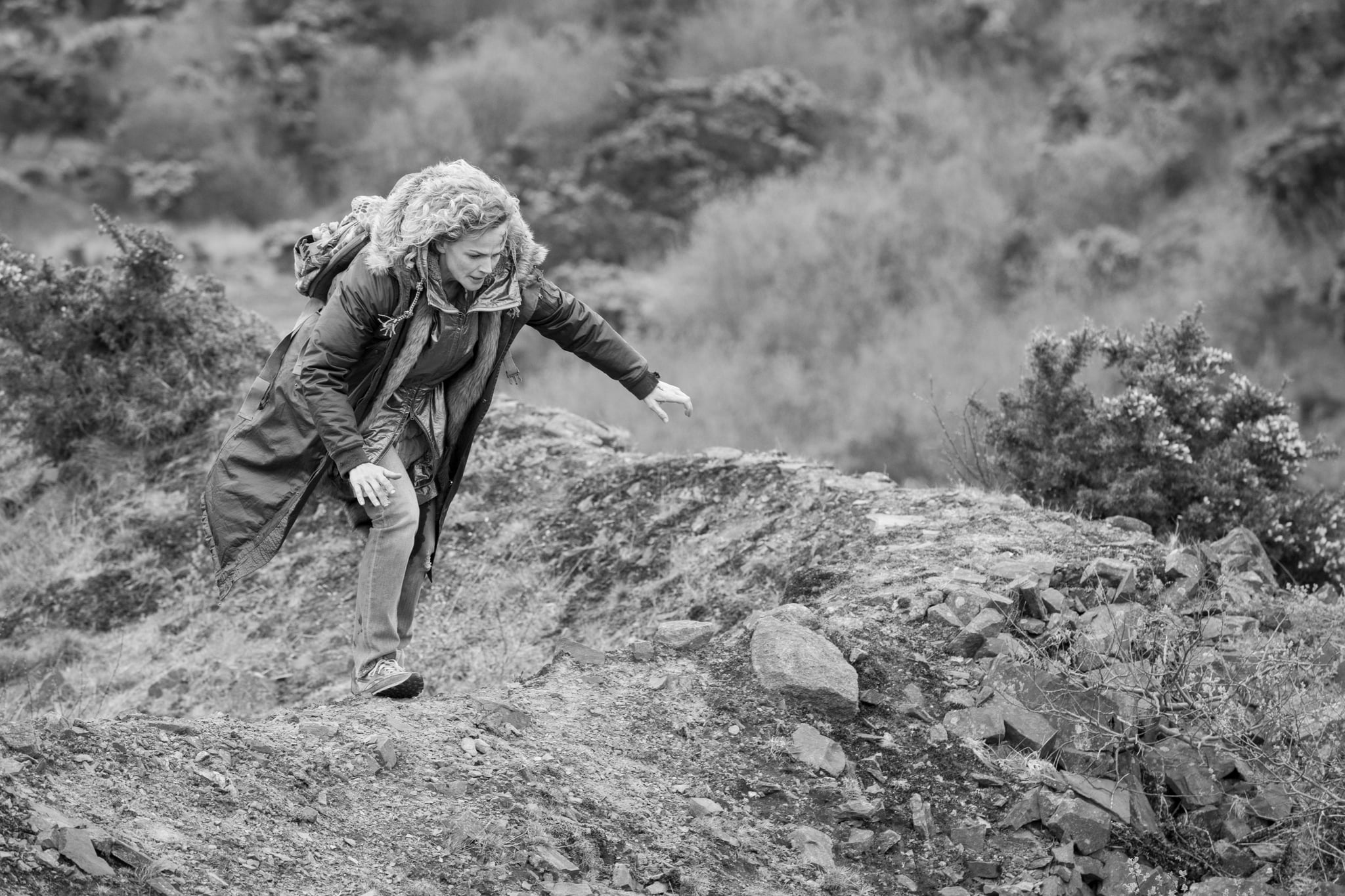 In the episode, we meet a trio of travellers who are braving the abandoned Scottish Moors in search of an item that might bring comfort to a dying child. It won't save the chap from whatever ailment has rendered the landscape so barren of life, but if it makes him even a little happy, it's worth the risk to the group's leader, Maxine Peake's Bella.

They're driving old-school vehicles and brandishing throwback radio devices, which makes the time setting of the piece even harder to pinpoint with the two-toned lens . . . until we're introduced to the dog, a robotic monstrosity that's built to kill and probably belongs in the same militaristic complex universe as "Men Against Fire."

The metallic hellbeast is equipped with not just blaster guns and the ability to hack anything with a port plug, but it's also able to spray its victims with a shrapnel blast full of tiny, painful trackers to ensure nothing can truly get away. As her two cohorts are mowed down in short order, Bella is hit with one tracker pellet in the melee against her cohorts and only manages to escape the dog by trapping it in her vehicle and giving it one last nudge off the side of a cliff. This briefly incapacitates the creature long enough for her to (excruciatingly) remove the tracker and send it up river in a water bottle, in hopes of throwing the beast off her trail.

As bad luck would have it, though, the creature can also track footsteps based on heat patterns and can triangulate the location of her voice as she delivers an all-too-long monologue into the walkie-talkie she's been carrying. The dog eventually catches up to her, but it's unable to chase her up the side of tree thanks to a bit of leg damage from the earlier crash. As the robot hunkers down to wait her out, Bella notices it has another weakness: it's battery-powered. So, she works through her own exhaustion to methodically awaken the creepy creature again and again until it's fully drained of juice, which is when she makes her move.

She manages to gain access to a gated modern home that has a shotgun with two shells, a pair of decaying corpses that must have claimed their own lives ages ago when all of this chaos began (and seem a bit lucky for their peaceful ends, comparatively), and the keys to a car that doesn't crank. Instead of making another break for it, she decides to clean up, not knowing the dog's back on her trail, fully charged from its rest and bolstered with a new knife-hand from the swanky kitchen. Even so, our survivalist does manage to defeat the dog by pouring paint over its visual sensors and using audial distractions to confuse it long enough for her to blast its head off with the two precious bullets she's acquired from the homeowners.

But the dog does have one last act of menace left up its manufactured paunch and sprays another round of tracking sharps at her before collapsing. This time, they're embedded in her face, and there are at least three of them. She either doesn't have the will or the time to take them out, so she delivers an emotional goodbye on her walkie-talkie (without any confirmation that anyone's in range to hear) before putting her pocket knife to her own throat.

It's then that we get to see the scale of this mechanical melee, as another pack of dogs are shown crawling across the landscape — some still hunting her, others taking in the wreckage of the warehouse fallout. And it's the latter glimpse that finally reveals what all this loss was for. What the three meant to steal from the warehouse in the beginning is not medicine or weaponry but a simple child's teddy bear.

The fact that it's a white bear — a wink to the series-defining episode "White Bear" — is surprisingly just a coincidence as creator Charlie Brooker told Entertainment Weekly that the toy would actually appear yellow if director David Slade hadn't opted to shoot in monochromatic format. But in a season full of Easter eggs, having that little wink inadvertently saves the episode from being a complete stand-alone.

Per Slade, the choice to stick to greyscale for the episode is meant to impose on the viewer, as it does. He tweeted: "I wanted everything about this world to appear oppressive, for the skies and the vehicles and the architecture to be etched out of metal. Everything had to feel heavy." Indeed, the choice is jarringly effective, as it imbues a Hitchcockian air of apprehension into every shot, even a benign one, like when she's taking in the cleanliness of the home she's taking refuge in.

A second elemental shift that made a big difference is the fact that Brooker opted not to go with his original plan for the dogs. He told EW that the episode's dogs were initially meant to be shown as human-operated, with the original script containing a cutaway to the central dog's owner pausing the controls to go and blithely bathe his child. Without that explanation in play, though, the mysteriousness of the creatures' origins and their violent takeover of the area makes them all the more terrifying, as they're hard to beat one on one and impossible to defeat en masse like this.

There have been plenty of robot takeover tales to cross the screens, but this has to be one of the grimmest yet. The episode is fit with the same rash violence as seen in "Crocodile" and a similarly ordinary landscape as "Arkangel." Almost all of the technological elements are absent in this episode, save one, so at times, it hardly feels like a Black Mirror episode at all . . . until the dog shows up again and does something even more horrendous than before.

The reason it works is that, like most of its contemporaries, it reveals a danger that's incredibly foreseeable based on current events. Brooker even based his idea for the episode off of an actual robot series of dogs that have remarkably similar movement patterns. In other words, the future is now, and if Charlie Brooker's vision of the consequences is any indication of what's to come, well, we're all right to be freaked.