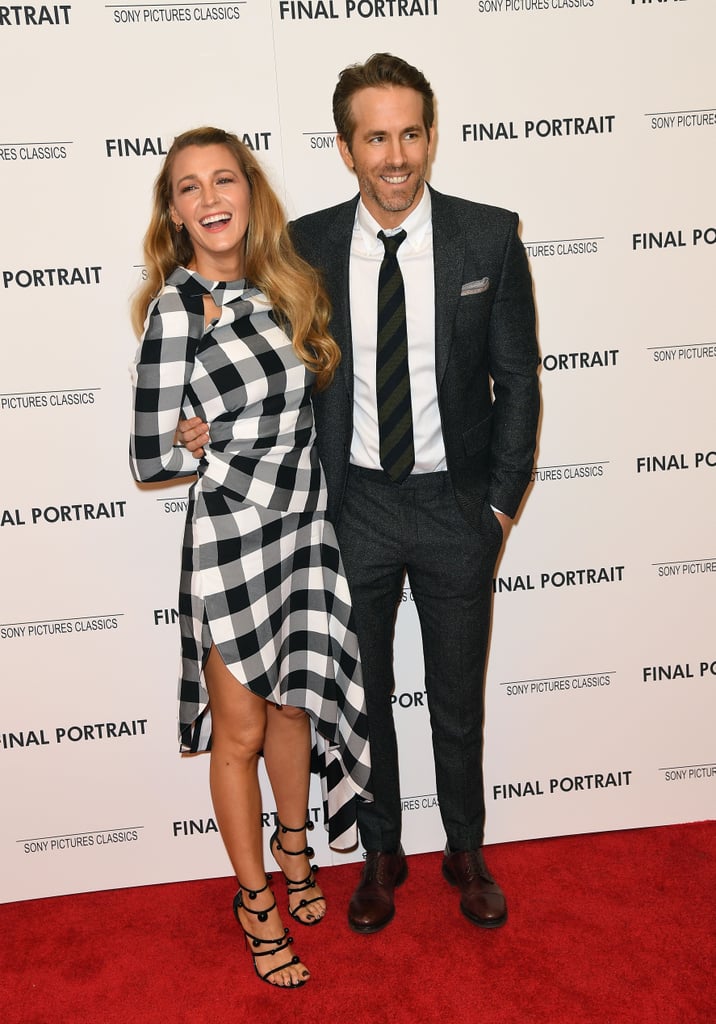 After almost a year of keeping us waiting, Blake Lively and Ryan Reynolds finally hit the red carpet together at the NYC premiere of Final Portrait on Thursday evening. Blake looked flawless in a black and white gingham dress, while Ryan cut a suave figure in dark grey tux. The couple exchanged loving looks and smiles while snapping photos together, but what made the event extraspecial was that it marked Blake and Ryan's first red carpet appearance in almost a year! That's right — can you believe it's been that long?

The last time we swooned over the picture-perfect pair was at the Met Gala last May, though Blake did hit the red carpet just last week with her mum, Elaine, and older sister Robyn at the launch of Lorraine Schwartz's new jewellery line in LA. Oh, and did you happen to catch Ryan's joke about Blake in the new Deadpool 2 trailer? We've missed you, Blake and Ryan!

Related:
Why Ryan Reynolds and Blake Lively Are the Cutest Couple
Previous Next Start Slideshow
Celebrity CouplesRed CarpetBlake LivelyRyan Reynolds
Around The Web